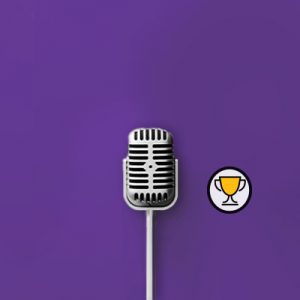 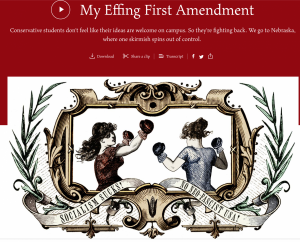 As political battles go, the brief August standoff outside the student union at the University of Nebraska at Lincoln was nothing exceptional: a student recruiting for a conservative group, a smattering of protesters, and a few ugly words exchanged.

So how did the incident become a cause célèbre that held the campus, the statehouse, and people across the state and country in its thrall for months? A team of journalists ask that question in “My Effing First Amendment,” a collaboration between This American Life and The Chronicle of Higher Education. The answers they uncover add up to a troubling parable of our strange and strained political discourse.

“Both the audio and the excellent, related print piece by Steve Kolowich present a compelling portrait of a confrontation in Nebraska that illustrates how our polarized culture is challenging and challenged by free speech on college campuses.”​

“Great tape, timely story. This is an important issue, and each side is presented fairly here.”

“I appreciated the strong character development around both the conservative student, Kaitlyn Mullen, and the liberal professor, Courtney Lawton.”