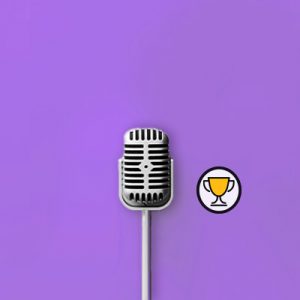 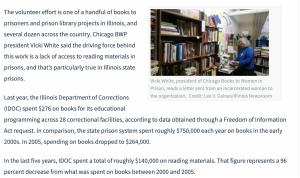 Using public records requests after a tip, reporter Lee Gaines discovered that spending on books for libraries as well as for educational programming across more than two dozen state prisons fell from roughly $750,000 in the early 2000s to just $276 last year.

“What a fantastic and unexpected story. Great use of open records requests. And great job looking where no one else was looking — at a population that is often ignored. The piece includes a nice visual-sound scene at the start. Strong voicing. Compelling cuts from a former prisoner.”

“Great reporting by Lee Gaines. Lee noticed a disparity, used FOIA to find evidence of books spending, found people affected by the cuts in books, and helped listeners get greater awareness for the connection between the cost of education and the cost of recidivism.”