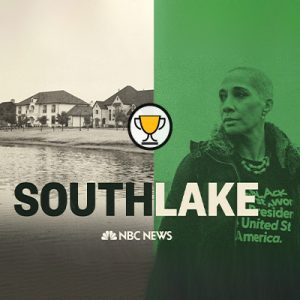 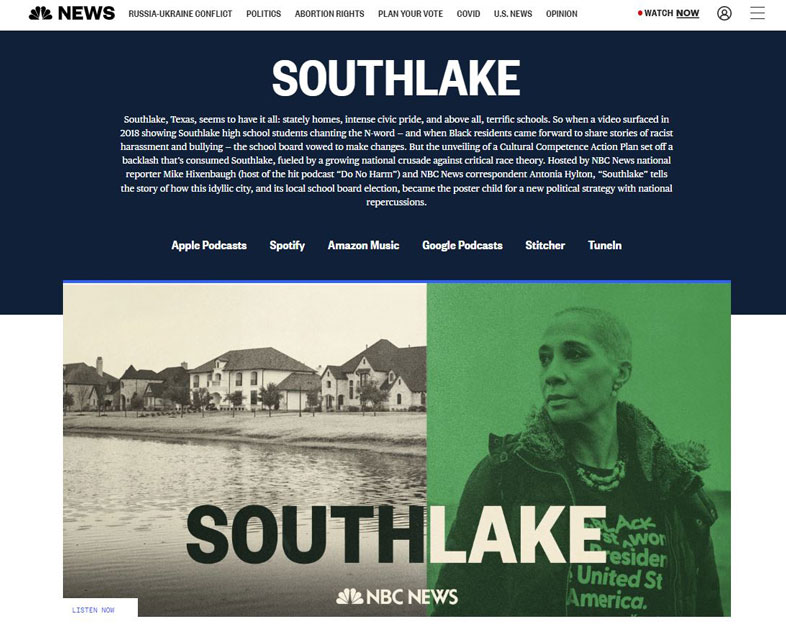 Reported and written by NBC News national investigative reporter Mike Hixenbaugh and NBC News correspondent Antonia Hylton, with help from other NBC News staffers, Southlake tells the story of how this seemingly idyllic city became a symbol of a new national reckoning over race and education. The podcast offers a rare ground-level look inside a racial and cultural fight.

“This was incredibly well done – highlighting a debate that is taking place in communities around the nation. The voices were strong and the storytelling was compelling. The depth of the reporting added context that is sorely missing from most of the coverage of the debate about changing attitudes within schools – and communities.”

“They magnificently delivered on their effort to produce a ‘rare ground-level look inside a racial and cultural fight,’ and the piece deftly handled some of today’s trickiest and most sensitive issues. Southlake was compelling from start to finish, solidly reported, had quality audio, and had a tremendous impact on the local community and nationally. Other outlets tried to tackle this issue, but no one did it as well as NBC News.”