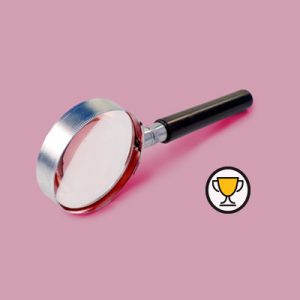 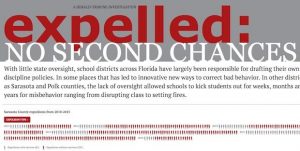 This statewide investigation of school expulsions examines how and why one of Florida’s highest-performing districts also became a leader in kicking kids out of school, prompting the district to revise its approach to the controversial disciplinary practice.

“I am impressed with the meticulous reading and cataloging of board minutes to get to the truth. The fact that the stories also prodded changes in the way the district deals with truants and its promise to grow restorative justice programs prove that doggedness and old-fashioned shoe leather reporting are still vital to the public.”

“Most reporters who have covered school board members will be familiar with the mindless approval of disciplinary measures included on a consent agenda. Shelby Webb followed her curiosity and produced this deep dive on a very important issue, and took some pains to get the data she needed. The personal stories were incredibly compelling.”