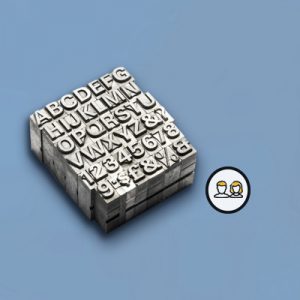 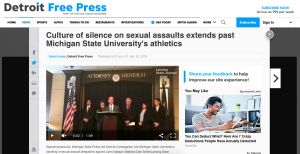 David Jesse broke many important stories as he covered Michigan State University’s mishandling of sexual assault accusations against Dr. Larry Nassar. His reporting for the Detroit Free Press gave disturbing insight into the dismissive way the university treated victims, and had real impact, including staffing changes inside MSU and public apologies from MSU staffers.

“There are clear examples of in-depth reporting and exploring multiple angles. They clearly show the impact of the situation on the students. But most of all, the reporter went to great lengths to humanize the situation.”

“I’m impressed by the amount of history and context he’s able to bring. And while it would have been easy to just produce reactionary stories as the news came out, it seems like Jesse pushed for new information, new context, new angles. The reporting was outstanding.”