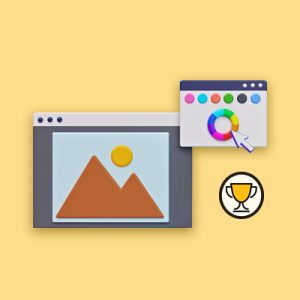 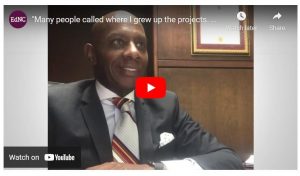 Robert Kinlaw, director of multimedia for EducationNC, interviewed Anthony Jackson, North Carolina’s 2020 superintendent of the year, to feature him in a video profile created from a Zoom recording. Because of the pandemic, filming would be challenging beyond that, so Kinlaw decided to create simple hand-drawn illustrations inspired by photos from Jackson and others. The entire four-and-a-half-minute video took around 175 hours to complete.

“Visually appealing way to pivot from a video/zoom interview for a profile. Can tell that a lot of work went into the animating of the profile, presenting a vivid portrayal of Dr. Jackson.”

“So nice seeing the backstory of someone who received statewide recognition. Sometimes we report the award and forget that there is a person behind that award. I particularly like how you found one aspect of his life to use as the angle and went after that.”