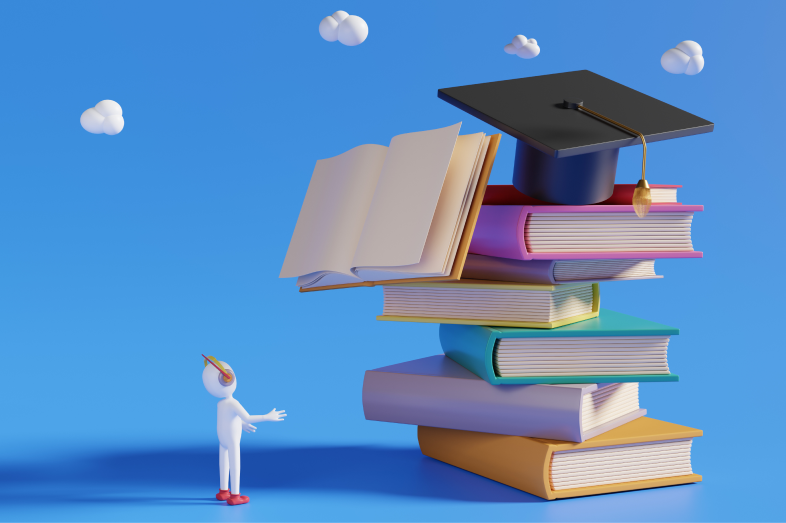 Consolidation combines multiple federal loans into a single, new loan. It does not reduce the amount of interest a borrower pays — the new loan will carry a weighted average interest rate of the existing loans — but consolidation can be useful to access certain repayment plans. If a borrower has loans from before 2011 or a Perkins loan, consolidation is necessary to access income-driven repayment or Public Service Loan Forgiveness.

Borrowers may be eligible to have their federal student loans discharged if the loans were used to attend a college that misled them. For much of its history, the borrower deference law was rarely used. But in the past five years, more than 300,000 borrowers have filed claims, most of them related to the for-profit chains Corinthian Colleges and ITT Technical Institutes. Debt relief for students defrauded by their colleges has been slow, a source of two lawsuits, which accuse Education Secretary Betsy DeVos of delaying or blocking the process.

A cosigner is essentially a co-borrower, agreeing to pay a loan if a student is unable to do so. Almost all private loans for undergraduate students are cosigned, because students lack the income or credit history to qualify on their own. Federal loans do not require a cosigner. The one exception is for Direct PLUS loans for parents or graduate students. If a parent or graduate student has an “adverse credit history,” they can still receive a loan if they have a cosigner (called an endorser by the federal government) on their application.

A variation of free public college proposals, debt-free college means that students may still pay tuition or other fees but charges would be low enough that students could afford them without needing to borrow.

A borrower goes into default after missing nine months of payments. Default rates are increasing despite access to flexible repayment programs. About 25% borrowers default, and one expert estimates it could jump to 40% in the coming years.

Borrowers can request a deferment, which postpones monthly payments, for a variety of reasons, including unemployment or economic hardship. All students receive an in-school deferment while enrolled at least half-time. Interest continues to accrue in deferment, except for subsidized loans.

The federal loan program through which undergraduates, graduate students, and parents borrow. The government switched to the Direct loan program — sometimes called Stafford loans — in July 2010. Direct loans are the most common type of federal loan.

Most federal student loans carry origination fees on top of the fixed interest rate. Undergraduate loans have fees around 1%. Direct PLUS loans for graduate students and parents have origination fees above 4%.

Federal Family Education Loan program was the major federal lending program for decades, before the switch to Direct loans in 2010. Through the FFEL program, private lenders provided student loans that were guaranteed by the federal government.

Similar to a deferment, a forbearance postpones monthly payments on loans. Interest continues to accrue on all loans and that interest will be added to the principal debt when a forbearance period ends. A federal student loan forbearance can last up to 12 months at time, and then a borrower has to request a new period of forbearance from their servicer.

When the government discharges a borrower’s outstanding debt. There are already a few paths to forgiveness, including through borrower defense, Public Service Loan Forgiveness and income-driven repayment plans. Some Democratic lawmakers would like to see more universal forgiveness.

A broad term that includes several different government plans that reduce borrowers’ payments to between 10% and 15% of their modified adjusted gross income. The specific plans are: Income-Contingent Repayment, Income-Based Repayment, Pay as You Earn, and Revised Pay as You Earn. Each has slightly different qualifications. See a breakdown here.

Instead of lending money to students, investors buy a share of a student’s future earnings under income share agreements. Supporters of the model say they reduce risk for the student — a student only pays if they land a decent-paying job — and it ties colleges’ finances to their students’ outcomes. But there’s currently little consumer regulation in the ISA industry, and the model is rare at traditional two- or four-year colleges.

Interest rates on federal student loans are fixed rates that are set once a year, based on the 10-year Treasury note auction. New rates take effect every July 1. The rates have been set this way since 2013, when Congress passed a law to have fixed rates set each year based on market conditions.

A term describing wealthy colleges that do not issue loans in their financial aid packages. This doesn’t mean students at those colleges don’t borrow, just that colleges won’t require families with demonstrated financial need to borrow.

Under PLUS loans, graduate students and parents can borrow up to the full cost of attendance. PLUS loans are more expensive than other federal loans and because they’re disbursed without respect to a borrower’s ability to repay, the loans can trap parents in unaffordable debt.

Designed to entice graduates into lower-paying but important public sector jobs, the Public Service Loan Forgiveness program forgives the debt of borrowers working in qualifying jobs after 120 monthly payments. Early participants have found a complicated, opaque process, and the large majority of applicants so far have been rejected.

Most student borrowing is through federal student loans, but there’s still more than $120 billion of outstanding private loans. Private loans are based on creditworthiness — most college students need a cosigner to qualify. They are more expensive than federal student loans and they lack the same protections and flexible repayment plans, so most consumer experts recommend students use them only as a last resort.

Cosigners are obligated to repay private loans if the borrower is unable, and it’s an obligation that’s very difficult to escape. Despite marketing materials saying lenders will allow a cosigner release after a certain number of on-time payments, very few lenders actually grant releases. A report from the Consumer Financial Protection Bureau in 2015 found 90% of release applications were rejected.

Refinancing a loan is reapplying to a private lender for a new loan, ideally to secure better terms. The option is relatively new for federal student loan borrowers, gaining traction in the past five years. Refinancing can give certain high-earning, creditworthy borrowers access to lower interest rates and help them save money. But it’s extremely difficult to qualify for the lowest published rates. Refinancing also requires borrowers give up access to protections and flexible repayment plans in the federal system.

After a borrower defaults on a loan, she can choose to rehabilitate it by agreeing to an affordable monthly payment amount with a servicer or collection agency, and then making nine on-time payments in a row. Rehabilitation erases a default from your credit report, but you only get one shot at it. If you default after a successful rehabilitation, you won’t be able to use the process again.

To discharge student loans through bankruptcy, a borrower must demonstrate the extent of their financial struggles. The term “undue hardship” isn’t defined by law, so courts use different tests to assess need. Legal experts rely on what’s known as the Brunner Test, stemming from a previous case. It requires borrowers to prove they are currently unable to repay, that their financial circumstances are likely to continue, and that they’d made an effort to repay. That’s in part because federal law requires borrowers to prove the extent of their financial struggles in order to get rid of student debt in bankruptcy, a process that has a reputation for being challenging.

Share
Related Issues
Data/Research: Student Loans
Understanding the data behind student loans is essential for reporters covering this beat
History and Background: Student Loans
Students loans — and especially today’s widespread reliance on them — are a relatively recent phenomenon in the American higher education system
Debunking Common Student Loan Myths
Most American adults do not have student loans; just under one in five do. That’s in part because many Americans don’t go to college, but even among those who do, 40% of two- and four-year student
What to Know About Debt Forgiveness
In the years since the presidential candidate Bernie Sanders introduced the idea of widespread debt forgiveness into the mainstream, it’s become a common rallying cry among younger, progressive vote
Five Fresh Student Loan Story Ideas
Fertile ground for journalists include forgiveness, parent loans and claims of victimhood
Student Debt and Race
A college degree is widely considered one of the most reliable paths toward upward economic mobiilty
Load More
x