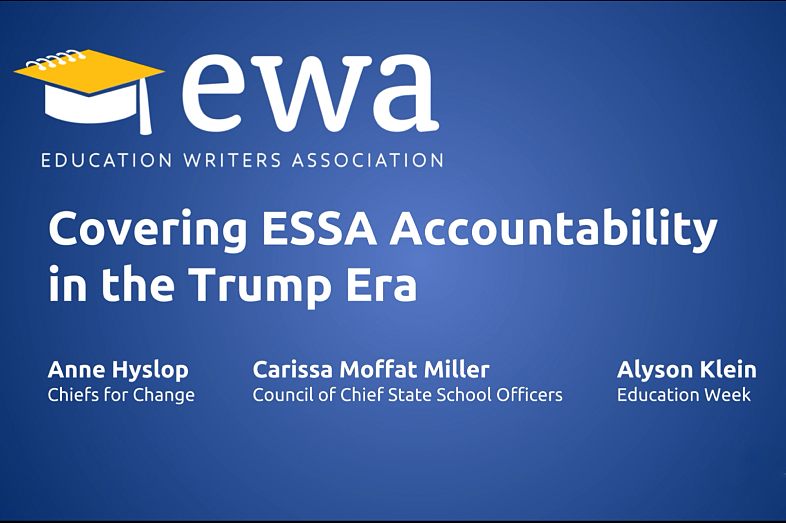 In this EWA webinar, we unpack what the repeal vote and department guidelines will mean for states and school districts. We also probe where states are heading as they seek to rewrite their accountability plans. How will those plans be received by federal reviewers in the Trump administration? In what ways are states veering from their previous approaches to accountability? Are they embracing new measures of school quality? Will test scores continue to be the driving force? Will recent developments in Washington spark any last-minute pivots in states? What questions should journalists ask as they look at state plans?