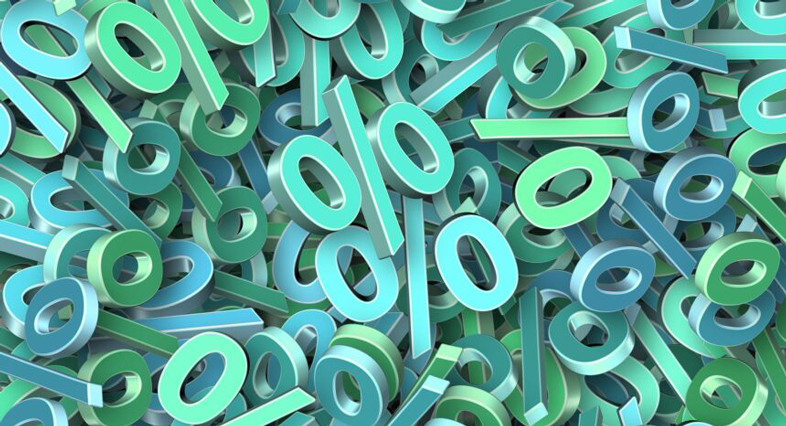 Many people get ‘percent change’ and ‘percentage-point change’ confused. Use this tip sheet, featuring insights from data journalism pioneer Jennifer LaFleur, to get it right.

This blog was republished with permission from The Journalist’s Resource, which published it Oct. 5, 2022. (Disclaimer: The author serves on the board of directors for the Education Writers Association.)

When you’re reporting on changes in numbers such as state funding, crime rates and opinion poll results, it’s important to tell audiences how much a number has risen or fallen over time. Before you can do that, though, you need to know the difference between “percent change” and “percentage-point change.”

“Percentage change and percentage-point change get mixed up all the time,” says Jennifer LaFleur, a senior editor at The Center for Public Integrity who has taught classes and workshops on using statistics in news stories for more than a decade. She also teaches data journalism at American University.

That’s why we created this tip sheet, with LaFleur’s help. Together, we came up with four tips to help journalists master these key mathematical concepts.

1. Keep in mind the “percent change” is the rate of change. Use “percentage point” to indicate the amount of the change.

We use “percent” to describe how much a number has changed in relation to a previous number.

As an example, let’s say state legislators set aside $30 million to fund a new traffic safety program in 2021. This year, they budgeted $38 million.

Based on that information, we can say funding for the traffic safety program increased almost 27% from 2021 to 2022.

While you can do the math yourself with these step-by-step instructions, it’s easy to find a percentage change calculator online.

It’s worth noting that Associated Press style calls for using the symbol for “percent” in news stories but writing out “percentage point.”

2. Be extra cautious when comparing percentages because this is where many people make mistakes.

If a local county health department reports that its percentage of children diagnosed with autism increased from 1% in 1981 to 5% in 2021, it’s accurate to say the diagnosis rate rose 4 percentage points over that period.

The rate did not rise 4%. In this scenario, the diagnosis rate jumped 400%, or five-fold.

Because this type of error is common, LaFleur encourages journalists to double check percentage-change figures in government reports and other documents — including news stories from journalists at the same news outlet.

“Part of the problem is, oftentimes, there’s not someone in the newsroom who’s spotting [these types of errors],” she explains. “A reporter might have done it for years and not realized what they were saying is wrong.”

3. When covering a story based heavily on numbers, look for ways to eliminate some numbers without sacrificing meaning or context. For instance, instead of reporting that tuition at a local college increased 100%, say it doubled.

Because number-heavy stories can confuse and overwhelm audiences — and some people avoid them — choose carefully which numbers you want to highlight. Both the Poynter Institute and the Donald W. Reynolds Center for Business Journalism recommend no more than three numbers per paragraph.

LaFleur suggests replacing some numbers with words to help audiences grasp information quickly. Many people will immediately know what you mean when you say a number doubled, tripled or grew four-fold. Because it’s less common to say a number rose by 100%, 200% or more, some people may need to stop and do some math to figure out what that means.

“I always just advise people to keep it in as simple terms as possible,” LaFleur says.

Journalism and higher education organizations offer a variety of online courses, in-person trainings and other resources to help reporters and editors brush up on their math skills and build new ones. Here are some:

Temple University mathematician John Allen Paulos underscores the importance of mathematical literacy in a column he wrote for ABC News in 2004. He explains how a mathematical error in news coverage about a plan to partially privatize Social Security minimized the plan’s impact.

“Usually in print and almost always on television, the proposal is said to call for 2% of Social Security taxes to be diverted into private accounts,” he writes. “Looking a little further, however, one can find a few stories noting that the 6.2% of the average American’s taxable income that goes to Social Security taxes will be cut to 4.2%. That’s a 2 percentage point cut — not a 2% cut, but a 32% cut! This will leave a huge hole in Social Security revenues for present retirees.”

Paulos later wrote the book, “A Mathematician Reads the Newspaper,” published in 2013. In it, he examines news coverage, pointing out logical fallacies and other ways numbers can mislead.

Other books worth checking out

She joined The Journalist’s Resource in 2015 after working as a reporter for newspapers and radio stations in the U.S. and Central America, including the Orlando Sentinel and Philadelphia Inquirer. Her work also has appeared in publications such as USA TODAY, the New York Times, Chicago Tribune and Washington Post. She has received a multitude of national, regional and state-level journalism awards and was named as a Pulitzer Prize finalist in 2013 for an investigative series she led that focused on hazing and other problems at Florida A&M University. Ordway was a 2014-15 Fellow of Harvard’s Nieman Foundation for Journalism. She also serves on the board of directors of the Education Writers Association. @DeniseOrdway

Share
Author
Denise-Marie Ordway
of The Journalist's Resource
Related Skills
A Tale of Two Math Terms: An Infographic Story About When to Use Percent Change vs. Percentage-Point Change
Meanville, USA, was an average American town. Until one day, a local journalist had to figure the best way to explain how town administrators planned to spend a sudden windfall ...
Load More
x