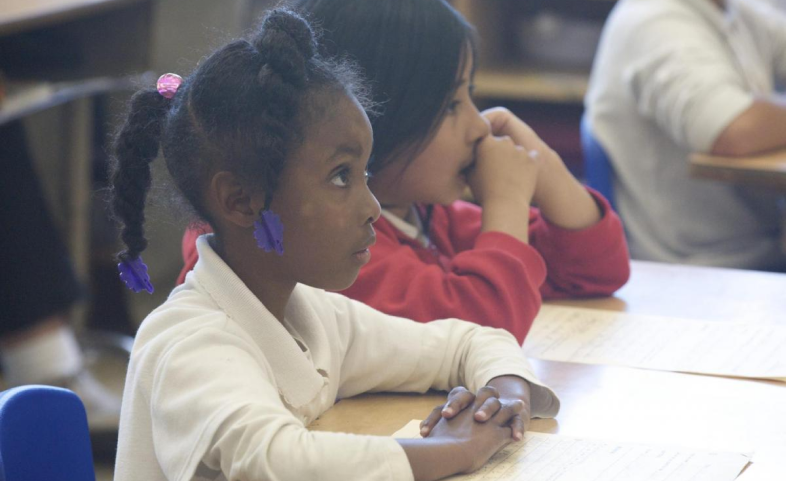 What Students of Color Need From Their Teachers

In 1987, 13 percent of public school teachers were educators of color, according to national data. Three decades later, while the teacher workforce is more diverse, teachers are still mostly white. Meanwhile, more than half of the public school population today is students of color.

Why does this disparity matter for students and learning? A plethora of recent research indicates that exposing students of color to teachers who look like them has academic and other advantages.

During the 2019 EWA National Seminar, one session explored how all teachers, but in particular white teachers, can better address the challenges and needs of students of color.

The Critical Role of Teacher Prep

Cherng said his research identifies systemic inequities in K-12 education that teacher preparation programs don’t address. One of his studies showed that black students need to earn an A- for a teacher to recommend them for honors math, while white students need just a C+.

Forcucci, a white educator who was named Delaware’s 2018 Teacher of the Year, said she came into the classroom unprepared.

“I don’t think what we’re doing is translating into culturally responsive practices,” Forcucci said. “It’s not something to check a box or teach a James Baldwin book and be done with it. Loving kids does not equal inclusivity.”

She said changing the culture within her school, which is 70 percent white, was incredibly difficult. Forcucci was among teachers pushing the district to provide culturally responsive training, but it ended up becoming a more teacher-led effort. Teachers meet and discuss culturally responsive lessons.

“Students say they just want to be heard and lead their learning experience,” Forcucci  said. “When students of color feel represented in the lessons, … this makes a big difference. It benefits white students, too.”

In a TED-Ed talk, Forcucci recounted her experience becoming an advocate for culturally responsive teaching.

“How do people like me — white lady teachers, because that’s what the majority of our nation’s teachers look like — how do we make sure we’re delivering rigorous content in a safe environment where our kids are taking risks and growing?”

She doesn’t recommend particular strategies — “I don’t have a bullet-pointed listicle, and too many people are looking for that easy tool. It doesn’t exist.” Instead, she recommends listening, self-reflection and empathy.

Speaker Matthew Kay, a black teacher in Philadelphia, recently authored a book, “Not Light, But Fire: How to Lead Meaningful Race Conversations in the Classroom.” It offers guidance to white teachers on how to become more culturally competent and aims to help teachers become aware of their own blind spots.

“Teachers saying they are colorblind is a foolish stance for teachers to take,” Kay said. “If you are never thinking about race, that is a privilege. It’s always a part of our lives. You don’t recognize the totality of students’ experiences if [teachers] say they are colorblind.”

Some of Kay’s suggestions on how to teach about race include points that could apply to just about any kind of teaching:

But he also warns teachers to not make all race-based discussions focus on problems or controversy. And, he said, educators shouldn’t ask students of color to “lend credence to a teacher’s controversial opinions about race issues.” In other words: “Don’t ask minority students to speak for other members of their race,” he writes.

“Many times, it’s just an unduly inquisitive first glance at the minority student every time a racial topic is brought up.”