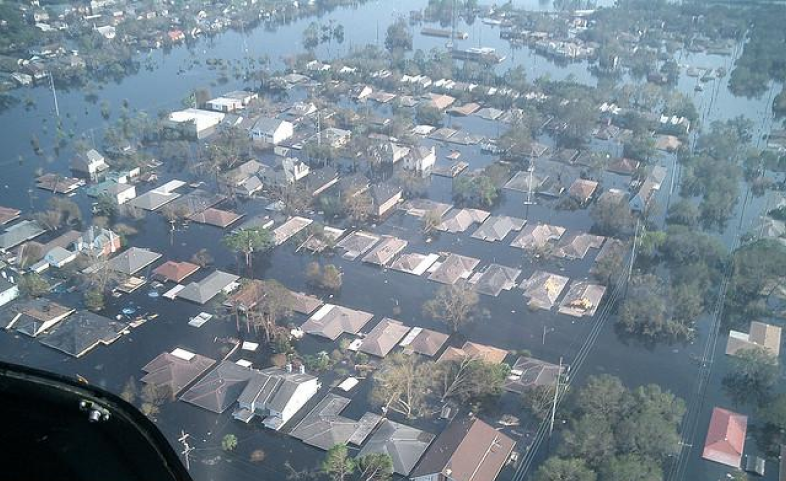 10 Years After Katrina, What Are the K-12 Lessons From New Orleans?

Nearly a decade ago, Hurricane Katrina devastated New Orleans, and, in doing so, catalyzed one of the most dramatic expansions of school choice in the country. With so many schools destroyed and students displaced, the state and city started from scratch.

Nearly a decade ago, Hurricane Katrina devastated New Orleans, and, in doing so, catalyzed one of the most dramatic expansions of school choice in the country. With so many schools destroyed and students displaced, the state and city started from scratch.

The New Orleans community is divided on whether the new order of education is a surprise blessing of the storm, or yet another part of its massive toll. Panelists at the Education Writers Association’s February seminar on charter schools and choice, located at University of Colorado Denver’s School of Public Affairs, explored the question of what lessons, if any, New Orleans’ extensive choice system offers to the rest of the country. Perhaps not surprisingly, there wasn’t a clear consensus.

Today, only five non-charter schools are left in New Orleans, among the 20 or so schools overseen by the Orleans Parish School Board. Most public schools in the city — about 60 — are charters schools in the state-controlled Recovery School District. No student is assigned a school based on where they live.

The panelists all agreed that, prior to the hurricane, New Orleans public schools were in a deeply troubled state. The school system was one of the lowest performing in the nation, many school buildings were in disrepair, mismanagement and fraud in the central office were seen as widespread, and financial problems had pushed the district to the brink of bankruptcy in the school year before Katrina struck, as a 2010 report from the Cowen Institute for Public Education Initiatives at Tulane University explained.

But on the question of if students in the city are better off since Katrina, the panelists diverged.

“On a quantitative level, there have been big improvements,” said panelist Kira Orange Jones, the executive director of the Greater New Orleans-Louisiana Delta Teach for America program and a member of the Louisiana Board of Elementary & Secondary Education.  Jones cited a dramatic decrease in schools marked as failing by the state of Louisiana, and increased passing rates on state standardized tests. At the time the storm hit, 64 percent of New Orleans’ schools were considered failing by the state; today, only 10 percent are.

“New Orleans literally went from the bottom school district ratings in the state to where it is now [38th of 70], and is increasing every year,” she said. “You have to sort of ask yourself what is happening.”

Echoing the national conversation about high-stakes testing, other panelists were unsure if the quantitative gains translated to a better education.

“One of the things charter schools do — which you can debate how good this is —   is really focus on tests, and really focus on academics,” said Doug Harris, a researcher at Tulane University’s  Education Research Alliance for New Orleans. “The question remains: how much of what’s going on is genuine better instruction?”

Sarah Carr, who previously reported on education in New Orleans for the Times-Picayune and the Hechinger Report and authored a book on the post-Katrina experience,, recalled a charter school that at one point exclusively taught science and social studies for a few weeks to boost its passing rates on those state exams.

Focusing so much on increased test scores might lead reporters to miss more important stories, said Carr, who now directs the Teacher Project at the Columbia University Graduate School of Journalism. “There needs to emphasis on thinking about where the schools need to be, and not always comparing them to the past.”

But Rasheed said other school systems could take away lessons about charter school autonomy — and how sometimes, it doesn’t actually end up providing parents with diverse schooling options.

“Part of the promise of charter [schools] is this idea of people having the autonomy to innovate and look at new ways of thinking about how we nurture and educate children,” she said. “New Orleans didn’t actually feed that early on. I think the result is that we have a lot of schools that are very similar in their approach.” (Tulane’s Education Research Alliance for New Orleans recently issued a report that provides a mixed assessment on how school choice is actually working for New Orleans families.)

Rasheed, who helped to start a charter school with a group of neighbors,  said a barrier to different educational options, and homegrown options, is the time it takes to write a charter application and start a school. National organizations or people, often not from the area, with more political connections, have had an easier time getting their plans for charters approved. She said the Louisiana Association of Public Charter Schools is increasingly providing support to community organizations who don’t have the time and financial wherewithal of more established educational organizations.

“It’s a lot of work writing this application, and thinking about your plans and pedagogy and all of that stuff,” she said.  “For a lot of community organizations that were interested in getting involved in that, they may not have had the capacity.”

Regardless of whether New Orleans offers answers to educators and the journalists who write about education about school choice, it does pose relevant questions, Carr said, citing shifting teaching demographics and training pathways, school closures, and the “promise and peril” of data in schools, which can both illuminate problem areas to educators and can cause unhealthy pressure.

“What happens in New Orleans speaks to kind of a lot of big questions and debates that are really reshaping urban school systems across the country,” Carr said.