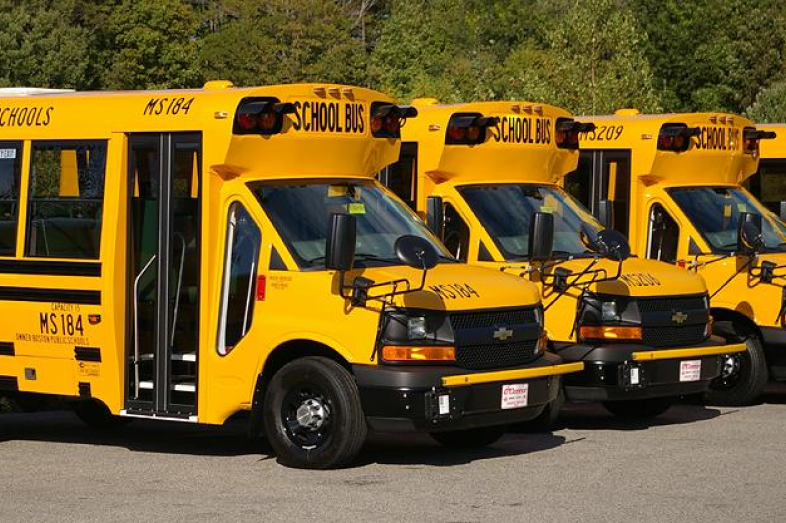 At the age of nine, Amalio Nieves saw his father die from gun violence in Chicago. And as a child, Nieves himself was robbed at gunpoint. Now he’s always thinking about his young niece Jordan and the year 2100 – when Jordan will be the parent of a child that leads America into a new, unknown century.

What kind of world will Jordan’s child face? With what types of jobs? How much of what we’ve always known in our lifetime will be outsourced or automated? But even in 2100, skills around social and emotional learning and wellness will be the same, Nieves said. “They’re critical, they’re essential.”

“I had positive and caring adults along the way that made me make it through the most traumatic events in my life, and they were great role models,” said Nieves, an assistant superintendent of social emotional learning and wellness for Boston Public Schools. He was joined by Stephanie Jones, an associate professor at the Harvard Graduate School of Education for a discussion at the Education Writers Association’s national seminar in Boston in May. They called for widespread education on and implementation of SEL programs in schools.

Jones characterizes SEL as instruction in social and emotional skills relayed in contextually and culturally appropriate ways, while establishing safe, caring learning environments with effective teaching practices. The skills go beyond buzzwords like willpower, grit, and perseverance. Instead, they’re a set of interrelated cognitive, emotional, and social skills that play a central role — “perhaps the most central role,” Jones said — in key life outcomes.

“Just as we’ve created the Common Core on the academic side, it’s time for another Common Core: The Common Core that enables students to understand the essence of who they are, and that we, as the adults, know who they are,” said Nieves. He also pushed for key optics changes.

“Can we use another term like ‘emotional intelligence,’ instead of ‘noncognitive skills’? Can we stop calling them ‘soft skills’ and put some muscle into it, to show the strength that social and emotional health and wellness can have in our lives?” he said.

The role of the adult – whether teacher or parent – is critical to SEL success. Jones pointed to her son as an example: When she told her toddler to “pay attention,” he would look up at her blankly – because he didn’t understand the concept of “attention.” So it’s up to her – the adult – to lead by example and show what is required of the child to exhibit the traits of paying attention.

“When we say, ‘Please, show me some respect?’ kids think, ‘What does respect mean? And what do I do to show you?’” Jones said. “They don’t know. We teach them.”

For every dollar schools spend on SEL programs, there’s an average $11 return on investment, according to a 2015 study by Columbia University’s Teachers College.

Still, challenges exist with measuring how SEL methods are succeeding, as existing programs have varying focal areas and assessment metrics. Communication between administrators adopting the program and teachers implementing it can also break down. Further, few programs have a set of direct and specific supports for adults, so Jones and her team have been working on strategies for parents.

In Boston, key early efforts to scale up the SEL program focus on what best to measure for their schools. While those conversations are still ongoing, Nieves said district leaders are looking across a broad set of metrics, including school climate — the character and quality of school life as it relates to social and organizational structures — and holistic student assessments, which characterize children’s development across metrics of engagement, assertiveness, belonging, and reflection.

Determining an effective accountability system is just one hurdle. Challenged with resource limitations, Nieves and his team are considering weighting high-need schools more when allocating SEL funding. But the district is still in the early stages of determining where opportunity and resource gaps exist.

Competencies developed through SEL can boost student effort and achievement in school, according to a report from the Consortium on Chicago School Research at the University of Chicago. Beyond school, these so-called “noncognitive skills” can also raise wages through positive effects on productivity and drive, the National Bureau of Economic Research reported.

The call for an SEL “Common Core” for the country here is not the program itself, but the inclusion of SEL as a concept into the education system. It’s time to “move from random acts of equity and pockets of excellence to systemic transformation,” Nieves said.

The challenge now is for schools and districts to recognize where their unique areas of need are, Jones said. It’s up to them to adopt the SEL programs that are the best fit for their communities and determine what their focal points and units of measurement should be to meet their goals.