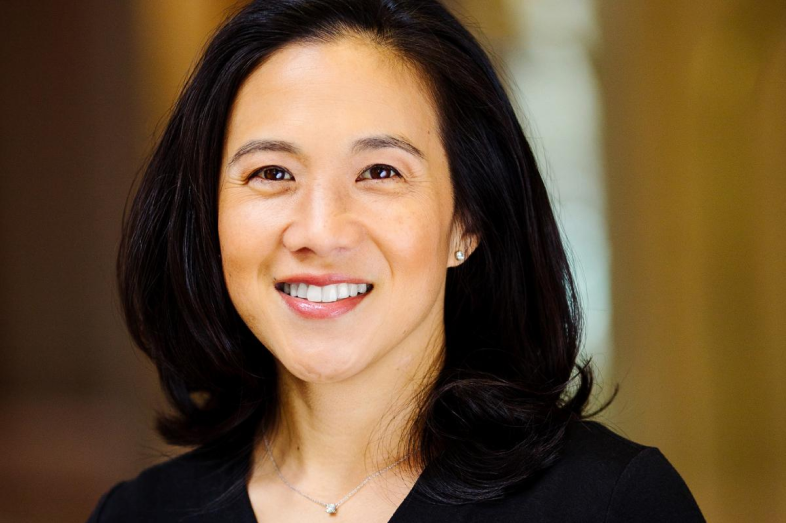 Angela Duckworth: Raising Test Scores Is Not a Sign of Grit

In the dozen years that Angela Duckworth has researched the concept of grit, she’s found new ways to test its validity, identified examples of it in popular culture, and worked to bust myths about its application in schools. But she hasn’t developed a just-add-water curriculum package that interested schools can use to develop the character trait in their students.

That’s what the University of Pennsylvania psychology professor and 2013 MacArthur “genius” grant winner told an audience at the Education Writers Association National Seminar Monday as she launched a book tour for her just-released book, “Grit: The Power of Passion and Perseverance.” The book uses examples from business, sports, and popular culture to explain what Duckworth has discovered about grit, and it also covers some “hunches” that she doesn’t yet have research to prove.

“There are some things that we don’t yet know,” Duckworth said. “So I wanted to be helpful, but I didn’t want to overreach.”

Duckworth’s research has popularized the idea of grit, which she defines as the ability to develop and sustain passion and commitment to achieving long-term goals. At the core of her work is a “grit scale” that asks respondents to agree or disagree with statements like “I have overcome setbacks to conquer an important challenge” and “My interests change from year to year.” Duckworth has identified a correlation between high scores on the test and the likelihood of success in various life challenges, such as graduating from West Point or winning the National Spelling Bee.

To explain the idea to the EWA audience, Duckworth showed a video of an interview with actor Will Smith explaining the way he approaches challenges.

“The only thing that is distinctive about me is I am willing to die on a treadmill,” he says in the video. “I will not be outworked, period.”

So if grit is important, how can adults assist students in developing it?

First, adults must embrace and understand the idea that a student can grow more gritty with the proper challenges and supports, Duckworth said.

Many schools have embraced the grit concept along with a wave of research and policy centered on a variety of noncognitive traits and social-emotional skills, like growth mindset, self control, empathy, and healthy relationship skills.

But some have applied the ideas in a shallow way, she said. She told a story of a school principal who said her school was celebrating “Grit Week” by requiring students to set goals for their growth of their scores on a standardized test they would take later that month.

“Raising your standardized test scores next week would not be the goal I would pick for 17,000 reasons,” Duckworth said. Rather, schools should create a culture where students feel supported and safe when they make mistakes and where they feel like it’s part of their identity to strive toward excellence, even in the face of challenges, she said.

“Is there a clear learning goal that’s very specific and do my students really know it? Do they have a clear strategy to remove distractions so they can focus 100 percent?”

“They should ask themselves, ‘Am I encouraging repetition and refinement or, as when I hand back your term paper or your test, is it over?’”