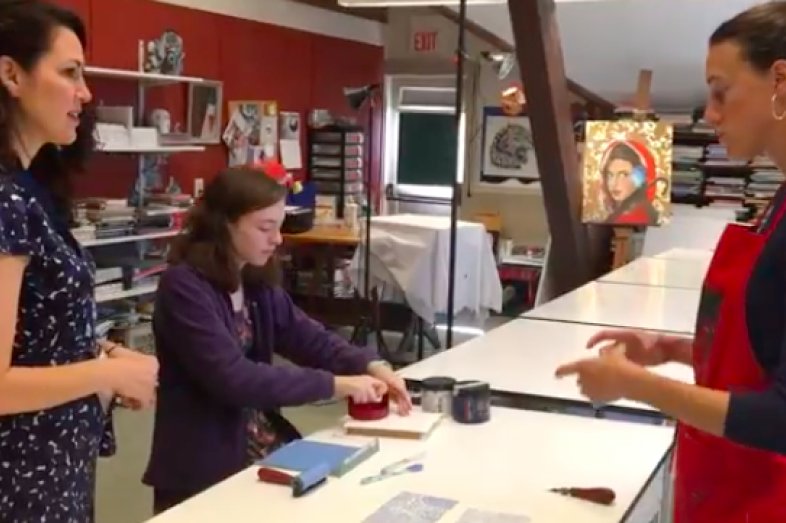 Are Schools Ready for A.I. and the Future of Work?

At Rocky Hill School, a private day school in East Greenwich, Rhode Island, it’s not unusual for education technology entrepreneurs to pop into the classroom or Skype in for a chat.

As it turns out, a captive audience of eight- and nine-year-olds can be useful in designing new products. Third-graders at the school had a hand in developing an award-winning plush duck that gives comfort to children undergoing chemotherapy, head of school James Tracy said.

The kids have shown up the grown-ups in other ways, including combining two product ideas into one, the kind of “process fluency” Tracy believes is crucial to educating students today.

A precious few schools have the resources and connections of Rocky Hill, which is nestled on 84 acres along Narragansett Bay and has a permanent “innovator in residence.”

But the ideas promoted by Tracy and others of a similar mind — that schools need to fundamentally change to prepare students for an anticipated upheaval in American working life — are increasingly making their way into U.S. classrooms and education policy debates.

That was the topic of a panel at the Education Writers Association’s National Seminar in Los Angeles featuring Tracy and Lydia Dobyns, the president and CEO of the New Tech Network, a nonprofit that works with states and districts to develop schools of the future. The session — “A.I. and the Future of Work: Are Schools Ready?” was moderated by Inside Higher Ed senior editor Greg Toppo, who is co-authoring a book with Tracy.

Much of the conversation about the future of work is being driven by a couple of alarming statistics. One, from a 2013 Oxford study, estimates that 47 percent of U.S. employment will be at risk of being automated out of existence at some point. Another, by the consulting firm McKinsey, predicts that by 2030, 23 percent of current work hours will be automated.

(Toppo offered a newsroom example of this already happening — reporter bots that churn out game stories using stats from sporting events, without a human hand touching it).

As Chalkbeat’s Matt Barnum reported recently, there are reasons to think those future-of-work predictions may be overstated — including declining rates of productivity and innovation.

Still, there’s not much question things are going to change.

“People are very uneasy about the disruption to their career paths and their life paths and we need to show them very quickly that there are ways forward to be reskilled,” Tracy said. “And we need to be very prescient about about what those skills need to be.”

For Tracy, that means a shift from focusing so heavily on content fluency. Schools ought to teach that across as many disciplines as possible, he said, but need to encourage “process fluency” — making connections across disciplines and knowing how to dig deeper in areas.

That, he said, requires a capacity to learn skills that have become well known to education reporters — the capacity to work in teams, motivate, iterate and be resilient.

Dobyns’ New Tech Network has 200 schools in 28 states in its “volunteer network.” About 90 percent are district-run schools and 10 percent are charter schools, she said.

The aim is to create a school experience that “mimics workplaces today” — places where academics are taught alongside collaboration, critical thinking, oral and written communication and giving students a strong voice in their educations, she said.

The panelists were short on answers for what kind of policy discussions could promote their approach to school. Dobyns lamented that “one of the conundrums” is that accountability systems still are based on “very old measures of memorization of content.”

But newer standardized tests developed for states — PARCC and Smarter Balanced — were designed precisely to test critical thinking, not memorization.

Dobyns called those tests “a great first-generation effort” and argued that more time is needed to assess their impact.

Echoing a common criticism among teachers, she said the tests would hold far more value if educators could use them to provide immediate feedback and change the way they help students.