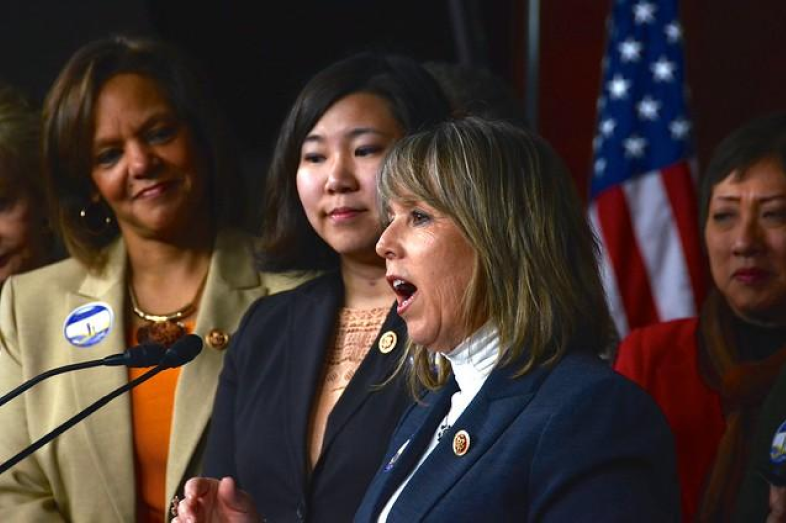 Big Promises for Little Learners: What’s Next for Early Education?

Governors across the country are pledging to pump billions of dollars into early childhood education – historic investments that could have a far-reaching impact on the lives of young people.

But their success will depend on how well states implement those initiatives and the scope and quality of the programs put in place, advocates said during the Education Writers Association’s annual conference this month. And it will be up to journalists, the speakers said, to hold those states accountable.

“The story to cover now is, ‘What did you do with this wonderful opportunity?’” said Kris Perry, a senior advisor on early childhood initiatives to California Gov. Gavin Newsom. The Democratic governor, who took office in January, is proposing an additional $2 billion for early childhood programs as part of his 2019-‘20 budget.

“We have to use every one of these dollars to raise quality on the whole birth-to-five system. And I think we should be … held accountable to the voters and the taxpayers of California on how we delivered on our promise,” she said.

Perry, the deputy secretary for the California Health and Human Services agency for Early Childhood Development, was among the panelists featured in the session, “Big Promises for Little Learners: What’s Next for Early Education.” It focused especially on the progress and challenges in two states – California and Alabama – and what appears to be a growing bipartisan consensus on the importance of early childhood education and a willingness by states to invest in it.

A Popular Issue With Voters

Katie Hamm, the vice president of early childhood policy at the Center for American Progress, a liberal-leaning think tank in Washington, said she is struck by the prominent attention so many governors are paying to early childhood education right now. A recent analysis by the Center for American Progress found that 32 governors are together proposing nearly $3 billion for early childhood initiatives this year. Hamm attributed the action to a variety of factors, including the issue’s popularity with voters across the political spectrum and the number of women candidates who won elections for governor in 2018.

“The other issue is, I think, it’s good policy,” said Hamm. “It appeals to governors when you can tell them they can get a return on investment. They can improve economic outcomes. They can improve family economic security,” she said.

But there can be political barriers to building a comprehensive program.

In Alabama, for example, advocates focused their efforts on prekindergarten beginning in 2000 in part because of the perception that infant programs would be “ripping babies out of their mothers’ arms,” said Allison Muhlendorf, the executive director of the Alabama School Readiness Alliance.

Today, she said, Alabama’s voluntary First Class Pre-K program is one of the highest-rated preschool programs in the country in terms of quality. It has had the support of the state’s business community and four consecutive governors, three Republicans and one Democrat. It’s on track to be fully funded by 2020.

Muhlendorf stressed that pre-K has long-term effects only when it’s of high quality. And that, she said, is an expensive venture.

“What we’ve seen in other states is that people want to do pre-K on the cheap,” she said. “Somehow,  there’s the idea that early childhood is less (expensive) than K-12. Whoa, we really need to totally flip that because of the promise of what you can do with young children during those critical five years of life.”

In California, Perry said, Gov. Newsom is the beneficiary of a state that has worked for a long time to advance early childhood initiatives, and the hope now is to bring these efforts to scale. They include “everything from looking at how to create more paid family leave, to giving every child in California a child savings account, to ensuring their developmental screenings are occurring as they should,” she said.

The panel’s moderator, Priska Neely of Southern California Public Radio, asked the speakers what they saw as the big stories to cover in early childhood education, and common mistakes journalists make in reporting on the issue. Here are some of their thoughts:

The cost and limited supply of licensed infant and toddler care: In Alabama, for example, more than half of child-care providers are exempt from licensure for religious reasons, which Muhlendorf noted, “has implications for health and safety.” Much focus has been on the high cost of center-based care. But what about the 75 percent of families that can’t afford that and must cobble together other arrangements?

“A really good question to ask is what are some of the complementary investments being made in infant and toddler care,” Hamm said.

The spending of federal dollars: Last year, Congress doubled funding for the Child Care and Development Block Grant (CCDBG), which provides money to states to help low-income families pay for child care. CCDBG is funded at $5.3 billion for fiscal year 2019. What’s your state doing with those dollars?

Developmentally appropriate practice in pre-K: Everyone, including parents, gets this wrong, said Muhlendorf. Classrooms should look like kids are playing all day. And the emphasis should be on soft skills like learning to work together, not drilling the ABCs or doing worksheets. And that, Neely notes, goes hand-in-hand with the development of the workforce. Does your state have teacher certification programs for pre-k and early childhood education?

And, finally, NIEER and NAEYC: Speakers mentioned the National Institute for Early Education Research and the National Association for the Education of Young Children as good resources for reporters. For more on NIEER’s latest look at early childhood education in all 50 states, check out this EWA webinar: The State of Early Learning.