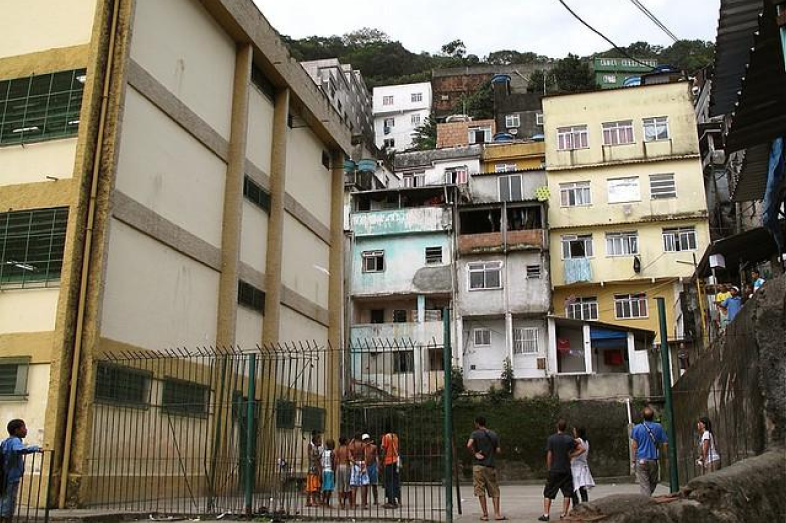 Tying teacher pay to student test scores. Creating public schools of choice with private operators. Setting common standards for all students. Those issues probably are familiar to any American reporter who covers education. They are also becoming more and more common in Brazil, where many policymakers are deeply inspired by the American experience.

The most widespread policy in Brazil that draws on the U.S. experience is paying performance bonuses to teachers based on students’ test scores. A study presented in August 2015 at the annual meeting of the Brazilian Association of Educational Evaluation showed that 13 of Brazil’s 27 states were already adopting some kind of pay-for-performance approach. Because big states in Brazil, such as Rio de Janeiro, São Paulo, Minas and Pernambuco, have those programs, the majority of Brazilian students are now enrolled in school systems with this kind of policy. (Rio and São Paulo are the two biggest Brazilian cities and capitals of states with the same names.)

As in the United States, the debate over this subject is affected strongly by ideology in Brazil. In this case, the best an education reporter can do is look for empirical evidence on whether the programs are benefiting those who really matter in schools: the students.

What makes the job for a Brazilian journalist harder is that we still have very few rigorous studies published on the topic. In fact, although this policy is already in place in half of Brazil’s states, only four studies have been published on the subject in my country. And they all show mixed results. Small gains in some areas, no visible results in others.

Because of the weak evidence in Brazil, it makes sense to look for international experiences, mostly in the United States, where more evaluations have been conducted. But again, it seems that there is no simple answer for such a complex issue, and we still don’t have sufficient evidence, even from the American experience, that those programs work. The latest study from Mathematica Policy Research, a U.S. research organization, finds a small gain in students’ reading achievement after two years of implementation of a pay-for-performance program, but in math the impact was not statistically significant.

There is no sign that the majority of Brazilian states will abandon their performance-pay programs. That makes it even more important for journalists to keep looking for evidence about how this policy works (or doesn’t), in Brazil, the United States, or other countries, without forgetting that the context and program details in each state or country matter a lot.

While we are still waiting for more evidence on performance pay, another hot topic in the U.S. context appears to be arriving in Brazil: charter schools. A growing number of Brazilian economists and education managers, often referring to the American experience, argue that we should experiment with giving public money to private organizations to run schools open to all children.

In the state of Goias (in the middle of the country, where the nation’s capital, Brasilia, is located), the governor announced in October that 25 percent of public schools will be run by private organizations. We still don’t know all the details about how this will work, as the local press is reporting that there is no consensus between the governor and the state secretary of education. The governor is pushing for an approach similar to the American charter school model: Schools operate under a contract that gives them some flexibility, such as in the hiring and firing of teachers, but with the obligation to meet certain academic expectations. The secretary of education is reportedly in favor of a model that gives them less authority, where the private organizations will run only the administration (buying food, fixing infrastructure, and other bureaucratic tasks), leaving the “pedagogy,” as the education secretary calls it, still in the hands of the state.

In another state, Para, one of the poorest in the country and located close to the Amazon Rain Forest, the World Bank and the local governor are also planning a program similar to charter schools, deeply inspired by the American experience. The idea is to build 50 new schools and create contracts for the management of the schools by private operators, instead of the traditional approach of having them operated by the state or a municipality. The schools will have to meet academic goals and are obliged to accept any student, just like a regular public school, but will have freedom to hire and fire teachers.

At least in the case of Para, the program will be subject to an independent evaluation before it is offered on a large scale, according to the World Bank. The problem, as we can see from the American experience, is that even if the program is proved to work on a small scale, there is no guarantee that we are going to find the same results once it spreads across a  state or the entire country.

Meanwhile, Brazil is also debating other education issues familiar to Americans. The federal government, for instance, this year released a proposal for a new “National Curricular Common Base”, similar to the Common Core State Standards in the United States. The purpose is to set minimum academic expectations that every child should meet. Students across Brazil will be evaluated using standardized tests aligned with the standards. The municipalities and states (we don’t have school districts in the Brazilian education system) will be responsible for creating their own curriculum, but those more detailed guidelines for teaching by law must reflect the standards. It will be the first time that we have, in Brazil, such academic expectations defined by law. Up until now, what we have had are more general guidelines.

Together with those issues, there is also a big debate about the necessity of changing teacher training and improving salaries to make teaching a more attractive career path.

Our politicians are watching and copying (perhaps more than they should) many things Americans are trying out to increase the quality of education. That shows how important it is for Brazilian education reporters to follow closely what happens in the United States, even while always keeping in mind that the two countries are in very different stages of development.

Antonio Gois has been an education reporter in Brazil since 1996. He has a weekly column about education at O Globo newspaper, based in Rio, and is also a consultant and education columnist at the cable channel Futura. He spoke at EWA’s December 2015 seminar, Beyond the Border: Covering U.S. Education in a Global Context.