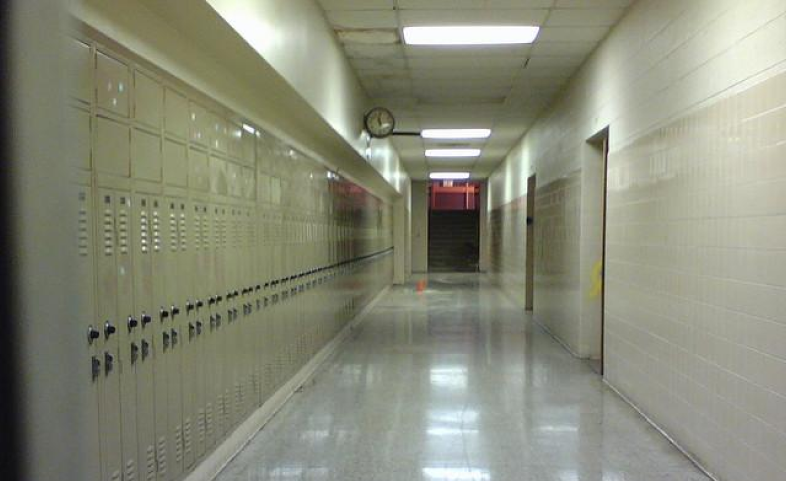 Breaking the Cycle: Small Steps That Help Students in Poverty

It’s the story told over and over: A child from a poor neighborhood attends a failing school but somehow beats the odds and rises to success.

It’s the story told over and over: A child from a poor neighborhood attends a failing school but somehow beats the odds and rises to success.

The assumptions surrounding that story are that success is the exception for a child in poverty, and that failure is the norm. We are surprised that a child from a low-income community achieves strong academic outcomes, but unfazed at the fact that most of his or her classmates don’t.

Is this the story that should be written? Do we accept that failure is destiny for children who grow up without means? Or should the narrative change?

“If I didn’t have better knowledge, I would think that failure for children of color or children in poverty, that it was inevitable that they will have an awful life,” said conference speaker Atyani Howard, the chief academic officer of Camino Nuevo Charter Academy, a network of charter schoolsin Los Angeles.

But she does have better knowledge.

From 2006 to 2011, Howard was the principal of the Burlington campus of Camino Nuevo, a school attended largely by Hispanic students, 88 percent of whom live under the federal poverty line. Many also are undocumented.

“Our students worry that when they get home their parents won’t be there because they got deported,” Howard said.

And yet, during her tenure as principal, her campus saw its rating skyrocket in the state’s Academic Performance Index and received awards, including the Title I Academic Achievement Award, the California Association of Bilingual Education Seal of Excellence, and the California Distinguished Schools Award.

Despite poverty and fear of deportation, the students in this Los Angeles school were able to achieve strong academic results.

Why? As Howard sees it, the answer is that teachers at Camino Nuevo are taught how to deal with the baggage their students bring through the door, how to connect with families, and how to teach students that there are no excuses for not succeeding.

“You teach your teachers how to teach students in poverty,” Howard said. “Kids who live in poverty do not leave their stuff at the door.”

The school runs bilingual programs that make the students “feel part of the mainstream” as Howard described it, rather than feel like outcasts. It partners with outside agencies that provide services to students and their families.

Discipline is not always the automatic “take something away,” such as recess or other privileges, because kids who live in poverty have things taken away all of the time.  “It’s an emotional trigger,” Howard said.

So, can understanding a poor community, providing resources, and building links between community and school help to break the mold that has many poor children destined for failure?

In addition to Howard, the session’s other two speakers also shared examples of successes with that kind of nuanced approach.

It was cognitive behavioral therapy-based interventions for at-risk boys in Chicago that was cited by Jonathan Guryan, an associate professor of human development, social policy and economics at Northwestern University’s School of Education and Social Policy.

He cited work with ninth and 10th-grade boys randomly selected from Chicago schools who were taught how to stop and think before they acted. In a weekly group session between the boys and a counselor, the young men were taught the difference between automatic (fast) thoughts and reflective (slow) thoughts.

Guryan shared one simple exercise performed with the boys. They were paired off, with one told to make a fist and the other instructed to get his partner to open his fist. For the first several minutes, the partners used various methods, mostly force, to try to get the fists opened.

When the activity was called to a halt, the boys were asked if any of them had considered simply asking their partner to open his fist. None had.

“They assumed people’s thoughts about them are more hostile than they really are,” Guryan said.

The result: The exercise taught the boys a perspective other than the one that was familiar and automatic.

“Think about why are kids dropping out of high school. Why are kids involved in crime? Very quickly it gets to poverty. That leads people toward the line of thinking that kids who are criminals by the time they are 15, 16, 17 are bad kids and there’s nothing we can do about it,” Guryan said.

But he offered the therapy groups results as a counter to that line of thinking.

Working with adults in poor communities is also essential to effect change and provide pathways to success for children living in and being educated in such communities, according to speaker Richard Gray, the director  of Community Organizing and Engagement at the Annenberg Institute for School Reform at Brown University.

Gray said he bristles when journalists report on poverty “as if people are poverty.”

“These people have aspirations and desires and have positive things they see in their communities and very often their stories are not told,” he said at the EWA seminar.

He cited protests several years ago by a parent action committee in the South Bronx. Parents protested the poor quality of schools in their community and the high rate of teacher turnover.

“For months, parents and teachers yelled at each other,” Gray said, with teachers accusing parents of simply dropping their kids off at school and not caring about their education, and parents accusing teachers of abandoning the community as quickly as possible.

After the teachers complained that they received no professional development to help improve their skills, Gray said, a mentoring program was implemented. That program evolved into the Lead Teacher Program, which is now used across the city.

Gray said his hope is that the news media, in its coverage of poor communities, will “pull back the notion that all of these teachers and students are bad.”

He said: “There needs to be a change in the narrative about public education.” That change, Gray explained, would go beyond the debate, for example, about whether charter or traditional public schools are the best option, but instead be “focused on results and less ideologically driven.”