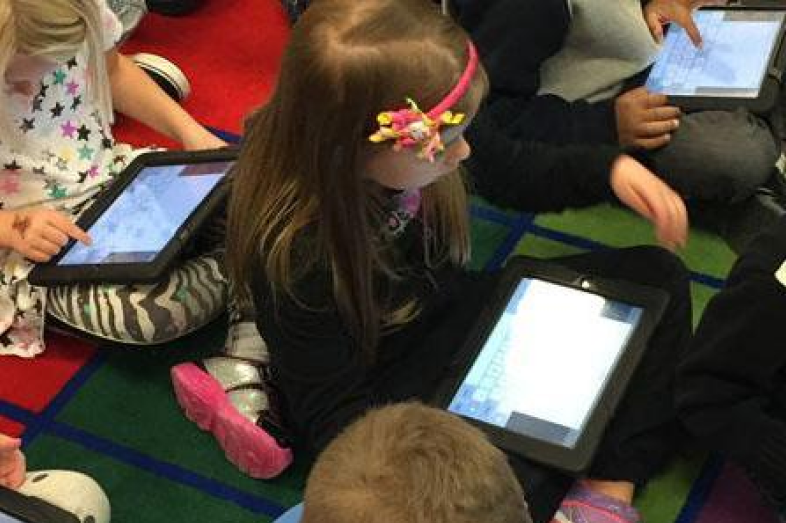 As many states dig out from yet another winter storm, school districts are struggling to keep the academic calendar – and student learning – from being derailed as a result of record numbers of snow days.

But increasingly, educators are using technology to turn campus closures into opportunities for students to complete academic assignments on their own.

In Farmington, Minn., a pilot program for “flexible learning time” in the local public schools got its first large-scale test last year when the “Polar Vortex” pummeled the Midwest.

Students used their school-issued iPads to learn at home when classes were unexpectedly canceled, says Jay Haugen, superintendent of Farmington Area Schools, a suburb of the Twin Cities. This academic year, the policy went into effect in November when high winds caused a power outage at one of Farmington’s elementary schools. The teachers had uploaded their assignments by 10 a.m., and they spent the rest of the day interacting with students via the district’s Schoology digital platform, Haugen said.

Many states are testing out flexible learning time as a replacement for snow days, with mixed results. Some districts have struggled with issues of equity, as not all students have access to computers outside of school. The federal government is boosting digital access in schools via the E-rate program, but that doesn’t apply to helping students connect from home. (In recent years, other FCC programs have helped make broadband available to residents in low-income and rural communities.)

With 7,000 students – 17 percent of whom qualifying for free and reduced-price school meals – Farmington is a small and relatively affluent district. That makes its digital learning venture somewhat easier to manage than it might be for communities with fewer resources. The district leases iPads at a cost of about $100 per student per year.

Haugen said  that once the district made distance learning a priority, families followed suit. The percentage of Farmington students with home Internet access jumped to 98 percent from 80 percent in 18 months, Haugen said.

There was an unexpected application of Farmington’s flexible learning initiative that caught my attention. The district occasionally has students complete digital assignments at school – under staff supervision — when their regular classroom teacher is absent. Farmington’s high school now avoids hiring substitute teachers on a fairly regular basis, and it’s starting to become more common at the two middle schools, Haugen said.

The district saves on the cost of a temporary worker, and students theoretically stay on track with the week’s lessons. This is particularly interesting in light of recent studies that have found chronic teacher absenteeism can hurt student achievement.

Smart Cities author Tom Vander Ark, who blogs about school innovation for Education Week, said he hadn’t heard of a district using flexible learning time to replace substitute teachers. But it’s not dissimilar to how campuses in the Carpe Diem blended learning network operate, Vander Ark told EWA. A math class might have six teachers and 300 students, as well as lab monitors. If a teacher is absent, the lab monitors supervise the students’ independent work.

Farmington is also scheduling flexible learning days for more than weather-related closures. Minnesota requires that all high school juniors take the ACT, which can be a logistical challenge for districts. Farmington used to tell students in the other grades to stay home to minimize distractions to the test takers and ensure enough staff members are on hand to proctor the exams, Haugen said. But this year in Farmington, high schoolers will have a full slate of assignments to keep them busy at home while the 11th-graders take the college entrance exam.

The response from staff, students and parents has been overwhelmingly positive, Haugen said.

“When a staff member had a choice of tack on days at the end of the year in June or teach students from home — which is a great way to develop their own skills — it was just a slam dunk,” Haugen said.

The district did learn from some early bumps in the road, he added, such as making sure the day’s assignments were uploaded early in the day, and helping parents understand what was expected of students. This was particularly true for the lower grades as well as children receiving special education services.

“Watching the weather out East, hearing reports of schools in the Boston area missing up to eight days already, and considering canceling spring breaks and adding days in the summer, I can’t help but wish they all had the opportunity to do what we do,” Haugen said.

(Thanks to School Administrator for putting Haugen and Farmington on my radar.)