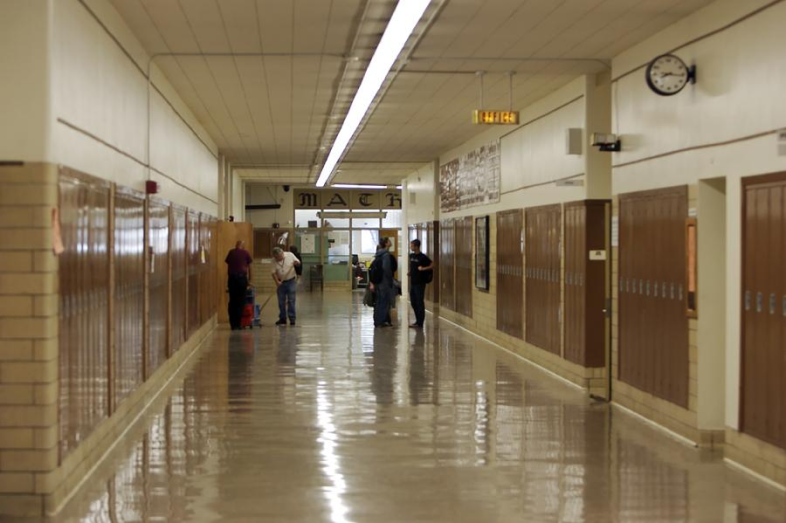 New approaches to dropout prevention was the focus of a discussion panel at EWA’s 67th National Seminar, held in May at Vanderbilt University in Chicago.

Efforts to address the dropout problem often focus on a host of factors over which educators have little, if any, control – poverty, violence, crime and health, among others.

“That one indicator was more predictive of who would graduate than anything else,” said Elaine Allensworth, Director of the University of Chicago Consortium on Chicago School Research.

New approaches to dropout prevention was the focus of a discussion panel at EWA’s 67th National Seminar, held in May at Vanderbilt University in Chicago.

Chicago Public Schools began monitoring the performance of ninth grade students, flagging those who were displaying low attendance and grades. Teachers and counselors began intervening at the earliest sign of trouble, working to keep them on track.

“If students begin to fall behind and nobody intervenes, they begin to feel lost and lose their drive to do well,” Allensworth told the EWA audience.

“Graduation starts in ninth grade. You have to start in ninth grade,” she said. “Improving graduation rates is about really closely monitoring student grades and attendance…reaching out to make sure the right kids get the right supports at the right times.”

Shayne Evans, CEO of University of Chicago Charter School, which operates four campuses, said the schools adjusted their approach to apply these findings. The school also monitors students in middle school in the same way they do at the high school level, intervening at the earliest possible point to keep students on track, he said.

The schools, which do not have selective enrollment, bring in students from the south side of Chicago — often those who are not expected to do well in school and go on to college. The school, however, boast a nearly 100% graduation for all five years of the school’s existence. The school pairs the expectation that students are fully capable of succeeding with the practice of making sure they stay on track throughout high school.

“All of society’s ills are found in the neighborhoods that surround our schools,” Evans said. “… It proves that it’s possible, even probably, for students from disparate backgrounds to do great.”

Nationwide, the graduation rate has surpassed 80%, and that’s a remarkable achievement, said John Gomperts, of the America’s Promise Alliance.

“But still, one in five kids is not graduating from high school,” he said. “That’s just wrong.”

Gomperts attributes the steady gains in graduation rates to a greater awareness to the problem, and accountability in the form of specific data. Other factors that are making a difference, Gomperts said, are targeted school reform and evidence-based student services specifically focused on helping students graduate.

“It’s encouraging, but we’re very alert to the work that needs to be done,” he said.

Daniel Velasco, of the national organization Diplomas Now, told the EWA audience that often teachers are asked to “move mountains” without the proper support to do so. The organization provides support to schools with early warning system to identify struggling students, individualized student plans and teacher teams to share strategies.

“When you bring teachers together to talk about kids and put data in front of them you’re also giving them the opportunity to share best practices — that hasn’t always been provided to them before.” he said.

During the 2012-2013 school year, at 32 schools in 13 cities (including Chicago), the organization helped make large reductions in suspensions, attendance problems and failing grades in English and math. About 90% of students who fell off track with attendance and performance returned to grade level performance, according to the group.

“I feel this sense of urgency that were not done, we can’t rest on our laurels,” Velasco said.