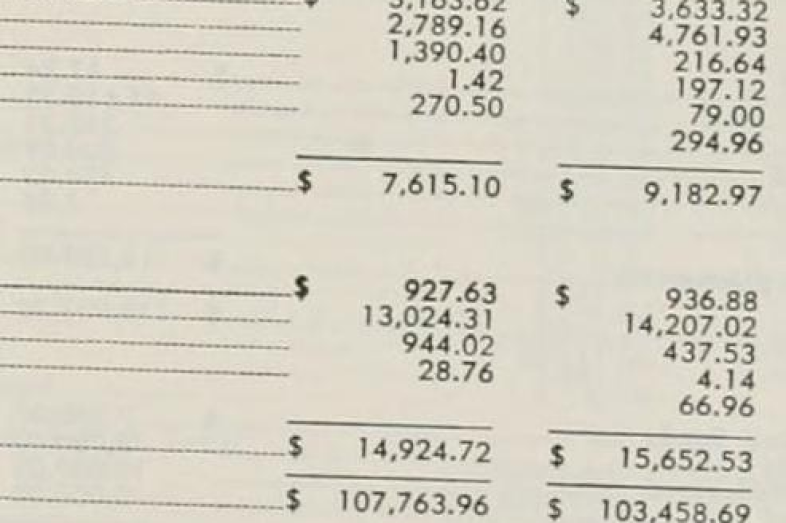 Covering the Business Side of Education

Come budget time, school superintendents are first to say that teacher salaries take the biggest chunk of a district’s spending.

But even a glance at the pie charts and line items shows that public education is a big business, too — curriculum and technology, PowerSchool and iPads, and charter management fees, real estate transactions and school renovations can cost taxpayers millions for a single district.

Where exactly is that money going?

When reporters get copies of those contracts and government filings, “It’s like striking gold,” said Chicago Sun-Times reporter Lauren FitzPatrick, a panelist on “Covering the Business Side of Education” at Education Writers Association’s recent national seminar in Chicago.

FitzPatrick, who covers the Chicago Public Schools, has been tag-teaming with Sun-Times investigative reporter Dan Mihalopoulos on several stories, including a growing scandal involving CPS CEO Barbara Byrd-Bennett and whether people in her inner circle profited from no-bid contracts after she became schools chief. Byrd-Bennett has since resigned as the FBI investigates.

Reporters can unearth conflicts of interest through a paper trail of contracts, vendor payments and business incorporation records that list owner names, addresses and phone numbers — leads that can help you connect associates to people in power.

“Go back to the bedrock principle of following the money,” said Mihalopoulos, a past EWA investigative winner for his exposé on Chicago’s UNO charter school network, which revealed insider deals in what he called “the nexus of politics, business and education.”

Who is being hired for the multi-million-dollar construction job? Where is the school system or charter group getting its software, classroom desks and other big-ticket items? If you find a particular company is getting all its business from one charter operator or district, with little experience elsewhere, you might have a story.

Also, make sure to check regularly for vendor lists and whether school officials in your district have filed ethical disclosures, FitzPatrick said.

Other reporting nuggets in this Sun-Times tipsheet: Use Freedom of Information laws to seek payrolls, grant contracts, campaign finance records and documents such as the IRS form 990 — the tax return that nonprofits must file that includes salaries of top officials and identifies certain contractors. (At the Hartford Courant, the name of a home improvement contractor in a charter group’s 990 led to this investigation last year.)

City building permits can also reveal the identities of contractors. And a range of financial records and disclosures are required when borrowing money through bonds.

“Bond deals can be a big friend to you,” Mihalopoulos said.

When investigating charter school groups, be prepared to hear the argument that their emails, employee salaries and dealings are private. That’s because it’s not uncommon for charter schools to contract with a management company that they have created themselves to skirt FOI laws, said Mihalopoulos, whose paper is battling UNO in court.

Earlier in the panel, moderator Michele Molnar, who covers business for Education Week, interviewed a Pearson executive who pledged transparency with the educational conglomerate’s “efficacy” project — a mission to evaluate all of Pearson’s learning products that impact several million students around the world, and doing that by 2018. The first five product reviews have been posted online.

The point is ensuring that Pearson curriculum and software are “based on the best research on what works in education,” said Amar Kumar, senior vice president for efficacy and research. “If it turns out that one of our products doesn’t work, and we can’t improve it … we will be getting rid of it.”

Does that mean Pearson would pull a product that is profitable but an educational failure? Molnar asked. Before that happens, Kumar said, there will be an attempt to fix it.

Reporters at the session, including those covering the debacle over Los Angeles Unified School District’s $1.3 billion iPad program, wanted to know if Pearson would give a refund or make amends for its role as an Apple subcontractor in the deal that is under federal investigation. Los Angeles school officials have publicly criticized Pearson, arguing in part that its incomplete software on the iPads has left students unable to access lessons for the Common Core.

Kumar said he arrived at Pearson after the iPad contract and didn’t have those details. But generally, he said, all companies selling technology to districts should be mindful of schools’ capacity to handle it. Molnar pointed out that Pearson was behind other rollouts that have made news, including a troubled PowerSchool deployment in North Carolina. In future school contracts, will Pearson take responsibility for fixing glitches at no cost?

“Part of our efficacy movement is to say we are accountable,” Kumar said.

Molnar offered this story idea for education writers: With so many districts converting to digital, what’s the sustainability of new devices flowing into classrooms? L.A. Unified’s iPad initiative was funded with long-term bonds, for example. Will school payments outlast the life of the technology?