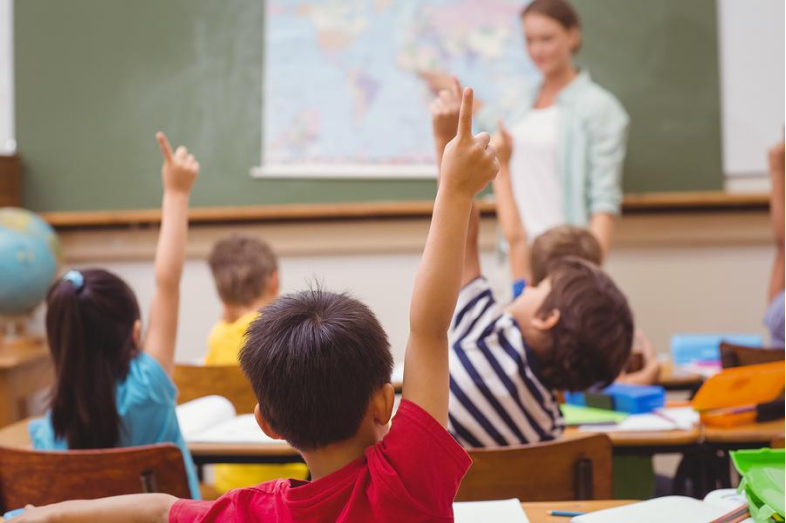 Author: Patrick O'Donnell for The Plain Dealer for EWA
Back to Skills

As the charter schools sector faces increased scrutiny for educating a smaller share of students with disabilities than traditional public schools, the conversation is increasingly focused on better understanding the reasons and looking for ways to improve the situation.

Experts at a recent Education Writers Association seminar tackled these issues, including by drilling down on the ways the primary charter authorizers in Denver and the District of Columbia are working intensively with local charters on the matter. In fact, the D.C. Public Charter School Board has resorted to creating a “mystery parent” program as one strategy to make sure charters don’t actively discourage the enrollment of students with special needs.

The panel also offered a few ideas for reporters to look at regarding charter schools and special needs children in their communities. Those include:

The reasons for that gap can differ by city or school, as do the strategies to even those totals out, noted panelists at the session on special education and charter schools, part of the EWA seminar on charter schools and choice last month in Denver. Common complaints are that charters discourage the enrollment of students with disabilities or pressure them to exit when problems arise.

Through questions from moderator Kavitha Cardoza of WAMU, American University’s radio station in D.C., panelists highlighted several obstacles to making charter schools a meaningful option for more families, including the failure of many authorizers to take an assertive role in ensuring charter schools welcome and effectively serve students with disabilities, and a lack of understanding by families that all charters are required by law to serve such populations.

Lauren Morando Rhim, the co-founder of the National Center for Special Education in Charter Schools, said many parents may not enroll their children in charters because they read stories about the schools not serving them or discouraging their enrollment.

“Charters are public and they need to enroll all kids that want to apply,” Rhim said.

When charter schools say they do not have a program to handle a child’s disability, Rhim said, they still have to find a way. The more parents that seek to enroll their children in charters, the sooner a real change will occur.

“The tipping point will be a critical mass where charters have to create programs for kids,” she said.

At the same time, Rhim pointed to recent national data from the U.S. Department of Education as a “positive trend” suggesting the enrollment gap for charter schools is diminishing.

Pamela Bisceglia of Advocacy Denver, an organization that works with children with developmental and intellectual disabilities and their families, agreed that charter schools need to take all students.

“All means all, whether it’s a traditional school or a charter school,” she said.

Josh Drake, a director in the student services division of the Denver district, said parents don’t have to force the issue everywhere. In Denver, he said, charter schools have about the same percentage of students with disabilities as district-run schools – both with about 8 to 9 percent.

But a separate group of students with severe disabilities – about 1.5 percent of the population – can’t be handled in a traditional school setting and need care and classes in specialized centers.

“The difference (in enrollment) was really these kids with the most serious disabilities,” Drake said.

Drake said it’s worth considering who is classified as a student with disabilities and who makes that designation. He said sometimes students are misdiagnosed with minor learning disabilities.

Drake pointed to a 2014 study by Marcus Winters of the Manhattan Institute that found a major portion of the enrollment gap was driven by regular public schools classifying more students as eligible for special education than charter schools. Concerns that charters “counseled out” students with disabilities are overstated, Winters found.

“It can be a bad idea to implement solutions until you really understand what the challenges are,” said Drake.

Because the district is the only charter school authorizer in the city, it can coordinate resources to have schools, either district or charter, focus on a particular disability. That way, he said, students receive what they need and taxpayers aren’t duplicating services.

Beware of ‘Reporting by Anecdote’

Drake cautioned reporters at the EWA gathering to beware of “reporting by anecdote,” urging them to dig more deeply before publishing a piece about one or two complaints. He also said that when journalists hear about questionable practices in charter schools, they should also inquire about the situation in regular public schools.

Bisceglia gave the Denver district some credit for spreading opportunities for students with disabilities to both district and charter schools.

Scott Pearson, the executive director of the District of Columbia Public Charter School Board, said several changes were made in the city after a 2012 U.S. Department of Justice complaint charged that charter schools were not serving students with disabilities well.

As in Denver, he said, local officials have placed only the most severely disabled students in specialty centers, while others attend both district and charter schools across the city. He did not discuss percentages, as Drake did.

The D.C. charter board even created a “mystery shopper” program to ensure that schools are not turning away students with special needs. Someone will call schools and pretend to be a parent enrolling a child with disabilities to track how their inquiry is received.

Pearson said that since that program started, the number of schools giving parents improper responses has fallen. (He noted that all charters were notified ahead of time that the program was being created.)

The charter authorizer also publicizes information about special education students in schools in citywide equity reports and officials discuss how these students are handled in staff meetings. Both measures pressure the schools to change behavior, he said.

Just calling attention to the issue leads to changes, Pearson contends, more so than additional regulations.

“Immediately the behavior improves, yet we’re not putting in mandates and telling them what to do,” Pearson said.

Avoiding more regulation was a recurring theme from Pearson, who comes from one of the more “charter-friendly” cities, where nearly half of students are now served by charters. most aggressive school choice districts in the country.

“Regulations can homogenize schools and makes charters look more and more like the regular schools,” he added. The other panelists also generally agreed that the answer was not more regulation, but rather more effective use of current requirements, plus the pressure that comes from transparency about inappropriate practices.

Rhim applauded the work of the authorizers in Denver and D.C., but said in too many other places, such bodies have failed to be “proactive.”