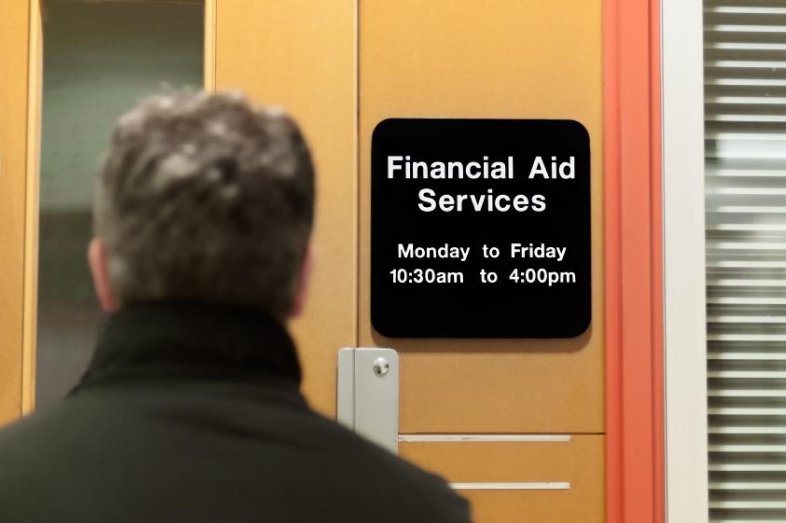 The federal government today released a snapshot of how well borrowers with federal student loans are repaying their debts, indicating that fewer Americans are defaulting on their college loans compared to past years, but that the figures still exceed pre-recession levels.

The U.S. Department of Education’s three-year cohort-default rate shows that borrowers who began repaying their higher education loans in the 2011 fiscal year defaulted at a rate of 13.7 percent, lower than last year’s rate of 14.7 percent, which analyzed data from 2010.

No one reason can explain the drop-off, though one policy expert told Bloomberg BusinessWeek’s Janet Lorin that “the recovering economy [and] getting more young people to sign up for IBR or Pay-as-You-Earn” were probably factors.

IBR refers to Income-Based Repayment, a federal repayment program enacted early in the Obama administration that allows borrowers with most types of federal loans to repay their debt according to their financial situation. The program was slow to catch on, but in recent years two million Americans have signed up for IBR and its newer version, Pay-as-You-Earn. In June, a government report calculated that a tenth of the nation’s federal student debt was being paid back through these two programs.

The Education Department calculated the default rates for all schools that enrolled students receiving federal loans, and the data show public and non-profit private schools fared better than for-profit colleges. Allie Bidwell of U.S. News & World Report writes that “the default rate fell from 13 percent to 12.9 percent at public colleges, from 8.2 percent to 7.2 percent for private non-profit institutions and from 21.8 to 19.1 percent at for-profit colleges, which have historically had the highest default rates.”

A public statement released by the advocacy group The Institute for College Access & Success noted that for-profits enrolled half the students who were shown to default on their loans, even though they educate roughly 12 percent of all U.S. college students.

High default rates could spell trouble for institutions. Recently passed accountability rules set by the Education Department allow the government to punish schools with default rates at 40 percent a year, or 30 percent over three years. Nick Hillman, an assistant professor at the University of Wisconsin-Madison School of Education, told David Gura of Marketplace that such schools “could lose access to not just their student loans, but also Pell Grants and other types of federal aid, which can rack up to millions of dollars, depending on the institution.”

For-profit colleges are especially vulnerable under these accountability measures, as many rely on federal student aid for 80 to 90 percent of their revenues. (See chart below, which used data obtained from the Education Department’s Office of Financial Aid.)

In 2013 a report by financial aid expert Mark Kantrowitz observed that federal aid comprises a significant portion of nearly all U.S. higher education institutions, noting that “42% of tuition revenue at private non-profit colleges, 70% at private for-profit colleges and 82% at public colleges (98% at community colleges and 77% at public 4-year colleges) comes from Title IV federal student aid.”

But colleges at risk of crossing those punitive thresholds can arm themselves with consultants who develop strategies to keep colleges below default rates of 40 percent for one year or 30 percent across three years, said Thomas Weko, a managing researcher at the American Institutes for Research, again to Gura of Marketplace: “It’s like knowing where the speed camera is, and still getting it wrong,” Weko said.

Schools are known to counsel students to enroll in IBR, consolidate their loans for lower interest rates and ask for forbearance on their loan repayments.

Still, few colleges actually reach those levels of default rates. Andy Thomason of The Chronicle of Higher Education explains that in 2013, just eight colleges out of almost 6,000 faced penalties, four of which were beauty or barber schools.

But even with a low number of colleges expected to be hit with sanctions, the Education Department arranged several dispensations for institutions that likely would have failed the default litmus test. Michael Stratford of Inside Higher Ed reports that the Education Department adjusted its default calculations to exclude certain borrowers, lowering the overall rate for an “unspecified” number of colleges. He added that no historically black college or university would face penalties this year, even as 14 HBCUs had default rates above 30 percent in 2013.

[Read more: How do colleges finance themselves?]

Policy watchers critical of the federal government’s policing of institutions with high default rates were unhappy. Stratford quoted Debbie Cochrane, a researcher at The Institute for College Access and Success, who said, “If a school isn’t held accountable for a default, then the borrower shouldn’t be either.”

Nonetheless, 21 schools were found to have default rates that would leave them ineligible to receive student grants and loans issued by the federal government, Richard Perez-Pena of The New York Times reports. “Twenty of the 21 schools are for-profit, and nearly all are small trade schools, rather than colleges. They can appeal the loss of funds,” the reporter wrote.

In July, a federal official with the government’s office of Federal Student Aid predicted two to three dozen colleges were at risk of losing their eligibility to receive students’ federal aid as payment, according to an article by Kelly Field and Beckie Supiano of The Chronicle of Higher Education.