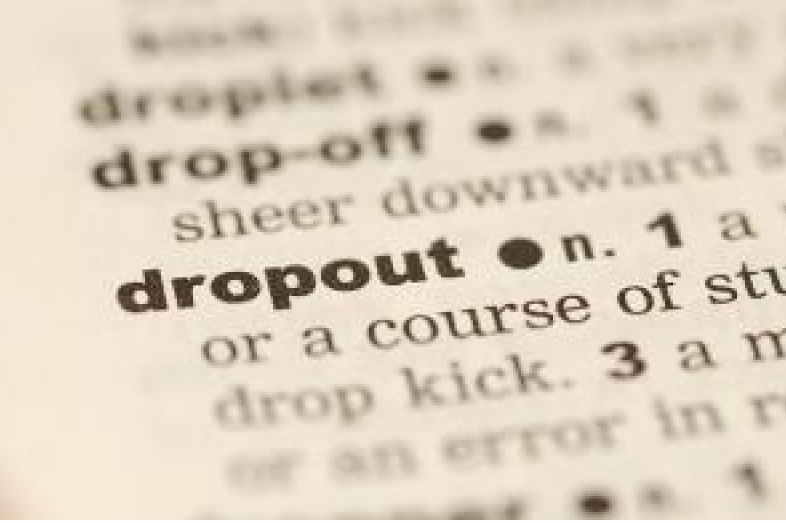 Does It Pay to Drop Out of College?

Dropping out of college is not for the fiscally faint of heart, but withdrawing from higher ed without a degree still seems to offer a competitive advantage over workers who never entered a postsecondary institution in the first place.

At The Washington Post, writer Dylan Matthews examined the financial health of college dropouts, a large but overlooked segment of the college-going population.

Most researchers say that despite the rising price tag of a postsecondary education, seeking one out makes financial sense. For example, earning a bachelor’s degree is a better lifetime financial investment than riding out the stock market, Matthews writes. As far as returns go, equities have a return of 6.8 percent, while a bachelor’s degree is closer to 15 percent. For students who earn an associate’s degree, the internal rate of return is even higher, at 20 percent.

But as pointed out on EdMedia Commons before, college dropouts have a less clear financial outlook. For one, not completing a public higher education program is more expensive than it used to be, as tuition and other fees have risen faster in the past decade than in previous ones according to College Board. Between 2003 and 2013, tuition and fees went up annually 5.2 percent, compared to 3.2 percent the decade before. (However, according to College Board, nonprofit private schools have slowed down their increases in tuition; still, a majority of students attend public institutions).

Matthews’ piece pulls data from new and old reports to conclude that despite the larger financial risks of walking away from college without a degree, the economic returns are worth the effort. A recent study from The Hamilton Project calculates that college dropouts from two- or four-year programs earn roughly $8,000 more per year than those with just a high school diploma. That boost is not as lucrative as the one for those who hold at least an associate’s degree, but it’s still an additional lifetime wage bump of $100,000. There’s a multiplier effect, too. The more one earns, the more one can put away for retirement, be it an investment account or a fatter social security check.

But given the debt load of a noncompleter, is that wage premium enough to offset the money the borrower owes to lenders? A recent report from National Center on Education Statistics found that federal student loan debt for noncompleters in 2009 was equivalent to 35 percent of their incomes. National labor data indicate the average annual income for workers with some college education is over $36,000. We can safely presume the loan obligations of noncompleters are smaller than those for graduates, because by definition most dropouts spent less time enrolled than graduates. There are notable variations, however: That same NCES report, for example, shows dropouts of non-profit private schools were saddled with federal debt that was equivalent to half of their yearly incomes.

According to NCES, fewer students are dropping out. In 2010,58 percent of first-time, full-time students who started a four-year degree program in 2004 had earned a degree. That six-year figure was 55 percent in 2001 for students entering college in 1996.

There are plenty of impediments to completing a degree in addition to cost. While the federal government has made it easier for students in labor limbo to keep their federal loan repayment costs at bay through the various Income Based Repayment models, state cuts to higher education spending have meant that many colleges have had to reduce course offerings, making the classes necessary to complete some degrees more difficult to find. As enrollments have surged, a bottlenecking effect has taken shape at community colleges. The Los Angeles Times last year described how students are shuttling across Southern California campuses to enroll in the classes they need because local schools don’t have enough slots for them. The paper noted some 5 percent of California students attended multiple schools simultaneously in 2011.

And though the Golden State may be an outlier, most states have been spending less, not more, on their higher education programs per pupil since the late 1980s. A 2013 report by State Higher Education Executive Officers notes that state and local funding for operations per fulltime student has gone down to a 25-year low of $5,906. Another popular explanation for the stubbornly high dropout rate is cultural. As more job descriptions require postsecondary backgrounds, Americans who didn’t anticipate attending college suddenly feel as if they’re forced to do so to stay apace of the requirements of employers. That pressure has a toll on the postsecondary efforts of first-generation college students: A 2010 NCES study found that only 40 percent of such students complete a degree, while that number is true for 69 percent of students with a parent who did enter college.

Most first-generation students also come from low-income backgrounds, status that often includes  disadvantages that runs the gamut from weak studying habits and poor high school preparation to limited support networks that help them wend through college life. In May, a study came out arguing community college students are unprepared for the already low academic standards at two-year colleges because high schools do not adequately prepare students in the language arts.

There are various initiatives underway to better prepare incoming college students. In Denver, the public school system is footing the bill for a series of subject refreshers, with the hope of tamping down the number of students who need remediation in college. Most students who enroll in remediation classes in college end up not finishing their programs, according to this Complete College America study. There’s a national program that targets this, too. Last month EWA hosted a webinar, featuring some of the programs supported by the National Science Foundation that aim to improve the number of STEM graduates. They include bridge programs for incoming college students, expanded support networks, and building relationships between local high schools and college campuses so students can know what to expect.