Where Do Veterans Enroll? 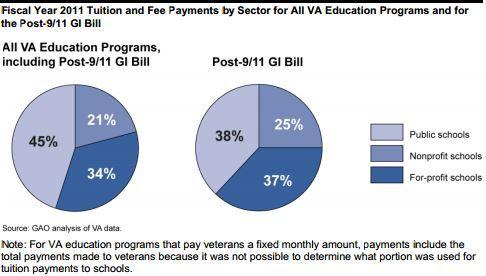 The GAO reviewed schools that receive a large amount of GI Bill funds. Below is a chart characterizing all institutions that took in at least $2 million in GI Bill payments. Within this group of schools, for-profit institutions took in the most dollars, and their students received the highest average benefits amount. 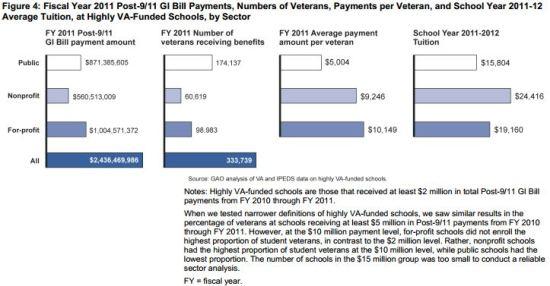 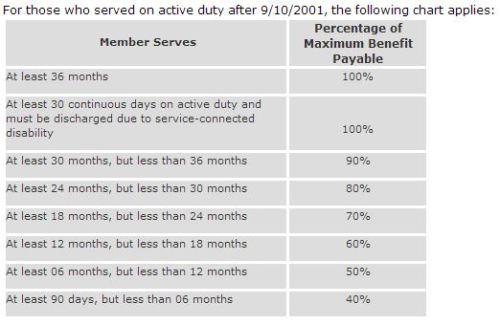 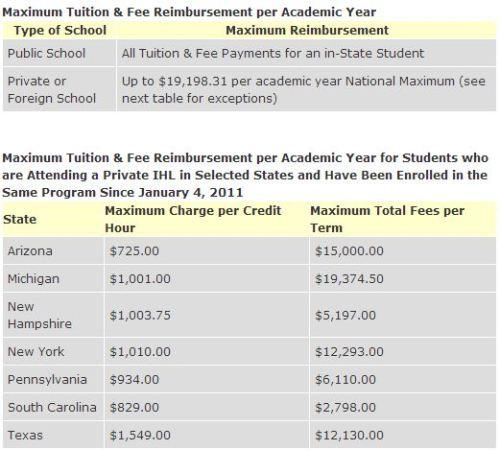 Use It or Lose it