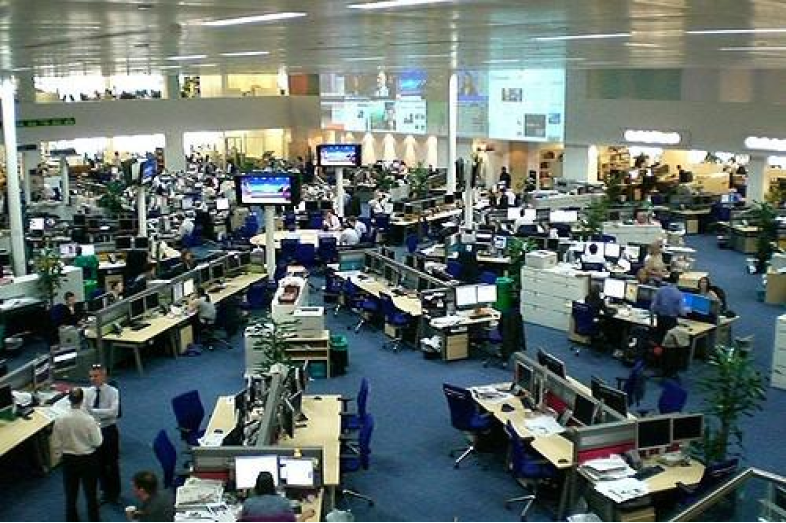 From Words to Action on Newsroom Diversity

“Diversity is essential to the success of the news industry.” Those words, once so eloquently stated by award-winning journalist Gwen Ifill, capture the overarching message conveyed during a recent panel on diversity in the journalism workforce. The spirited talk was part of the Education Writers Association’s 2018 National Seminar in Los Angeles.

The diverse mix of journalists and journalism professors included Danielle Belton of The Root, Laura Castañeda of the University of Southern California, Jon Funabiki of San Francisco State University, and Jesse Holland of The Associated Press. Francisco Vara-Orta, a staff writer at Education Week and a vice president on EWA’s board of directors, moderated the discussion.

The speakers’ commentary was heavy on hope, but also peppered with pessimism, frustration, and uncertainty about whether the persistent disparities in newsroom diversity will get addressed in the near future or ever.

“We’re back in the single digits,” noted Holland on the representation of black journalists in the news industry. His concerns and those expressed by his fellow panelists are backed by statistics showing that some slight progress aside, the staffs at most of the nation’s newsrooms remain mostly white and male. The latest American Society of News Editors (ASNE) Newsroom Employment Diversity Survey found that journalists of color made up 16.6 percent of the workforce in U.S. newsrooms. The findings showed a mere half-percentage-point decrease from the previous year’s figure, which is several percentage points higher than the figures recorded for much of the past two decades.

Award-winning broadcast journalist Farai Chideya, a political commentator and former NPR host, has taken up the issue as a fellow for the Shorenstein Center on Media, Politics and Public Policy at Harvard University. Chideya’s report centers on the state of diversity in American newsrooms, especially political press corps members, in the 50 years since the groundbreaking Kerner Commission report. (The Kerner Commission was established by President Lyndon Johnson to investigate the 1967 race riots in the United States.)

Chideya said in her report that diversity in hiring is not only a problem in many major newsrooms, but that some outlets are not forthcoming in sharing data. (Chideya contacted 15 top news organizations requesting the racial and gender breakdown of their political press corps. Only four fully shared the data, the report says, and two others partially shared data.)

“Major corporate news organizations in recent years have fought to prevent the release of data on their newsrooms because they are ashamed at how few people of color they employ, instead of acknowledging it and publicly committing to change it,” said Vara-Orta, reflecting after the panel. “Newsroom executives have the power to build a bigger table for all of us and it benefits our readers, viewers, sources, and the public at large.”

‘Defaulting to the Ivy League’

Does the journalism industry need a 12-step program to get moving on this issue? As Funabiki put it during the EWA discussion, many in charge of hiring, often white men, tend to gravitate toward hiring people who look talk and act like themselves, adding to the diversity gap.

We’ve “learned to talk diversity, but not hire diversity,” he said.

Castañeda agreed, suggesting that it’s time for the industry to do away with what she calls the “snob factor,” in regards to newsroom hiring. “Instead of defaulting to the Ivy League, they should cast the net widely and consider the many talented people who do the community college, then college route,” she said. “Lots of state schools also have terrific journalism programs.”

Diversity in hiring, all of the panelists agreed, has felt like an afterthought for a long time– especially in recent years. As covered in The Atlantic and The Huffington Post, major industry shake-ups and the Great Recession seem to have hit journalists of color especially hard. Holland shared exasperating experiences of being the only black journalist or one of a few journalists of color in coveted newsroom positions. Belton said she bounced around the country for years, taking journalism jobs in decidedly un-diverse newsrooms.

During those challenging times, Belton said, she often leaned on the members of the diverse communities she’d encountered in her reporting for support and motivation. She was finally able to hang up her Ruby-Bridges-meets-Davy-Crockett integration and pioneer hats when she took on the role of editor-in-chief of The Root. Working for the African American-focused vertical owned by

The Washington Post has been refreshing, she said, and has allowed her to focus more on telling important stories about the black experience, without additional burdens.

The panel wrapped up by raising as many questions as were addressed. Attendees walked away with a challenge to begin mentoring women journalists, journalists of color and other journalists who represent diversity. The ultimate goal is to help prepare them for challenges that they most certainly will face. The attendees also were charged with leading discussions with newsroom leaders – difficult discussions – about the need for and value of diversity in the industry.

Moderator Vara-Orta pointed out during his introduction that nearly half of EWA members rated racial and ethnic diversity as the “most important” priority in a July 2017 EWA survey about their views on diversity and inclusion in the newsroom, followed by economic class and foreign language proficiency. Members also advocated for hiring a more diverse workforce and training education reporters in how to cover underrepresented communities, he noted.

“Diversity and inclusion initiatives often are viewed as the work of those in newsrooms who come from historically marginalized groups, to make sure women and minorities are given a seat at the table when it comes to decisions about news coverage,” added Vara-Orta. He said it’s “really everyone’s responsibility to think about these disparities and what it says about our field of work that often calls out others for lack of representation.” The panelists’ words, again, were reminiscent of ones shared by Ifill, who died in 2016.

“Journalists must include diverse voices in their coverage in order to reach a broader audience,” Ifill said. “Our audience has stopped listening because they can tell that we’re not talking about them.”