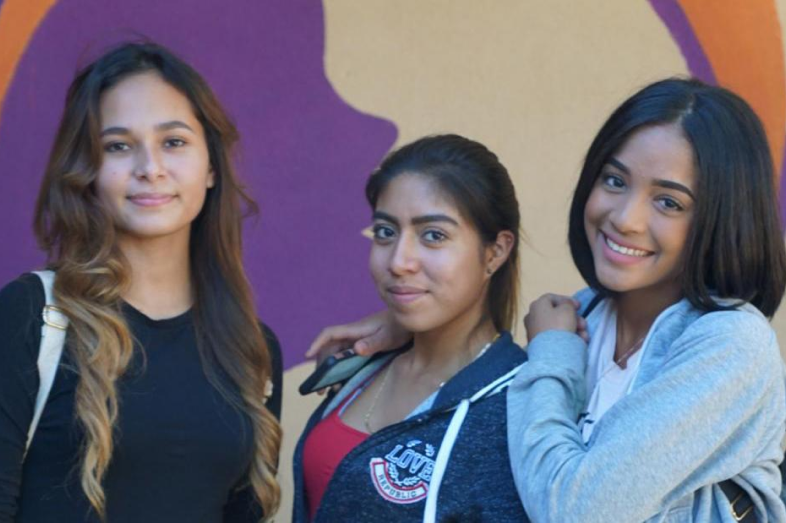 Ask the principal of any U.S. high school and they’ll likely tell you their goal is to graduate all of their students “college- or career-ready.”

Ask the principal of any U.S. high school and they’ll likely tell you their goal is to graduate all of their students “college- or career-ready.” That is, students should be prepared to begin postsecondary education or enter the workforce and be successful.

Andrea Purcell, the principal of an all-girls charter school, is no different, despite the fact that her group of 120 or so high school-aged students are among the most at-risk for dropping out.

The charter school landscape in Los Angeles is vast and varied. Even so, New Village is singular. It’s the first all-girls public charter school in California, designed to serve an especially high-need population, including students who are pregnant or parenting, in foster care, in juvenile probation, and who have previously dropped out of school.

Last year, 14 of New Village’s 26 graduates were accepted in four-year institutions.Then, Purcell opened New Village’s doors to us so we could see for ourselves how they’re making that last bullet point happen. Her only advice: Don’t miss the morning meditation for students and staff.

New Village is located on the campus of St. Anne’s Maternity Home, a residential facility for pregnant or mothering teens in the foster system and one source for students. It occupies a small space – just six classrooms and few auxiliary spaces, plus the main office; all surround a sunny little courtyard.

Purcell said that because student enrollment at New Village is small, the school is well-suited to deliver an education that is highly personalized to individual students. In fact, New Village is part of the Big Picture Learning network of schools, which considers individualized learning a hallmark. On its website, Big Picture says its core goal is “putting students directly at the center of their own learning.”

At New Village, that ethos plays out in personal projects each semester and an internship program that pairs students with community mentors in areas of interest to them, allowing them to get real-world experience twice a week.

The school uses Big Picture’s advisory model, with each student paired with a teacher for her entire career at the school. At New Village, students meet in advisory groups every afternoon Monday through Thursday and all day on Friday.

Because we visited on a Friday, the students were in their advisory class and each had a pretty loose structure. Teacher Jacqueline Benitez’s class was preparing sandwiches to take on a field trip to the science museum later that day. Yadira de la Cruz’s class was working on collage projects. A theater group that’s been working with the school had about a dozen girls running through improvisational acting exercises.

We were free to float between classes, talk to teachers and question students. Purcell said school staff try and work with their girls to get them comfortable talking about their goals and their past struggles. If they can’t own their stories, they can’t move past them, she said.

Through a partnership with the David Lynch Foundation, the students and staff are trained in transcendental meditation and practice it for 15 minutes, twice a day.

Judee Fernandez, the assistant principal, has made the school’s wellness program her focus. The daily meditation, she said, has made a significant difference in the school’s climate and culture, cutting down on fights and other discipline issues. New Village has an on-site social worker, as well as free medical care and mental health services for students.

For many of us visiting, New Village was unlike anything we’d seen before. It’s certainly not without challenges — a highly transient population, attendance issues exacerbated by a lack of available child care for students’ children and many students whose academic outcomes continue to fall below expectations for their grade level. But the school has willingly taken on an enormous challenge, targeting the kind of students that go unserved in many places.

It can be hard for journalists like me to step back in this job, especially when the conversation around public charters schools is such a political hot potato. I think our visit to New Village helped to illustrate the role that public schools, including charters, can play in tackling some of the biggest challenges in education. New Village showed us a different kind of charter school story worth reporting.