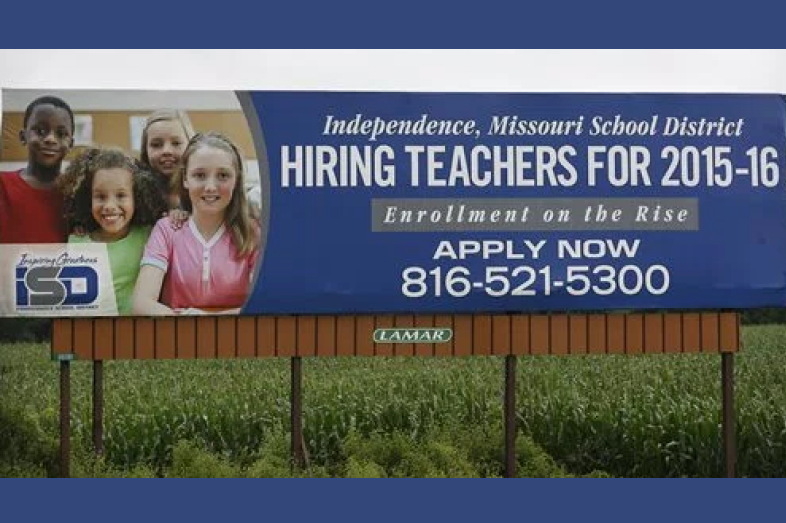 Have Warnings of Teacher ‘Shortages’ Been Exaggerated?

Predicting teacher “shortages,” evidently, is much like forecasting the apocalypse. It’s best to go into the enterprise with a flexible time frame.

“There was always a ‘shortage’ of 2 million teachers, and it loomed a year or two ahead. It seemed to keep getting pushed further and further back,” said Steve Drummond, the senior education editor at NPR News, who has heard diagnoses of a shortage since the 1990s.

Drummond was joined by Ross Brenneman, an assistant editor and the social media director at Education Week Teacher, for an Education Writers Association panel last month on teacher supply. The session, moderated by reporter Shaina Cavazos of Chalkbeat Indiana, was part of EWA’s recent seminar on teacher preparation.

“I don’t think that teaching is a national job market,” Drummond said.

As proof, he contrasted the print edition of the Chronicle of Higher Education, which is full of employment ads, to its slimmer K-12 counterpart, Education Week. (It’s worth noting that while professors’ credentials typically transfer among states,  K-12 teachers often have to jump through new licensing hoops when they move, making it a less-attractive prospect.)

“Higher ed is a national job market. If you’re a professor of English and you live in Pennsylvania, you might be interested in a job in Spokane, Washington,” Drummond said. “The reason Education Week is so thin is because teaching isn’t that way. … If you want a teaching job right now, Monday morning, I guarantee you, in Las Vegas, Nevada, you will be in a classroom and have a job.” (The panel took place on a Friday.)

Unlike Las Vegas, Drummond said the New York City school system receives many more applicants than it has teaching spots to fill. But even the New York City district faces shortages in certain areas, especially teachers of special education and English as a Second Language (ESL).

“Those are the two biggest things,” Drummond said. “Find me a school of ed in your region that requires ed school majors to minor in Spanish. Doesn’t that seem super obvious?”

Cavazos and Brenneman agreed that reporters should exercise caution when considering national statistics about teacher shortages.

Framing the panel’s conversation, Cavazos discussed receiving story pitches on a teacher shortage that bemoaned drops anywhere from 20 to 200 percent in college enrollment, purporting to amount to a massive crisis and lack of teachers. Having majored in economics in college, she thought the numbers were too big to be true.

Some digging revealed that the alleged shortage had more to do with federal reporting rules than with anything else, which is why Cavazos recommended “trying to get out of the traditional narrative of ‘There is a teacher shortage,’ because it’s purely a numbers game.” Instead, reporters should strive to understand what’s really going on.

Brenneman echoed Drummond’s tip for reporters to think locally, rather than falling for the narrative about a national shortage, but he cautioned against certain local approaches to the story as well.

“Even within states, there’s tons of variance, and in districts too,” he said. “School A is not going to act the same way as School B.”

Rather than thinking about districts or states, reporters should try to look at individual turnover in a single school, rather than what’s even happening down the block at another school, Brenneman said.

“Obviously it’s going to be different if you’re covering New York City versus Fargo, which is the first place I thought of since I just watched ‘Fargo,’” he admitted. “It’s really bad to generalize.”