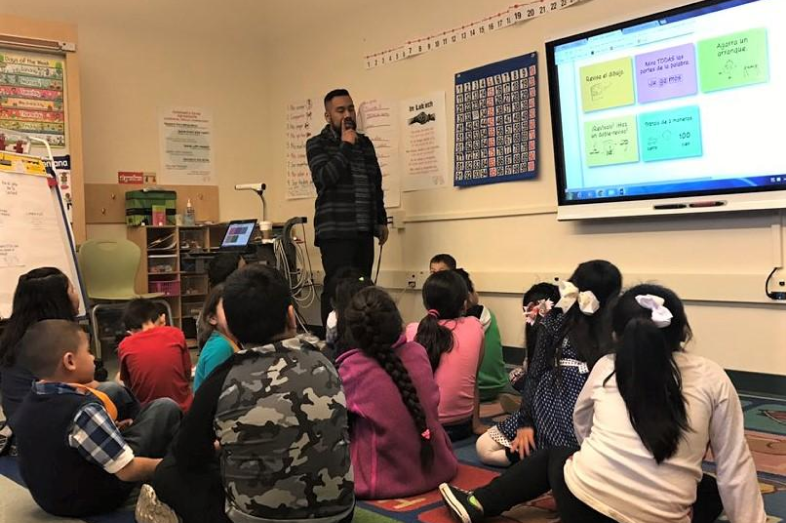 How Should Charter Schools Be Held Accountable?

In the contentious debates over what is a good school, parents are frequently pitted against public officials. The stakes are especially high for charter schools, which periodically must be granted a new lease on life.

It’s a case of one side pointing to test scores or compliance with various rules of operation, and the other invoking their satisfaction with the school in ways that may be hard to measure. While regulators may be tempted to close a low-performing school, parents regularly object.

The tension brings into question whether popular opinion or data-driven results define the quality — and value — of a public school. Such themes were on full display during a recent conference on charter schools hosted by the Education Writers Association.

“The word accountability is such a value-laden statement, and one that everyone ascribes a different meaning to,” said Robin Lake, the director of the Center on Reinventing Public Education.

One key question, Lake said, is “accountable to whom?” – parents, government contracts or even the market? Other questions, she said, are accountability for what and “with what consequence?”

Lake also took issue with the heavy focus on comparing charters with traditional public schools. Instead, she advocates “looking at the city as a whole” and whether all students are improving irrespective of the school’s governance structure.

Families served by charter schools may not feel loyalty to the sector, said Richard Gray, an education expert at Brown University’s Annenberg Institute for School Reform, because they care more about a single school’s fit for their kids than politically charged education policy.

The discussion turned to Detroit, where debates over charters have become a flashpoint. In that city, charter schools on average marginally outperform traditional schools, based on research from the Center for Research on Education Outcomes at Stanford University). Lake argued that even though both sectors in Detroit have performed poorly, parents welcome their options.

“All the parents that we have spoken to were very, very happy to have more choices. They felt empowered,” she said. “There are things coming from it that are real that we cannot discount.”

Panelist Greg Richmond said two key ingredients in accountability are the state laws that allow for the creation of charter schools and the charter authorizers — the state-approved entities responsible for approving charter schools, overseeing them, and granting them renewal. Richmond, who heads the National Association of Charter School Authorizers, said California is one of several states that doesn’t require charter schools to sign contracts with authorizers that spell out the explicit obligations for both parties. Richmond sees this as problematic.

“That contract should spell out what’s required of the school, … not just in terms of academic performance, but how do they operate,” he said.

The Problem of ‘Bad Authorizing’

Richmond urged reporters to dig more into the role authorizers play when they write about struggling charter schools.

“Most of the problems … are actually problems of bad authorizing,” he said. The authorizer should be monitoring the schools on behalf of the public and take action if they fail to meet their obligations, including potentially closing them down, he said.

When charters are underperforming, the panelists were split on which reforms worked best. Gray said closing schools isn’t a good approach.

“People are seeing the ravages in their communities from closing schools,” he said. “Parents are telling us that when you close a school in our community, it devastates that community.” Gray’s group released a report in 2014 that was critical of school closure.

Richmond’s organization, meanwhile, has called for the closing of 1,000 charter schools as part of a campaign to send one million students to higher-quality schools that are vetted by strong authorizers. He said the number of closures is increasing.

“Closing a school is very unpopular among everyone involved,” said Richmond. “We’d all be happy if it never had to happen … but you have to ask yourself, what else have we got?”