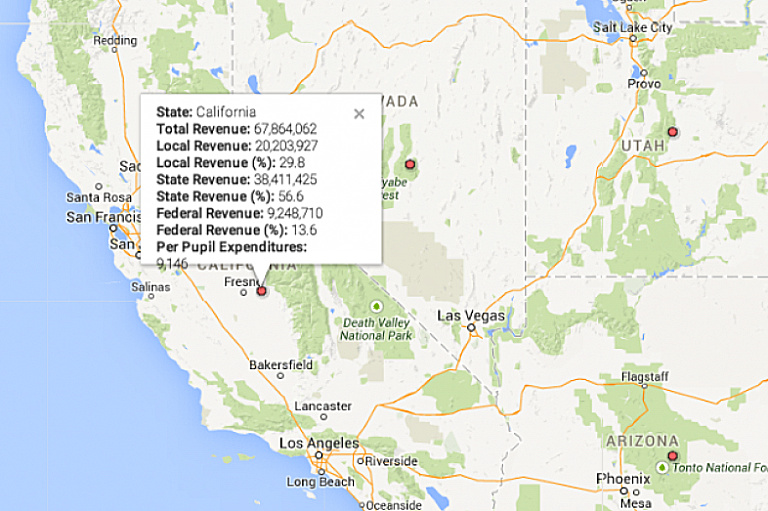 How the United States Spent $600 Billion on Schools

The United States spent $600 billion to fund public education in the nation’s K-12 schools in 2011, according to a new report released by the U.S. Department of Education that captures the latest figures on national public education spending.

The grand majority of taxpayer revenue came from local and state sources; just 10.2 percent of the money raised to fund the nation’s public school system hails from the federal government.

The report also summarizes how states spent their education dollars. More than $322.5 billion of the roughly $527 billion in expenditures went toward covering the cost of instruction. The other $204 billion was used mostly for support services, like $50 billion for operations and maintenance, nearly $40 billion for school and district leadership, $24.9 billion for instructional staff support, and $22.4 billion on student transportation costs, among others.

The revenues and expenditures are down slightly from the previous year. The 2011 data show total local, state and federal dollars designated for public education spending dropped $21 billion, or 3.5 percent, compared to 2010. The federal contribution to public education spending slid by more than 21 percent in those two years. Expenditures, which account for many types of spending commitments but not capital outlays and interest on long-term debt, fell by 3 percent between 2010 and 2011.

To view where your state’s revenues came from, see the interactive map Education Writers Association created using Education Department data. The tool has two main features: a spreadsheet that allows you to sort your state by a key variable and a map that packages your state’s fiscal data onto one neat card.