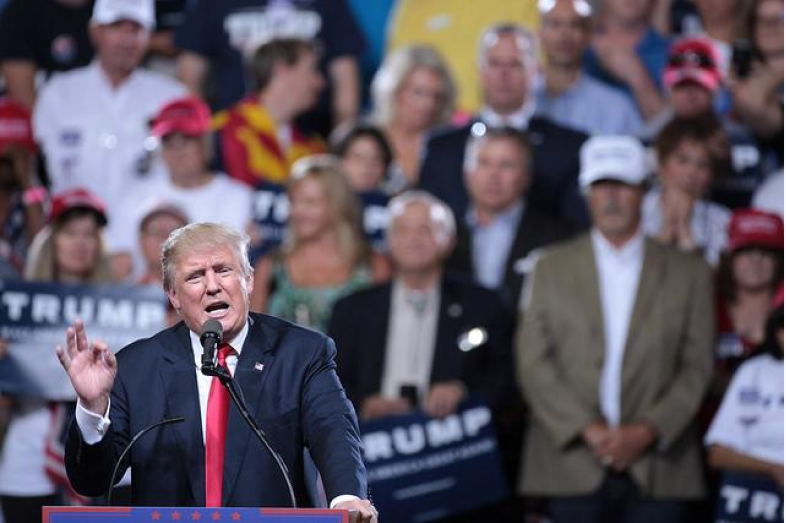 How Will Education Fare Under President Trump?

The long, strange election cycle came to an end Tuesday with the election of Donald Trump as the next president. And while his campaign platform was scarce on education policy details, there’s no question his administration will have a significant impact, from early childhood to K-12 and higher education.

But it’s the unanswered questions and uncertainty left over from the campaign season that leads the national headlines on the education front. As Education Week’s Andrew Ujifusa writes:

“Having never held elected office, Trump’s K-12 record was already relatively thin compared to some of his opponents when he began running last year. He’s mostly discussed public schools in sound bites, claiming that he would get rid of the Common Core State Standards (which aren’t a federal program) as well as gun-free school zones.

And his election could represent a serious threat to the U.S. Department of Education, which he has said he’d either drastically cut or eliminate altogether. Plus, key Obama-era regulations governing the Every Student Succeeds Act, which many Republicans have said they dislike, could also be rescinded by Trump.”

The Hechinger Report has a solid roundup of reactions to Trump’s election, including “a plea for the vulnerable and the bullied.” Among some of the other early takeaways on the education beat:

On the higher education side, a similar lack of clarity on Trump’s policy stances also dominated the headlines. And there are concerns that his election could spur greater divisiveness on college campuses already grappling with complex issues related to diversity, sexual assault, and racial tensions. From the Chronicle of Higher Education:

For now, the biggest and most lasting imprint of his abrasive campaign may be apparent in the charged climate on college campuses — one that could worsen after his surprise victory. Across the country, colleges have grappled with questions of diversity and inclusion that arose in part because of Mr. Trump’s divisive rhetoric.

On the federal policy front, Inside Higher Ed’s Andrew Kreighbaum notes that the reauthorization of the Higher Education Act is looming, and will be shaped by a Congress where Republicans control both the House and the Senate. Also at issue – holding colleges accountable for their students’ success after graduation. As Kreighbaum writes:

“A number of higher ed issues would be on the committee’s agenda, including the so-called risk-sharing proposals that have gained bipartisan support in both chambers. Risk sharing — also frequently referred to as “skin in the game” measures — would entail holding colleges and universities accountable for outcomes like graduates’ ability to repay their student loan debt.”

Here’s a sampling of other education-related stories pegged to the 2016 elections:

For more on the impact of the election, join EWA at the National Press Club on Monday, Nov. 14 at 2 p.m. You can participate in person, and also watch the forum online.