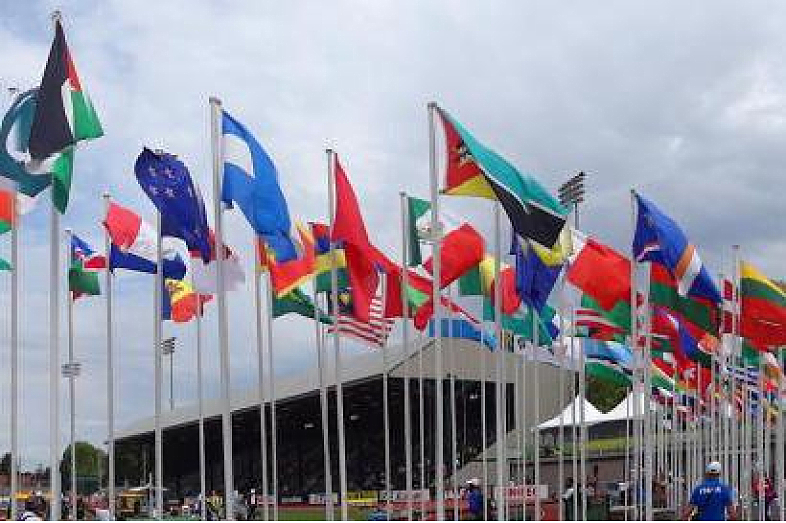 If you’re a student at an American college or university, chances are you’ll be living and learning in the midst of a more diverse student body than students who attended school a decade ago.

Recent years have seen an influx of international students to American colleges and universities. While the trend certainly isn’t new, it’s becoming more prevalent, according to a panel of experts at the Education Writers Association’s recent National Seminar.

In the 2013-2014 school year, about 886,000 international students came to study in the United States, which marks an eight percent rise from the previous academic year, said Peggy Blumenthal, of the Institute of International Education.

“The story this year is undergraduates,” Blumenthal said.

International graduate students coming to study in the United States other countries has been common for years, but a higher number of undergraduates is newer, Blumenthal said.

Many of the students are Asian; a whopping 31 percent of all international students hail from China, followed by South Korea and India.

Students from countries including Brazil, Kuwait and Venezuela are also coming to the States, in part because some countries give away state funding to sponsor students’ education.

But many more international students finance their own education, the panel said. Sixty-five percent of overall students and the vast majority of undergraduates – 81 percent – come to the United States on their own dime.

Just by coming to the United States, these students are contributing a substantial amount to the American economy – $27 billion in tuition alone, according to a report from the Institute of International Education.

Education experts are talking a lot about what this influx means for the future of American colleges and universities.

On the one hand, panelists said, more diversity in schools is a good thing, especially in a world that’s increasingly globalized.

International students “are the best ambassadors the United States has” when it comes to addressing international issues such as climate change and the global economy, said Gil Latz of the Association of International Education Administrators.

Those issues can’t be addressed “if we’re just talking to ourselves,” Latz said.

In addition, panelists said an American education may be beneficial for international students because there’s more freedom to choose classes and fields of study than there is in countries like China and South Korea.

Still, not everyone is happy with higher numbers of international students in American schools, experts said.

In some public schools, the influx has created a conversation about some schools are enrolling more international students than American students representing different minorities.

With about 10,000 international students University of Illinois at Urbana-Champaign has more than any other institution in the country, said Nicole Tami, director of International Student Integration at the university.

Tami said she believes this is in part because college is more unattainable for poor minority students in the United States who can’t afford college and struggle to get aid.

“That’s a problem and it needs to be addressed,” Tami said.

And while those students can’t go to a four-year school, international students who can afford to attend school in the United States help fill the gap in admissions, she said. Still, schools are trying hard not to shrink the number of admissions slots dedicated to domestic students, panelists said.

Tami said she believes the system is currently set up to put the onus is on international students to integrate themselves into a foreign community, which can be very difficult.

Panelists said they believed administrators and staff at American universities need to recognize that international students’ experience at their schools will probably become a huge part of how they view the United States overall.

They discussed the possibility of schools beefing up their English as a Second language programs or including mentoring programs to assist students to understand lessons being taught by American professors in addition to integrating into an American campus.

“It’s about education and training, not just for our students but our instructors,” Tami said.