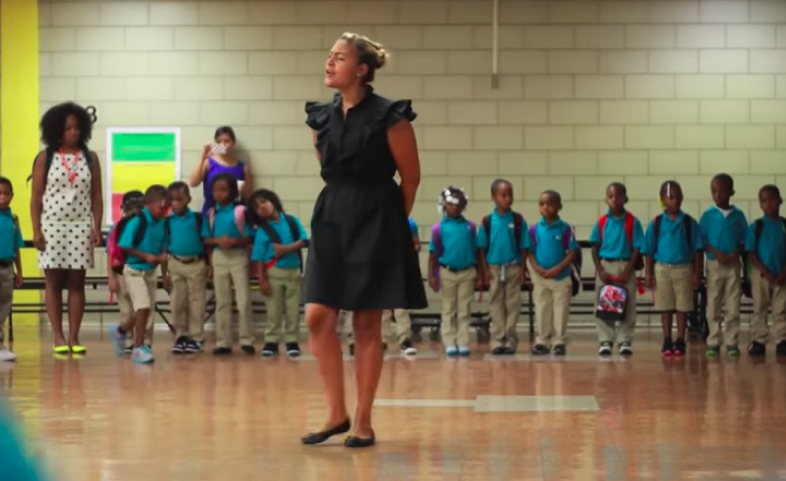 Diversifying the teacher workforce — an issue of growing concern to education leaders and policymakers — is difficult to achieve because of leaks in the pipeline and after teachers of color reach the classroom, a panel of experts told reporters at a recent conference.

Diversifying the teacher workforce — an issue of growing concern to education leaders and policymakers — is difficult to achieve because of leaks in the pipeline and after teachers of color reach the classroom, a panel of experts told reporters at a recent conference. The challenges start in teacher-prep programs and extend through certification, hiring, placement, retention and leadership, the speakers said at a recent Education Writers Association event.

Nationally, roughly 20 percent of K-12 teachers are racial and ethnic minorities, according to Michael Hansen of the Brookings Institution, while 50 percent of those attending K-12 schools are students of color. Though the desire to increase the number of African-American teachers has gotten the most attention, Hansen said the gap between the percentage of Hispanic students and teachers is even larger.

The goal, he said, should be to have a similar proportion of students and teachers of color. Reaching that goal will not happen anytime in the near or distant future, he said, unless major changes are made to the way teachers of color are attracted, placed, and retained.

Increasing the racial and ethnic diversity of educators has real benefits for students of color, according to Cassandra Herring, the president and CEO of the Branch Alliance for Educator Diversity, or BranchED, an organization aimed at preparing educators to teach all students. Those benefits include higher graduation rates, higher achievement scores, lower levels of discipline referrals and higher levels of referral into gifted programs, she said.

“We know that teacher diversity has a positive impact not just on children of color, but on all children,” Herring said, helping to break down racial biases, among other effects.

A 2016 Brookings report, coauthored by Hansen, cites a variety of research studies that point to academic and other advantages of being assigned to a “same-race teacher.” The report notes that the number of minority teachers doubled in recent decades, from 325,000 in the late 1980s to 660,000 in 2012, but this growth has not kept pace with an increasingly diverse student body.

The report also offers some cautions. First, it says teacher quality “has a much greater [academic] effect on all students” than the race of teachers. And second, it emphasizes that the goal should not be for every student to be taught by a teacher of the same race, but rather for all students to regularly interact with teachers of their own and other racial and ethnic groups.

Not Just an Urban Issue

Randi Weingarten, the president of the American Federation of Teachers, said the benefits of a more diverse teacher workforce extend beyond the classroom.

Hansen said a lack of educator diversity isn’t only an inner-city problem, but an also an issue in suburban schools, too.

“The white suburban district that is only employing the white teachers,” he said, “actually are the ones that have more of a diversity problem because there is no exposure at all.”

Darline Robles, an education professor at the University of Southern California argued that diversifying the teacher workforce is a “moral imperative,” in that creating inclusive environments in schools will help achieve the country’s democratic aspirations.

There can also be a breakdown in how teacher candidates experience teacher prep programs once they’re in, Herring said.

“They go into programs that don’t necessarily feed their social justice, equity-oriented positioning, and they don’t complete,” she said.

Herring sees a need to better support not just the teachers, but also the minority-serving institutions that her organization works with. Such institutions, which include historically black colleges and universities, are responsible for providing 48 percent of teachers of color, though they account for only 13 percent of teacher preparation programs overall, she said.

Hansen said if the certification requirements, which could include tests like the Praxis, are too difficult, teachers of color disproportionately get screened out. The problem with that, he said, is, “Most information we see about teachers before they enter the classroom is not very predictive of how they’re actually going to be once they start teaching.”

The hiring process can also create barriers, panelists said. Robles said leadership at the district level must embrace teacher diversity, and that can be difficult when there isn’t much diversity at that level.

Recent survey data from AASA, The School Superintendents Association, indicates that 94 percent of district leaders are non-Hispanic whites, though the survey was not nationally representative. (Nearly 1,200 superintendents responded.) Meanwhile, about 80 percent of public school principals are white, according to a 2016 report on educator diversity based on federal data from the National Center for Education Statistics.

“Who is at that table making those policy decisions?” Robles asked. If there is little diversity, she said, then there will be little change.

Weingarten said data from the Albert Shanker Institute shows that more people of color are entering the teaching profession than ever before, but those teachers aren’t staying. (The Shanker Institute is a Washington think tank named for the former president of the AFT. Weingarten serves on the board of directors.)

Retaining teachers of color must be intentional, Weingarten said, and a welcoming culture is essential. When there are few teachers of color in a school or district, she said, those teachers may feel isolated and lonely. Those experiences can ultimately push a teacher of color to quit teaching, she said.

Weingarten said the AFT has been successful working with schools and districts in “grow-your-own” programs that recruit paraprofessionals and community members to become teachers.

The speakers, when asked, offered some suggestions for story ideas and questions that journalists should pursue.

Herring recommended finding K-12 districts that partner with teacher prep programs to serve as a link for teachers of color.

Hansen said a good question to ask school and district leaders is where should minority teachers that they hire be placed and why.

Robles recommended taking a look at district hiring processes in local communities. What is the recruitment and retention plan? Is there any evidence the hiring process has any bias?

Weingarten said to look at the trend data: Is the teacher workforce in a particular place becoming more or less diverse by race and ethnicity?