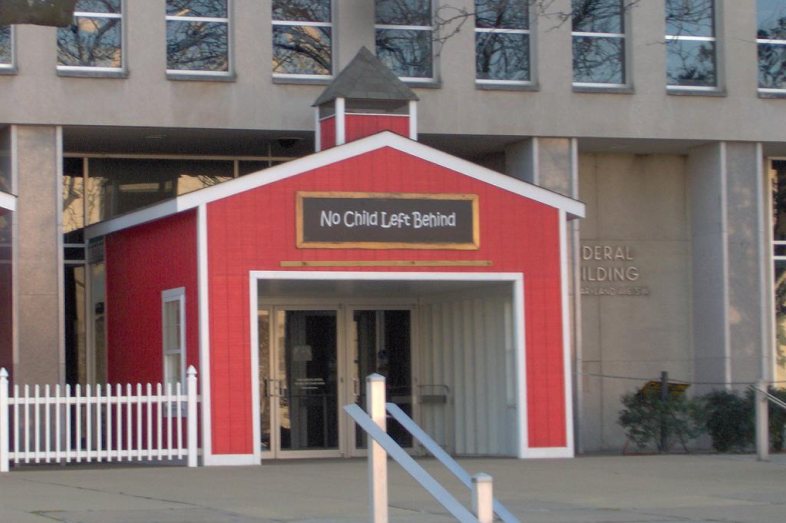 It’s been a hugely busy week for education reporters on Capitol Hill, as the Senate plowed its way through the Every Child Achieves Act, one of the leading contenders to replace No Child Left Behind as the nation’s framework for funding public schools.

The Senate approved passage of the bill Thursday with 81-17 vote.

To say this is an overdue moment is something of an understatement:

Right now, the kid who was a 4th grader when rewrite was originally due is packing for her freshman year of college. https://t.co/lLjSmGKqjW

There’s been fine work on the Senate bill from Education Week’s Politics K-12 bloggers (Alyson Klein and Lauren Camera), as well as Politico’s education team, all of whom kept close tabs on the last-minute amendments and maneuvers. (I also enjoyed this Q&A with Lyndsey Layton of the Washington Post, as she pulled back the curtain on the power plays.)

The Elementary and Secondary Education Act, which enjoyed its 50th anniversary Thursday, is more than eight years overdue for reauthorization. As I wrote recently, one of the key debates is over how much autonomy states should have when it comes to holding local schools and districts accountable for student achievement.

Also at issue are questions of funding equity and whether existing formulas are shortchanging the neediest students in the weakest schools. Indeed, a coalition of civil rights advocates contend that the feds aren’t doing enough to ensure that the needs of vulnerable students are being met. For more on the concept of educational equity, take a look at a piece I wrote last year as part of our Word on the Beat series. In fact, I’m looking for suggestions for future education buzzwords to feature, and I’d love to hear your suggestions.

Over at EWA Radio this week I had the chance to chat with Delece Smith-Barrow, who covers higher education for U.S. News and World Report. She had some terrific insights from the beat, particularly when it comes to covering Hispanic college students. They’re fastest-growing demographic when it comes to higher ed enrollment, but their attainment level (the percentage who bachelor’s degrees, typically within six years) hasn’t kept pace.

Delece had some smart ideas for local reporters covering these issues, and she also dispelled some myths about Hispanic college students. You can catch up with the podcast. And to make sure you don’t miss future episodes, you can subscribe to us via iTunes, Pocket Casts and, our newest partner, Stitcher.