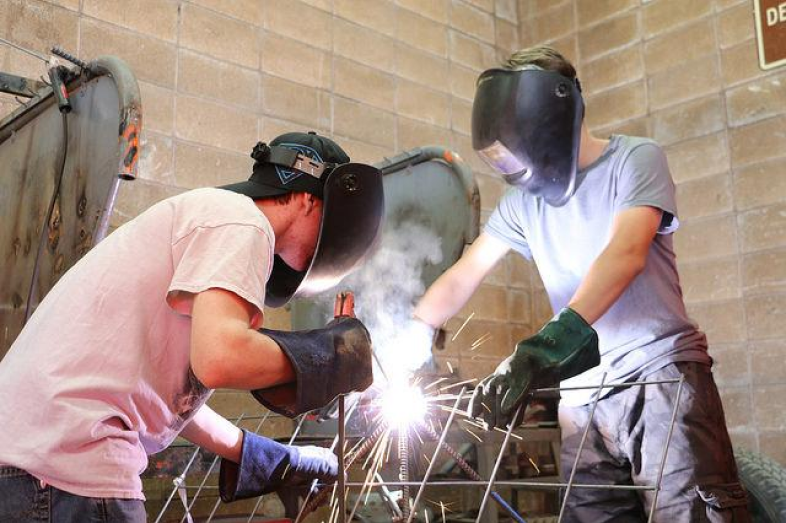 When it comes to judging a school’s quality, what matters most? A new poll suggests the American public puts a premium on offerings outside of traditional academics, including career-focused education, developing students’ interpersonal skills, and providing after-school programs and mental health care.

At the same time, even as local schools were generally viewed favorably in the national survey, parents said they would consider taking advantage of vouchers for private or religious schools if the price was right.

And while parents said they favored schools that were economically and racially diverse, a majority were unwilling to have their child endure a longer commute to attend a less-homogeneous campus.

This the 49th year of the annual poll of attitudes on public education from Phi Delta Kappa International, a professional association for educators. Nearly 1,600 adults responded to the telephone survey, including 636 parents of school-aged children.

Some of the findings have remained consistent for decades, including respondents listing a lack of funding as the No. 1 problem facing public schools. This year’s poll includes some new questions related to vouchers and school diversity, as well as career and technical education.

Before digging deeper into the results, here’s a caveat: Polls are a snapshot and not a litmus test. People who take part in polls are often asked to render judgment on complex topics with little or no background information. At the same time, polls can be useful as quick glances at the public’s perspectives on key education issues.

The full PDK poll is here, and worth a close read. It’s also worth evaluating in context with other recent polls on related topics like school choice, including Education Next’s annual survey, published earlier this month.

Here are a few takeaways from this year’s PDK findings:

Choices, choices. The national spotlight on school vouchers — spurred in part by the enthusiasm President Donald Trump and Secretary of Education Betsy DeVos have voiced for using public dollars to pay for private education — is “out of step” with the priorities of many Americans, according to the PDK survey’s authors. When asked, “Do you favor or oppose allowing students and parents to choose a private school to attend at public expense?” 52 percent of Americans opposed the idea while 39 percent were in favor. Opposition rose even higher, to 61 percent, when PDK pollsters followed up with an expanded question, added this year, which asked about using public dollars to pay for private schools with religious affiliations.​

Public school families are loyal — to a point. As has been the historical trend for decades, poll respondents showed greater enthusiasm for the day-to-day operations of their local public schools than for the direction of public education nationally. One out of every seven respondents gave their local schools an “A” grade, the highest point in 40 years of PDK asking the same question. But when asked if they would consider sending their child to a private or parochial school, parents made it clear that finances were a factor. If public funds were available to cover the cost of attending a private or parochial school, 39 percent of parents said they would opt for a private or religious school. But if only half the tuition bill was picked up, the percentage of public school defectors dropped to 21 percent.

Less testing, more support: Building on a trend in recent years, PDK found little enthusiasm for standardized testing. Less than half of the respondents — 42 percent — said standardized tests were an important measure of school quality, compared with 76 percent who said offering advanced academic classes was a strong indicator. Two non-academic offerings received similarly strong support: extracurricular activities ranked second at 71 percent, with art and music classes close behind at 70 percent. And there was strong support for schools to provide extensive support services to students in need, from after-school programs (supported by 92 percent) to mental health care (87 percent).

But when asked whether they would be willing to have their child “commute farther than they do today” to get to a school that was more diverse either ethnically or economically, parental support overall sharply declined. Just 25 percent of parents said it was “worth the trip” to a more racially diverse school, and support was even lower for commuting to an economically diverse school (20 percent of parents supported it). That split “may reflect a socially desirable answer rather than one on which individuals are fully convinced or willing to act,” the survey’s authors concluded.

Beyond college readiness: Respondents showed enthusiasm for career and technical education — which often combines traditional academics with intensive coursework in a particular career-oriented field. High schools should offer “certificates or licenses qualifying students for employment in specific fields,” according to 86 percent of respondents, and 82 percent were in favor of “job or career skills classes in place of academic classes.”

Support for CTE was highest among poll respondents earning less than $100,000 annually, those who were under 65 years of age, and those who said they expected their school-age children to go directly to work after high school.

There’s plenty of evidence that CTE programs can be effective. Career-focused high schools often boast significantly lower drop-out rates and higher graduation rates than traditional high schools in their communities, and in some cases students have been found to be more likely to complete a postsecondary degree. But such programs are also expensive to run, and quality can vary widely.

At Lexington High School, about two hours west of Nashville, Tennessee, criminal justice teacher and former police officer Tommy Cepparulo said that while he believes college isn’t for everyone, he still makes sure his students know that a postsecondary education can open doors. One example: Through a dual-enrollment program with local community colleges, students at Lexington can earn credits toward professional certification in a variety of fields.

“I have former students working in local law enforcement, in corrections at maximum security prisons. And I have some in law school right now to become attorneys,” Cepparulo said. “I tell my students, ‘You can top out (on the salary scale) at $40,000 in local enforcement versus $120,000 with the FBI. But the FBI isn’t going to take you without a degree.”

The poll results don’t suggest the public expects an either-or scenario between academics and career-focused education, said Joshua Starr, the CEO of PDK and the former superintendent of Montgomery County schools, Maryland’s largest district. Indeed, 61 percent of polled parents said they expected their oldest child to attend college full time. Starr said he can’t draw conclusions about the “why” behind the numbers — those are the kinds of conversations he hopes the poll findings will spur among policymakers and at the school community level. But he has some theories on the strong support for CTE, including how it relates to the pushback against standardized testing.

“We’re at almost 20 years of a single focus on mathematics and literacy as the only indicators of (school) quality,” Starr said in an interview. “Kids have to navigate an increasingly complex world in their own terms if they want to be successful. Doing the same work that we all did when we were in high school doesn’t necessarily instill a lot of confidence in folks that their kids are going to be prepared for an increasingly complex future.”

Support was also high for schools to focus on teaching interpersonal skills — including being cooperative, respectful of others, and persistent at solving problems — with just over eight out of every 10 survey respondents listing it as a key priority. Skills including teamwork and persistence also ranked highly. Some of this aligns with social-emotional learning , a growing focus among educators and researchers on how young people are taught to relate to other people and manage their own behavior. It also dovetails with how some schools focus more broadly on developing students’ character and citizenship .

Skills like teamwork and persistence are necessary for the jobs of the future, said Maria Ferguson, the executive director of the Center on Education Policy at George Washington University.

A recent report by the center, which analyzed data from the U.S. Department of Labor, found that to be ready for the workforce, students needed a wide range of skills beyond textbook knowledge, including the ability to communicate effectively, a belief that their effort would result in professional growth and success, and that their work had value. Working collaboratively and taking an analytical approach to problem solving were also important.

“We cannot put this on educators as one more thing for schools to do,” Ferguson said. “This is on all of us. Students develop these skills in class, in their civic engagement, and out in their communities. I think that people get that these skills are important, but they think it’s someone else’s job to deliver it — the teacher’s job or the superintendent’s job. It’s our job, too.”