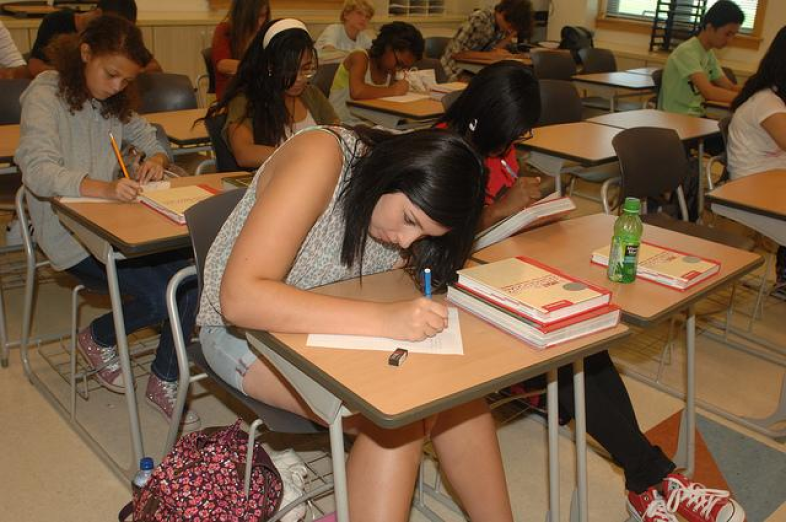 Author: Mikhail Zinshteyn
Back to Skills

New details on Common Core-aligned assessments came to light yesterday, as officials with one of the state testing consortia shared information on cut scores for the roughly five million students who took the Partnership for Assessment of Readiness for College and Careers (PARCC) tests this spring. In addition, the officials revealed the timeline for when those results will be made public.

However, experts cautioned that comparing the PARCC results with states that used other assessments will be difficult, limiting the context reporters can offer readers. Still, the debut test results are promising to be rich with new information on how students are faring academically.

During a Sept. 10 webinar hosted by the Education Writers Association, PARCC officials told reporters that students who took the tests will receive scores on a scale between 650 and 850 points. The achievement thresholds for each of the five levels are: level 2, 700; level 3, 725; and level 4, 750. Jeffrey Nellhaus, the chief of assessment for PARCC Inc., told reporters that level 5 cut scores will vary according to a curve, but will be around 803 points. Each level indicates a greater comprehension of the academic material, with level 4 meaning the student met grade-level expectations.

In addition to the overall scores, parents will see how their children fared on various concentrations within the major subjects, like vocabulary and literary analysis for the English Language Arts portion. Click on the mock math and ELA scores for a more detailed look at what parents can expect in the late fall.

PARCC officials said that while these student-level score cards won’t be released to the public, aggregate scores at the district and state level will have similar detail. Officials earlier in the week were also reluctant to reveal the various cut scores, as Education Week’s Catherine Gewertz wrote here.

The webinar participants also shared a timeline for when test results will be released. The Plain Dealer’s Patrick O’Donnell reports that PARCC is stressing that states, not the consortium, will release data on their own timetables.

Ten states and the District of Columbia will release 2015 scores in October and November. Massachusetts gave school districts, public charter schools and vocational high schools the option of administering the PARCC assessment or the state’s existing assessments for English language arts and math, known as the MCAS. The other states are Arkansas, Colorado, Illinois, Louisiana, Maryland, Mississippi, New Jersey, New Mexico, Ohio and Rhode Island. By comparison, 18 states issued the Smarter Balanced assessments in 2015. Only a few years ago, 45 states were in talks to issue tests through one of the two consortia.

One of the stated goals of the Common Core standards was to have the ability to compare the performance of students across state lines. Even before criticism of the standards and their corresponding assessments mounted in 2014, there were questions as to whether the two consortia – PARCC and Smarter Balanced – would be comparable enough to give the public a snapshot of how states in the two testing blocs measure up against one another.

Panelists at the EWA webinar said any comparisons to other states should be made with caution, especially those in different consortia, in large part because this was the first year these tests were taken by students. Because these tests represent a departure from previous state tests, comparisons to those older state assessments should be limited, the panelists added.

Chris Minnich, the executive director of the Council of Chief State School Officers, cited technical hiccups, particularly those in Smarter Balanced states, as one of the issues that affect the ability to compare results this year. Nellhaus said that while it’s unlikely the two consortia will ever be at a point to make direct comparisons, approximations are likely as states continue to issue these assessments.

Hanna Skandera, the secretary of the New Mexico Public Education Department and a member of the PARCC governing board, said during the webinar that comparisons within the consortia should be easier to make. She also said that in future years the test scores will be made public earlier. States were slowed down by the time-consuming task of setting performance standards this year, something that won’t come up in future testing periods, Skandera explained. Still, results from spring 2015 will affect students in the 2015-16 school year. In New Mexico, the PARCC tests will factor into whether students graduate from high school.

How can reporters make use of the information laid out in this webinar? Here are a few ideas: