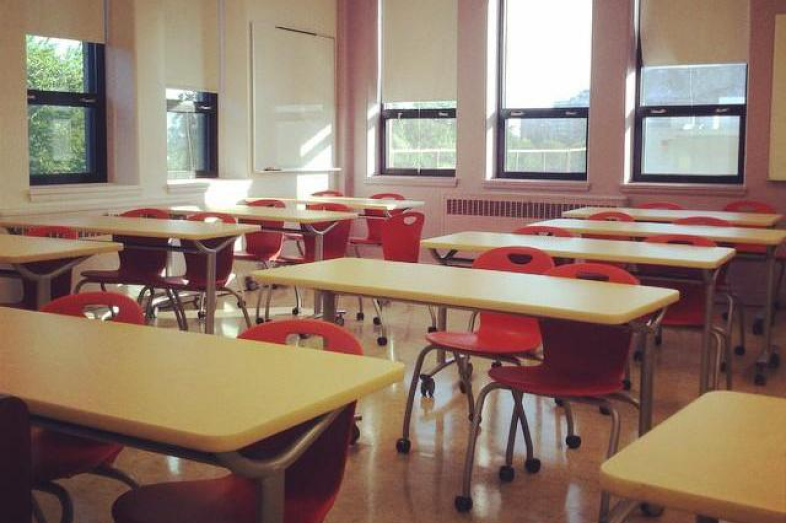 While too many students at all grade levels are regularly skipping school, many preschoolers and kindergarteners are missing nearly as much seat time as teenagers, according to a new report.

The lost learning time, particularly in the younger grades, translates into weaker math and reading skills that become long-term deficits for students even years down the road, according to the new report from Attendance Works, a national advocacy organization, and the nonprofit Healthy Schools Campaign.

(Those findings are consistent with a recent study by the University of Chicago’s Consortium on Chicago School Research which found preschoolers who were chronically absent had weaker social-emotional development, and more trouble with basic academic skills later on, than their peers with better attendance.)

“Chronic absenteeism” is defined by the researchers as missing at least 10 percent of instructional time over the course of an academic year. That’s about 18 days in most districts. At the national level,  one in 10 kindergarten and first graders are meeting that threshold, which amounts to a month of instructional days, according to the new report. The Everyone Graduates Center at Johns Hopkins University conservatively estimates that 10 to 15 percent of the nation’s K-12 population—5 million to 7.5 million students each year—are not attending school on a regular basis.

While it’s a truism that kids can’t learn when they’re not in school, historically chronic absenteeism hasn’t gotten much attention in the broader debate over how to improve outcomes for students. That’s beginning to change, in part thanks to some first-rate reporting on the issue, including by the Chicago Tribune and The Oregonian, among others. The Attendance Works report makes it clear this is fertile territory for education reporters to explore not just as an investigative project but in their daily coverage of the nation’s public schools.

At the same time, the report’s authors are careful to emphasize that this is a community problem, and not just a school problem, and the solutions will require significant effort by educators, families, and the students themselves. (New York City’s recent successes are one example.)

Among the key findings: Students of color and those from low-income families are more likely to miss school than their more affluent, white classmates. The absences for poor and minority students are often tied to health factors such as asthma, dental problems, learning disabilities, as well as emotional issues tied to trauma and community violence, according to the report. In the fourth and eighth grades, the widest gaps in attendance rates between poor students and their affluent peers were found in Connecticut, Hawaii, Michigan, Ohio, Rhode Island, and Wisconsin.

Asthma rates are higher among some children of color and those coming from low-income families, who often reside in substandard housing where mold, insect droppings and other health triggers are more prevalent, said Rochelle Davis, president of the Healthy Schools Campaign. Parents often opt to keep younger children home on days when an asthma attack seems likely.

In its coverage of the new report, Southern California Public Radio highlighted interventions to help remedy this situation:

“The Long Beach Alliance for Children with Asthma (LBACA) sends community health workers into children’s homes to teach parents how to eliminate mold, cockroach infestations and other suspected asthma triggers.  LBACA reports that nearly three-quarters of children who missed school before enrolling in its program had not missed school at the six-month follow-up.”

One key issue to consider when it comes to absenteeism is how little national data exists on how frequently kids — from all socioeconomic and racial groups – are skipping class, and whether those absences are considered “excused” or “unexcused” by the schools.

Up to now, researchers have relied on smaller studies and gleaning information from schools, districts, and states. The National Assessment of Educational Progress, which is given to a representative sampling of students in grades 4 and 8, also asks them to report how often they missed school in the prior 30 days, and Attendance Works has used that data in its reports.

From the Washington Post’s coverage today:

“Students who take the NAEP are asked to report how often they were absent in the month before they took the exam. Nationally, black and Latino students are more likely than white students to report being absent three or more times in that month, and poor children are more likely to be absent frequently than affluent children.”

A handful of states – including California, Hawaii, New Jersey and Oregon — require schools to report chronic absenteeism, and use that data as an accountability performance measure. But most districts track only “average daily attendance” as required by the federal No Child Left Behind Act, which calls for schools to be at 95 percent or better. That can paint a falsely rosy picture, said Hedy Chang, the director of Attendance Works.

“At 95 percent you can easily have 20 percent of your kids chronically absent,” she said. “It just tells you how many kids show up every day … It doesn’t tell you how many kids are absent so often they’re academically at risk.”

Researchers and attendance advocates will be getting some help – for the first time, the federal Office of Civil Rights has told school districts to report how many of their students missed at least 15 instructional days each academic year. The first report is due out this spring.