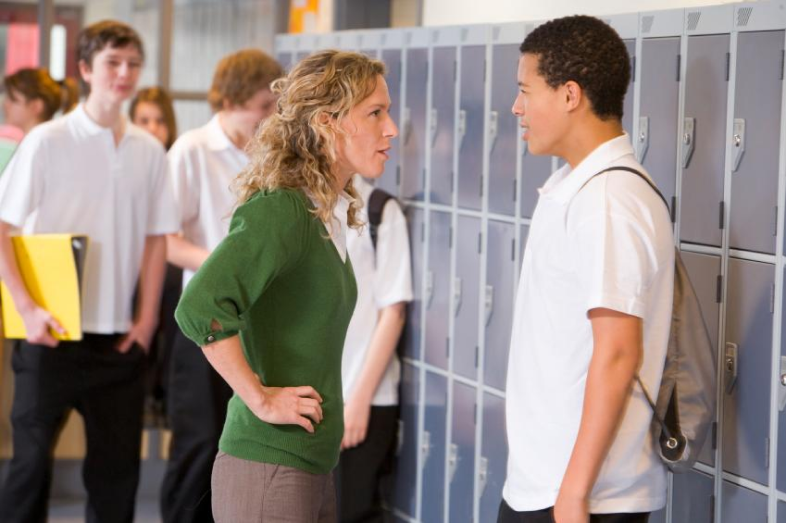 A decade ago in Las Vegas – where I spent eight years as an education beat reporter – the school district was a boom town of soaring student enrollment, breaking ground on a new campus nearly every month. With the need for more classroom seats came an equally pressing shortage: principals. To be asked to open a new school was considered a plum assignment, and usually was a reward to a veteran administrator after decades of service with a proven record of achievement.

However, the Clark County School District also set strict limits on how many teachers would be allowed to follow their principal to the new campus: a necessary means of preventing the old school’s staff roster from being gutted. It didn’t matter if the new school meant a longer commute, or potentially a more challenging student population. Effective leaders were magnets for teacher talent.

But a new study out today from the conservative-leaning Thomas B. Fordham Institute suggests that with highly effective principals in short supply, some districts might be missing out on opportunities to recruit and retain promising candidates.

Fordham sent its researchers into five large urban districts – representing a cross-section of the country – that were granted anonymity in exchange for access to their principal hiring practices. Here’s the nut graph from the Fordham report, which is worth a close read:

“Our primary finding is that principal-hiring practices—even in pioneering districts— continue to fall short of what is needed, effectively causing needy schools to lose out on leaders with the potential to be great. Our research suggests, however, that better hiring practices alone are only part of the solution. Districts must also re-imagine the principal’s role so that it is a job that talented leaders want and are equipped to execute successfully.”

Fordham researchers make a number of recommendations for improving principal hiring including streamlining the often grueling expectations of the complex and vitally important job, boosting pay by $100,000 to attract stronger candidates, and establishing a transparent recruiting process that’s routinely monitored and reevaluated. In contrast, too often the principal selection process is haphazard, with minimal effort to make sure an individual’s experience and leadership style is the right match for the specific needs of a particular campus, the report concludes.

“Without a comprehensive re-imagining of the role and re-engineering of the recruitment-selection-and-placement processes used by U.S. school systems, far too many of our neediest schools will continue to lack the leaders that their pupils deserve,” Chester Finn, president of Fordham and one of the report’s lead authors, told me.

It’s worth noting that Fordham isn’t the only organization focusing on campus leaders. The National Institute for School Leadership trains principals and other school leaders for a fee, commissioning reports from outside institutions to measure their effectiveness. And the Wallace Foundation has devoted significant resources to studying – and improving – the principal pipeline.

The Fordham report highlights several “best practices” that have surfaced in recent research, said Jody Spiro, director of education leadership for the Wallace Foundation. Among them, she said, are that “each school has different needs and candidates need to be vetted against the specific needs of a given school.  One size does not fit all.” The principal’s job must be made “more doable,” Spiro said, and districts need to set research-based hiring standards.

Additionally, the foundation recommends districts adopt a tracking system to determine the additional training and certification principals have received, whether they undergo professional development on the job, and whether they were assigned a mentor. Those kinds of metrics help districts to be “an informed consumer of the training programs rather than a passive recipient of those who have been trained,” Spiro told me.

Another consideration, said Spiro: Districts need “the political will to not hire candidates who do not meet the district’s standards” and also to resist hiring “from (principal training) programs that consistently do not meet those standards.”

Indeed, there’s been research showing noticeable but small achievement gains from good principals. Studies from the universities of Minnesota and Toronto found that in ranking school-site influences on student achievement, the effectiveness of the principal was second only to the quality of the classroom instruction. (And consider this: Wallace-supported research has found that high-quality school leadership was more likely to help improve student achievement in campuses with track records of poor academic performance.)

However, it’s a mistake to cast principals as superheroes or saviors, capable of singlehandedly turning around struggling campuses. And a 2013 study out of Stanford University found that not all forms of instructional leadership are equal: Principals had a positive effect when they focused on coaching teachers and supporting the school’s educational programs. But when principals’ interactions were largely limited to classroom visits, there was actually a negative effect on student test scores.

So why does this matter? We are in an era of unprecedented school reform efforts, with states and districts revamping and revising campus instructional programs and policies on a routine basis. It’s up to the principal to help teachers and students navigate unfamiliar waters.

As a result, it’s understandable that frustration levels are running high throughout the education community (including parents). And we know that when principals quit early on in the process, it can mean a setback for student learning. Consider this 2012 RAND study, which found that principal turnover can mean a downslide for school achievement.