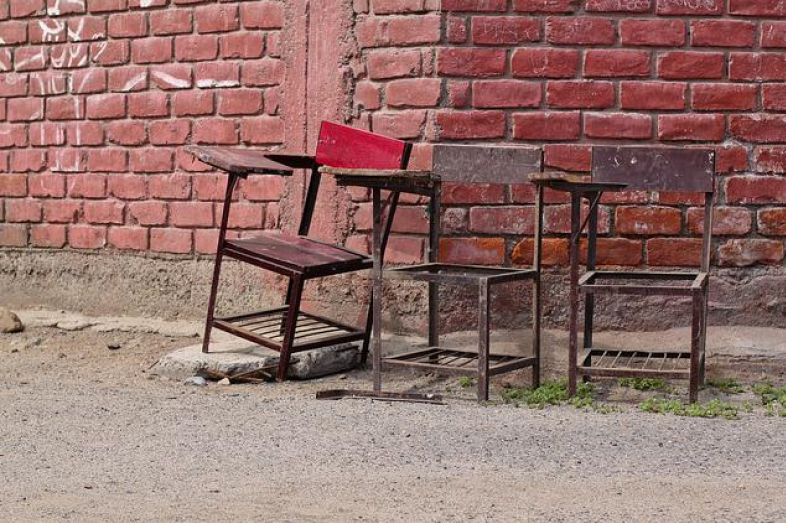 One question that often comes up during state legislative sessions is whether it’s a waste of money to increase educational spending in large urban areas with high poverty and low student achievement.

“There’s a very pervasive view out there that money doesn’t have an effect on outcomes at all,” said Kirabo Jackson, an economist at Northwestern University, during a panel at the Education Writers Association’s October seminar on poverty and education.

Looking just at the national data on average per-pupil spending and test scores over time ignores important local factors that could also have an impact, said Jackson. But by zeroing in on states that have undergone court-mandated financing reforms, Jackson and a team of researchers at Northwestern were able to isolate the far-reaching effects of these spending “shocks” on students’ long-term educational attainment.

What they found was that in areas that saw no significant changes in spending, educational attainment was “pretty flat,” Jackson said at the EWA seminar for journalists in Chicago. But the opposite was true for children who grew up in areas where per-pupil spending increased.

“A 10-percent increase in spending leads to an additional 0.3 years of education,” Jackson said. “And the effect is about 30 percent larger for individuals who were low-income children at the time of the reforms.”

In particular, he added, the improved outcomes were seen when spending was increased on instruction, support staff, smaller classes, higher teacher salaries and longer school years.

Jackson was one of five researchers from Northwestern’s Institute for Policy Research who spoke about their work on the EWA panel. The others were:

Emma Adam, a developmental psychologist and who talked about the impact of poverty on the so-called “stress hormone”; David Figlio, an economist who discussed why the gender gap in academic achievement is worse for black boys; Diane Whitmore Schanzenbach, who explored the trouble with focusing on quick, “silver bullet” solutions; and Jonathan Guryan, who spoke about an intensive math intervention used in Chicago Public Schools.

The panel was moderated by Sarah Karp, a reporter at the Better Government Association who has covered education in Chicago for more than a decade.

“So many of the stories that we do, the underlying reason, the underlying narrative, is poverty and it’s always difficult to figure out how to tell those stories,” said Karp.

A big question education reporters often ask themselves is how much schools can be expected to overcome the barriers of poverty — and how to avoid simplistic stories about “the one school” that is successful, Karp said.

Guryan said there are ways for high-poverty schools to beat the odds and boost academic outcomes for poor students, such as the math intervention program he studies. But that doesn’t mean it’s fair to compare attainment levels at these schools with those of  low-poverty schools.

“It’s not failure to then look and see that those kids don’t have the same SAT scores as the kids who went to New Trier (a public high school in a wealthy Chicago suburb),” he said.

Adam agreed with Guryan, and said a similar argument can be made about stress levels, which are higher for low-income students and can affect their cognitive functions. She said schools can still have an effect — by either counteracting the stress students bring from home and providing a calm environment, or by exacerbating that stress.

“You have to consider the interaction between the external stress and the stress in the school environment,” she said.

One point repeatedly emphasized throughout the EWA panel was how much context matters in understanding and telling stories on poverty and education.

“You can’t just look at before and after and ascribe causality,” said Figlio, when asked how much stock to put into long-term academic growth metrics in cities that are gentrifying.

He described how he recently served on a National Research Council panel to evaluate reforms in the District of Columbia school system.

“One of the major things we as a panel came up against was that so much was changing about the set of people who were attending schools, about the schools themselves, about everything in Washington.” Ultimately, the researchers concluded that there was very little they could “actually say about what actually happened there.”

Figlio said that’s when reporters should start asking questions about the evidence they’re presented. What you should believe is “not necessarily the things where the people are talking the loudest,” he said.

Whitmore Schanzenbach also urged reporters to think about context when policymakers unveil new educational efforts to address poverty. As an example, she described the “small schools movement” that took off more than a decade ago but has been abandoned in some cities, such as Chicago, when it didn’t immediately “solve everything.”

New research is now showing that “those small schools served very, very bad off children and did very impressive work with them,” she said. “That doesn’t show up as neatly as you would like to in the [outcomes], because they were serving kids who were worse off. You need to understand the context.”

Her takeaway? Reporters, Whitmore Schanzenbach said, should “hold policymakers’ feet to the fire and not let people try a quick infusion of money and then abandon it if it hasn’t worked five minutes later. There is no panacea in education.”