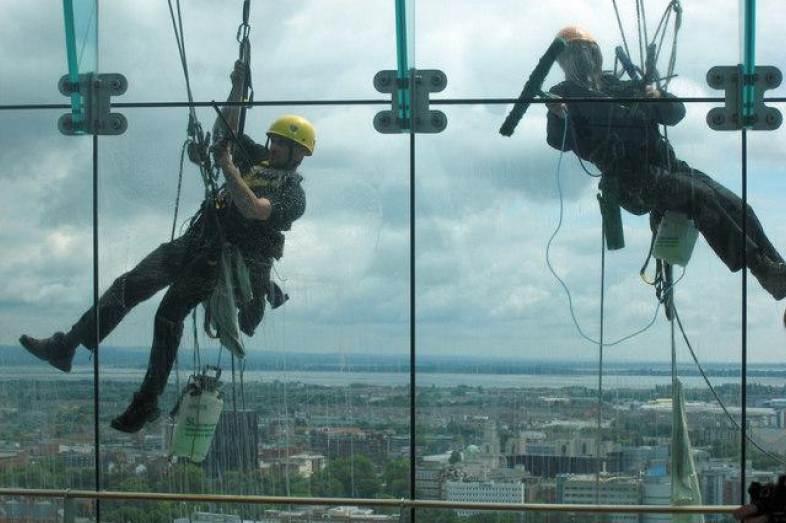 Louise Kiernan, the editor-in-chief of ProPublica Illinois, once had an illuminating conversation with a reader about anonymous sources. The person thought that an anonymous source was unknown to everyone, including the reporters.

“It wasn’t about this person’s ignorance, it was about our arrogance” and failure to fully explain how journalists gather and present news, Kiernan said during a session at the Education Writers Association’s 2019 National Seminar in Baltimore.

Newsrooms across the country are reckoning with similar disconnects as they face some of the lowest levels of trust in media in history and regular accusations of “fake news.”

Kiernan and Lynn Walsh, the assistant director of Trusting News, along with Bene Cipolla, the executive editor of Chalkbeat, outlined transparency, communication and engagement strategies journalists can use to earn back people’s confidence. Trusting News, an organization dedicated to combating mistrust in media, offers free coaching sessions for reporters and editors to tackle specific problems, as well as a searchable database of hundreds of examples of successful strategies.

Ask for, and respond to, feedback

One first step to increasing transparency can be as simple as starting a dialogue with readers, said Walsh.

News outlets shouldn’t just wait for people to come forward with gripes, she said. Instead they should jump-start the dialogue by actively reaching out and soliciting feedback.

“How often do we ask our users how we are doing?” Walsh said. “What do they misunderstand? What makes them mad? … We can ask these kinds of questions just to find out where we are starting with our users. ”

To make sure the dialogue doesn’t further alienate readers or eat up all journalists’ time, Walsh recommends setting and publicizing clear expectations for how news outlets respond to audience feedback, including setting time or length limits for interactions.

Journalists should talk to audience members one-on-one about their concerns when possible, she said. And when answering questions, “Try to bring it back to your values and ethics” rather than just saying, “This is what my editor told me or this is what our policy is,” she said.

Trusting News worked with one newsroom that solicited feedback and heard from several people who were unhappy with a lack of education coverage. Their first instinct was to dismiss the critique because they did have an education reporter, Walsh said. But when the news outlet looked back at its coverage, the staff realized that the reporter was regularly being pulled onto other stories outside the beat.

“We need to be better about understanding that we’re not perfect,” Walsh said. “If we do make a mistake, own up to it immediately,” she said. “You might not always act on everything that you hear – you probably won’t – [but] can some of that feedback make your content better?”

Walsh recommends trying to explain any part of the journalistic process that readers might not understand correctly. Take, for instance, the assumption that news outlets write clickbait headlines. Some newsrooms have posted stories about how their headlines are written.

Another common issue: the difference between news and opinion.

“Labeling is so important,” Walsh said. In a newspaper, an opinion piece will be clearly labeled as such and on the same page as other opinion pieces. “On social media, [readers] might see someone share it and think it’s a news article.”

Show what happens behind the scenes

As Kiernan’s story about anonymous sources demonstrates, the journalistic process is not necessarily well understood by the general public.

Newsrooms across the country are trying to educate their audiences about the decisions that go into the final products they publish. KCRG, a TV station in Iowa, has done video Q&As with readers to answer questions about how they check facts and how they decide what stories to cover. A question on the Coloradoan’s Facebook page about one crime story turned into a separate post about how the newsroom reports on crime generally.

Other news outlets have posted or published explanations of decisions about everything from how they select wire stories to run how they handle reports of suicide attempts.

Walsh and Kiernan recommend a three-pronged approach to explanations of the journalistic process:

Kiernan and Chalkbeat’s Cipolla said that some of their most important transparency work comes from getting out of the newsroom and visiting with audience members in their communities.

For Chalkbeat, visiting with community groups is a part of the overall engagement strategy.

“Our transparency efforts go hand in hand with our work on engagement,” Cipolla said. Chalkbeat staff often hold open office hours at community meetings and spaces in the areas they cover. They publicize the meetings as opportunities for anyone to visit and talk with them.

In Chicago, for example, they recently held office hours in Chinatown, a place where the newsroom wanted to provide more coverage. The effort resulted in a story Chalkbeat otherwise would not have known about.

Chalkbeat also makes a conscious effort to build personal connections with readers in little ways, such as talking about kids and hobbies in their newsletters.

“We try to be human in our newsletters,” Cipolla said, “so people really build relationships with us.”