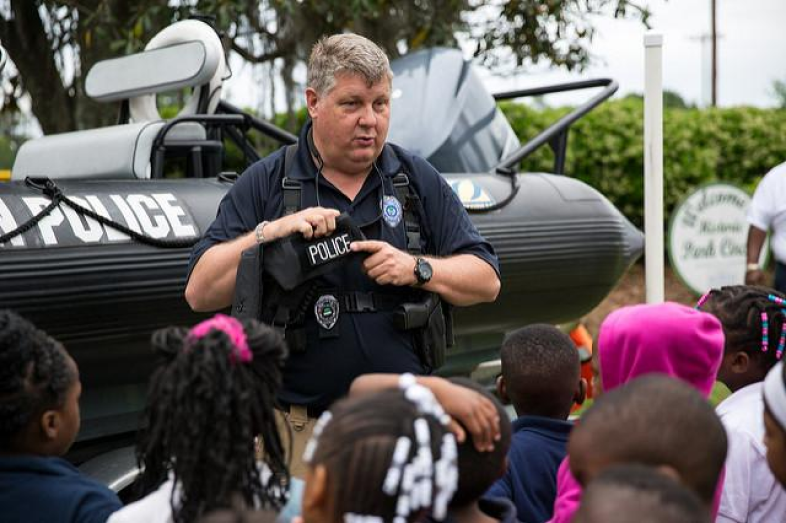 School Security: Inside or Out?

The grim subject of violent attacks in schools seems unlikely to go away. While the 2012 massacre at Sandy Hook Elementary School appeared to be a watershed moment in the national conversation about how to keep schools and students safe, school shootings have continued and little has changed in how the issue is covered in the news media.

Most stories about school security center tend to focus on extreme events or threats.

But school-safety experts urged reporters to get beyond those breaking news narratives of violence during a panel discussion last month at the Education Writers Association’s National Seminar in Boston.

One analyst said violent school attacks have had a significant influence on how schools operate — with a cascade of often negative effects on students and their learning.

“Many of the policies intended to strengthen school safety have become powerful forces in the school-to-prison pipeline,” said Robin Lambert, a researcher at the Rural School and Community Trust, pointing to harsh discipline policies and safety practices that isolate students. She authored a 2013 report that studied school violence over four decades. Her research, which examined 80 attacks and 700 media accounts between 1974 and 2013, showed that most deaths were caused by an acquaintance of the victim or were the result of an interpersonal dispute rather than from an anonymous or mass attack.

Kenneth Trump, a school security consultant who works regularly with districts across the country, urged reporters to look at less obvious security threats, such as neighborhood violence or failing to check a student’s custody situation.

Still, mass attacks like Columbine and Sandy Hook have changed the school-security landscape. Trump said that for years, he had to push schools to consider security measures. Now, “I tell them to let off the reins.”

Reporters should keep a skeptical eye on flashy, tech-focused measures like cameras and school safety apps, which may do little to improve school safety and may divert funds from more effective strategies.

Erroll Southers, a national security expert, said the first question reporters should ask is if the school has actually done a security assessment, which would provide them with key next steps. The next question, he said, is whether they’re following those steps.

Reporters should also watch for schools going overboard. For example, school districts may issue press releases touting their active shooter training with students. Trump said those trainings deserve a closer look, especially when very young students are involved. The same principles of age-appropriate education strategies that apply to English and math should apply to school security.

And beware the technology fix for security weaknesses. One school Southers visited had 30 cameras installed. He told school officials to pare it down to four cameras in key locations. And he urged reporters not to take districts’ requests for school resource officers or police officers in schools at face value.

“The solution here is not fire power,” he said. “Not every school in America needs an SRO.”

In addition, ramping up security in schools often involves ongoing costs that may be neglected later. Many security systems are installed but not maintained, leaving only an expensive illusion of safety. The experts suggested that journalists request maintenance logs from schools and vendors and see if the systems are being maintained.

Lambert ultimately suggested that human support systems may be the best bet to improve safety.

“We must create structures that connect kids to other kids and adults,” she said.

Many schools have cut back on mental health services, which may prevent all manner of school violence, according to Lambert. When covering schools doing security planning or even responding to an incident, it’s worth looking at what kind of mental health support and monitoring they have in place to prevent further violence.

Southers offered an anecdote that reinforced this type of solution. One exercise he does with schools is to ask students, teachers and community members who would be on the suspect list if there were a school shooting. He says that list is nearly always the same. Individuals who are potential threats are often known to the school community, so reporters and schools can tap into that knowledge.

Here are a few final tips from the panel discussion on how to cover school security accurately and ethically, in the event of an attack and in general: