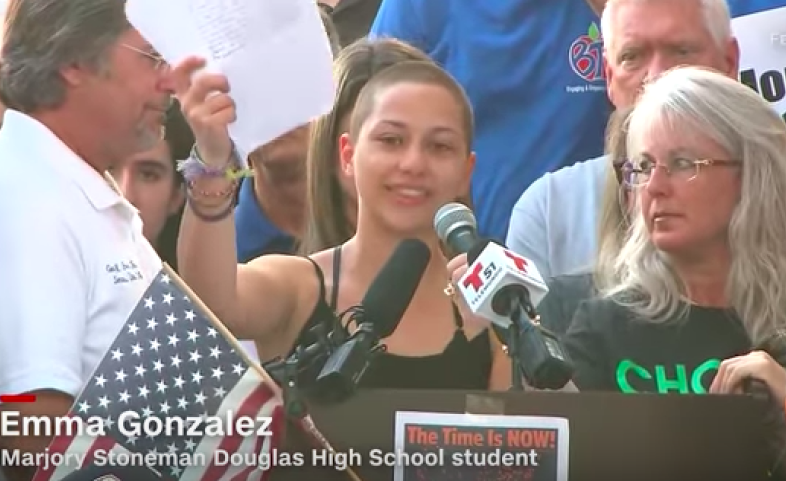 As the nation faces the fallout from the most recent school shooting, which claimed 17 lives in Parkland, Florida, some education reporters are rethinking their professional best practices.

Among the questions: How should news outlets tally school shootings, given that advocacy groups and researchers often disagree on how to “count” campus incidents involving guns?

What is a news organization’s obligation to counter intentional misinformation aimed at influencing public conversations around gun control?

Are the rules changing on tapping children and younger teens as sources when so many of them are eyewitnesses to the violence?

Unfortunately, the odds continue to grow that, at some point, an education journalist will be tasked with covering a school shooting. After all, the violence at Marjory Stoneman Douglas High School in Florida wasn’t the first campus shooting this year. Lulu Ramadan, 23, has covered three mass shootings since joining The Palm Beach Post in 2015.

To be sure, reporters ranging from the local beat to national outlets have already produced important, and often provocative, stories. Here are a few issues worth highlighting:

Let’s start with the obvious: Even one school shooting, one person killed or even injured, is too many. But providing accurate data matters, especially as a means of understanding the scale and scope of campus violence. Shortly after a gunman killed two people and injured more than a dozen others at Marshall High School in Kentucky on January 23, The New York Times said it was the nation’s 18th school shooting of the new year. Others, including The Washington Post, have since challenged that figure. (For more on this debate, see “The Grade” blogger Alexander Russo’s take shortly after the Kentucky shooting.)

Education Week has begun tracking school shootings, and called Parkland the sixth such incident in 2018. Here’s how Education Week described its methodology: “incidents where a firearm was discharged inside a K-12 school building or facility, on a school bus, or at a school-sponsored event, resulting in injury or death of individuals who are not the suspect.” Suicides by firearm will not be reported.

This debate is far from over, but coming to some agreement on how these incidents will be categorized and tallied is an important start, especially if Congress lifts the prohibition on using federal funds to study the impact of gun violence. That could be just one of the substantive policy changes to come out of the most recent round of tragedies.

What is a teacher’s job?

Several heart-wrenching stories of heroism by educators have emerged from Parkland, including a teacher who hustled dozens of students to safety only to be killed in the doorway of his classroom. This is far from the first time an educator has given his or her life for a student during a school shooting. (Similar reports emerged after the killings at Columbine and Sandy Hook, for example).

But what feels different this time is how teachers are openly discussing how they’re preparing — both mentally and from a logistical standpoint — for such a scenario. As Julie Turkewitz reported for The New York Times, teachers have a new role: as human shields. A Florida teacher gave Chalkbeat a firsthand account of what it’s like to live in an era of lockdown drills. And writing for Education Week, Madeline Will looked at how similar emotions are running high for teachers across the country.

Some of the loudest voices to be heard after the Florida shooting have also been the youngest. That hasn’t sat well with everyone. On this point, I’ll reiterate what I’ve said on Twitter: We can’t tell students to be more engaged in the world around them and then not listen to what they have to say.

Emma Gonzalez, a senior at Marjory Stoneman Douglas High School, saw her scathing rebuke of President Trump and the National Rifle Association go viral. Student journalist David Hogg used his phone to interview classmates as they huddled in a closet for several hours during the shooting. (He and other Stoneman Douglas students were feature guests on the Sunday morning news shows this past weekend.) Some pro-gun groups have sought to discredit Hogg, based in part on the fact that his father is a retired FBI agent. And conspiracy theories are plentiful, as they often are after mass shooting events.

While survivors of past shootings have certainly taken on advocacy roles later on, nothing matches the current moment in terms of both intensity and immediacy. The digital natives know how to use social media to spread their message — often better than their parents, teachers or other adults. As a result, it’s understandable that, increasingly, reporters will seek to communicate with teens on those platforms — often with little or no adult oversight.

But that shouldn’t supercede common sense in how reporters approach interviewing teens, especially in the wake of tragedy and trauma. The Dart Center at Columbia University’s School of Journalism offers smart guidance, and EWA’s Reporter Guide to Interviewing Children may also be useful.

U.S. Secretary of Education Betsy DeVos has called for Congress to hold hearings on school shootings. The last time that happened was in 2013, a few months after the massacre at Sandy Hook Elementary School in Newtown, Conn., and not much came out of it in terms of new federal policy. Would that change this time, presuming hearings were even scheduled?

It’s worth noting, as Politico’s Kimberly Hefling did, that Trump’s proposed education budget would slash federal funding for campus safety. (Read my piece on why that proposal isn’t likely to get traction.) Trump has since announced plans to regulate “bump stocks,” devices that allows shooters to fire automatic weapons more rapidly. But critics of the president, including many students, expressed dismay that his tweets on the subject appear to lay the blame for the violence on the FBI (which received, but apparently didn’t follow up on, a tip about the Parkland shooter) and even the victims themselves.

In the meantime, student walkouts and rallies are happening across the country this week, and Parkland survivors are helping to organize a march on Washington for March 24.

Want to know more? Writing for Politifact, Amy Sherman looked at approaches to preventing school shootings. We covered the ins and outs of social media as a reporting tool at EWA’s 2017 National Seminar. And we looked at school safety at the 2016 annual conference. You can read the write-up from that session here.