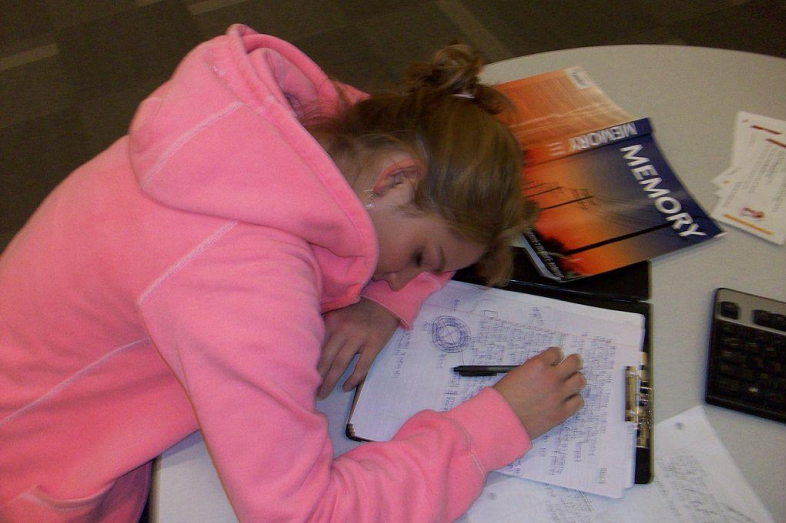 Schools Slow to Wake Up to Research on Sleepy Teens

For the first time, the federal Centers for Disease Control and Prevention is urging education policymakers to start middle and high school classes later in the morning to improve the odds of adolescents getting sufficient sleep to thrive both physically and academically.

The CDC’s recommendations come a year after the American Academy of Pediatrics urged schools to adjust start times so more kids would get the recommended 8.5-9.5 hours of nightly rest. Both the CDC and the pediatricians’ group cited significant risks that come with lack of sleep, including higher rates of obesity and depression, motor vehicle accidents by sleepy teen drivers, and an overall lower quality of life.

“Getting enough sleep is important for students’ health, safety, and academic performance,” Anne Wheaton, lead author and epidemiologist in CDC’s Division of Population Health, said in a statement. “Early school start times, however, are preventing many adolescents from getting the sleep they need.”

In more than 40 states, at least 75 percent of public schools started earlier than 8:30 a.m., according to the CDC’s report. And while later start times won’t replace other important interventions – like parents making sure their children get enough rest – schools clearly play an important role in students’ daily schedules, the report concluded.

The Science of Sleepiness

While the federal recommendation is making headlines, the data on the potential risks of chronically tired adolescents isn’t new information. Indeed, the research has been accumulating steadily for many years, including some recent large-scale studies.

As the Minneapolis Star-Tribune reported in April, the University of Minnesota’s Center for Applied Research and Educational Improvement (CAREI) “finally put to rest the long-standing question of whether later start times correlate to increased academic performance for high school students”:

“Researchers analyzed data from more than 9,000 students at eight high schools in Minnesota, Colorado and Wyoming and found that shifting the school day later in the morning resulted in a boost in attendance, test scores and grades in math, English, science and social studies. Schools also saw a decrease in tardiness, substance abuse and symptoms of depression. Some even had a dramatic drop in teen car crashes.”

Here’s what we know: Adolescents’ “internal clocks” – the circadian rhythms that control our responses to stimuli and determine sleep patterns – operate differently than those of other age groups. It’s typically more difficult for them to fall asleep earlier in the evening. And while teenagers are going to bed later, their school start times are often becoming earlier as they advance through middle and high school.

In a landmark study of adolescent sleeping habits in 1998, researcher Mary Carskadon of Brown University followed 10th graders who were making the switch to a 7:20 a.m. start time, about an hour earlier than their schedule as ninth graders. The students went to bed at about the same time: 10:40 p.m.

Carskadon’s team found that students were showing up for morning classes seriously sleep-deprived and were expected to be awake during hours that ran contrary to their internal clocks. Fewer than half of the tenth graders were averaging even seven hours of sleep each night, well below the recommended amount. Indeed, Carskadon’s team concluded the students bordered on “pathologically sleepy”.

So, if the science is so strong, what’s getting in the way of changing the policy?

Carskadon, a professor of psychiatry and human behavior at Brown, told me there’s no shortage of passionate arguments on both sides of the debate, and over the years she’s heard just about all of them.

In some districts, the start times are controlled by the local transportation companies, and school boards and superintendents contend they lack the funds or authority to change things. Parents are often reluctant to have teens start later because they believe it will interfere with extracurricular opportunities, or they need their older children at home in the afternoons to take care of younger siblings. And there’s always a vocal chorus warning that later start times will hurt high school sports.

But none of those worries override the reality that, as Carskadon put it, “Everybody learns better when they’re awake.”

There are ways to make later start times happen without major disruptions, as many school districts have demonstrated, Carskadon said. But it requires all sides committing to a potentially time-consuming process of finding creative solutions. That’s not easy to do, she added.

“Social norms are at the root of this problem – most people don’t take (adolescent sleep deprivation) seriously and don’t see it as a public health issue,” Snider said. “That kind of thinking has to change.”

One of the problems facing advocates of later school start times is that the people sympathetic to their point of view usually don’t have the authority to reset the academic clock, Snider said. Parents typically only care about start times when their own family’s schedules are involved, she said. That means roughly every four years the key players are replaced, and the grassroots efforts have to start from scratch.

“You start talking about changing start times, and people immediately jump to ‘Teens will miss out on sports, little kids will go to school in the dark and get run over by a car, what will happen to my child care,’” Snider said. “A lot of these fears and speculations turn out to be red herrings. The real obstacles are failure of imagination.”

Snider is hopeful that the policy pressures are reaching a tipping point, with the help of major voices like the CDC weighing in.

“It’s becoming increasingly embarrassing to say ‘if we start school later what happens to my kid’s three-hour soccer practice,’” Snider said. “We have to convince school systems this has to happen for the health of kids. It’s not a negotiable school budget item — it’s an absolute requirement.”