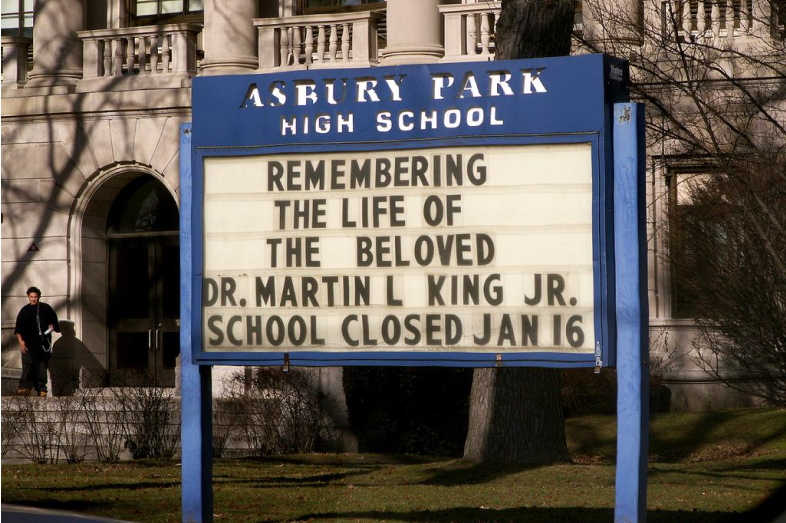 Today is a federal holiday, which means offices and schools are closed in Washington, D.C., as well as many other parts of the country. But it’s not an automatic day off for all students.

In some states, districts have abandoned plans to observe Martin Luther King Jr. Day today and instead are holding classes to make up for time lost during the recent record-setting spate of winter storms.

The decision to hold classes in some districts in Indiana didn’t sit well with Mark Russell, director of education, family services and housing at the Indianapolis Urban League.

“Given the history of this nation and the unique role that race and race relations has played from its inception, this one long-hard-fought-for holiday — I would hope there would be some recognition that this is not just another holiday,” Russell told the Indianapolis Star.

A few years ago similar decisions to turn the holiday into a makeup day in Georgia, North Carolina and South Carolina drew sharp criticism from civil rights leaders who said it was an insult to King’s memory.

“It always seems like Martin Luther King day is the first one they are willing to give up,” Dot Scott, president of the Charleston branch of the National Association for the Advancement of Colored People, told the New York Times.

In Iowa City, school is in session today not because of the recent “polar vortex” but instead due to a quirk in state law. The local school board had considered observing the federal holiday but was informed by the Iowa Department of Education that it didn’t have the authority to keep students out of class for that purpose. Community leaders said while they realized the school board couldn’t buck the state, the decision was still disappointing. From the (Cedar Rapids) Gazette’s reporting:

“I sincerely hope, since they are holding school on Martin Luther King Day that they do teach that message and they do reinforce the importance of the Civil Rights Movement,” said Alecia Brooks, a local resident and member of the Coalition for Racial Justice.

Indeed, in many schools today is about special assemblies, guest speakers, and activities related to civil rights. Some advocates contend that’s a better tribute to King than simply canceling classes and hoping students somehow use the time in a meaningful way. One option for that: Participating in the National Day of Service.

There are many sides to this argument, and it’s easy to see why some educators are conflicted about the decision to either hold classes or observe the holiday. The truth is that most people associate today (along with Columbus Day, Veterans Day and a host of other federal holidays) as a free pass from work or a chance to score big on shopping bargains. The time isn’t often used for reflection and appreciation.

Given that reality, might it be better if students didn’t miss a day of instruction? Should classes be held only if there’s an effort to relate the day’s instruction to social justice, civil rights and King’s legacy? If it’s only a token effort, will the message resonate — and stay — with kids?

We obviously can’t know which side of the debate King himself would support. But he spoke frequently about the power of knowledge, and how it had informed and shaped his own destiny. Consider the words King wrote for the student newspaper while attending Morehouse College in 1947: “We must remember that intelligence is not enough. Intelligence plus character–that is the goal of true education.”