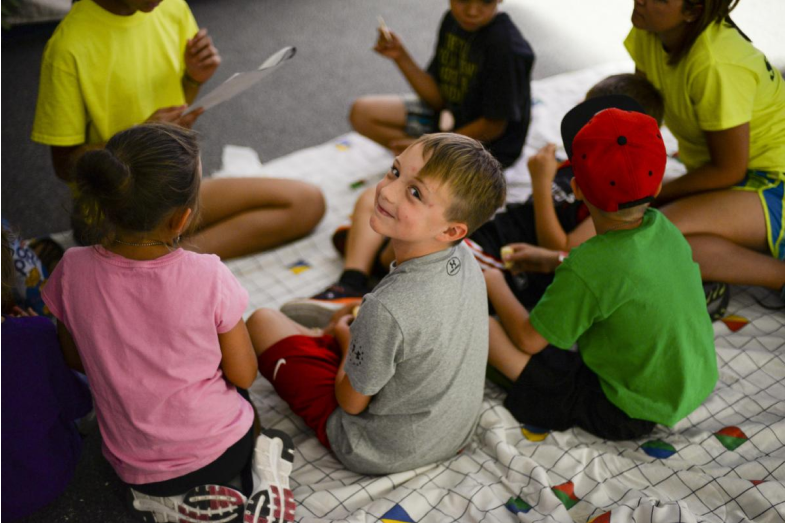 Ask a parent how their child is doing in school, and the parent may tell you how well they’re reading, or whether they agonize over addition and subtraction.

A growing volume of research, however, finds that a child’s ability to work with her classmates, or how she handles feelings of anger or excitement, can be just as pivotal to success as academics.

Although it may sound like jargon, “social and emotional learning” (SEL) has become of increasing interest to educators, researchers, and policymakers. A panel of experts at the Education Writers Association’s annual conference this month explained how schools are taking a much more purposeful approach to teaching students social and emotional skills, and how some jurisdictions are attempting to measure those abilities.

Stephanie Jones, a professor of human development and urban education at Harvard University, offered up this definition of SEL during the session: “The skills that enable you to manage and take care of yourself, get along and work well within your learning community, and engage in academic learning.”

Other phrases education journalists might have heard to describe it are, “educating the whole child,” or, “holistic education.”

The concept of teaching children how to get along is hardly new to classrooms. What is novel is teaching these skills in an explicit way and measuring students’ abilities in these domains, as another speaker on the panel noted.

“I think it’s funny when you talk to a lot of educators about SEL being a new thing, and they’re like, ‘What are you talking about? I’ve been doing this for years,” said Bob LaRocca, the director of policy and communications at Transforming Education. This Boston-based nonprofit organization works with schools and districts to help them develop and track students’ SEL skills.

‘It’s Not About Being Perfect’

Demonstratively teaching children how to recognize and regulate emotions is one aspect of SEL, according to Jones. Adults demonstrating those positive interactions is also a critical component.

“It’s not about being perfect,” Jones said. “(Teachers) can show kids, ‘I can get angry, and then I can calm down. I can help you when I see you’re getting frustrated.’ ”

A positive school climate is another key ingredient, said Antwan Wilson, the chancellor of the District of Columbia Public Schools.

“We want to create spaces where young people feel loved,” Wilson said at the EWA event. “And the great thing about that word is, it gives you the latitude to really have high expectations and push young people, and at the same time, nurture them when things don’t necessarily go the way they’d like them to go.”

Wilson took the helm of the 48,500-student district in February after leading the Oakland Unified School District, which is part of a group of California districts pushing to incorporate SEL in schools.

How can a school test emotional intelligence or resiliency? Mostly through surveys with qualitative questions, according to Wilson.

The group of California districts asked students whether their teachers believed in their abilities, and how challenged they felt in school, among other questions. They also surveyed teachers about whether they felt they had the resources and training to meet students’ needs.

If a school is going to measure SEL, it must know why it wants the data and how it plans to use it, said Raegen Miller, the research director for FutureEd, an independent think tank at Georgetown University.

“If they don’t (have a purpose for the test), the chances are they’ll sort of swirl around and wind up doing questionable or unproductive things,” he said.

Miller also cautioned that SEL can be considered “politically sensitive” in some regions of the U.S. — particularly in socially conservative places, where families may feel this kind of instruction treads on the family’s turf of teaching behavior and morals.

What should reporters ask about SEL that isn’t getting much attention now?

Jones said it would be interesting to explore how teachers are integrating SEL in a “covert” way into academic lessons, where they may be modeling healthy social interactions while teaching a math problem, for example.

Journalists also can ask school districts how they’re testing students on SEL skills, if at all, LaRocca said.

Several states thus far have indicated that they will collect and report some SEL data as part of their revamped accountability plans submitted under the federal Every Student Succeeds Act. But reporters should look beyond those plans to see what information schools are compiling, LaRocca said.

Writers could also help explain that emotional skills, such as the ability to accept and act on constructive feedback, are practical and in demand, Wilson said.

When hiring, businesses care about these attributes — not just academics, said Miller.

For more on social and emotional learning, be sure to visit EWA’s Psychology of Learning Topics Page.