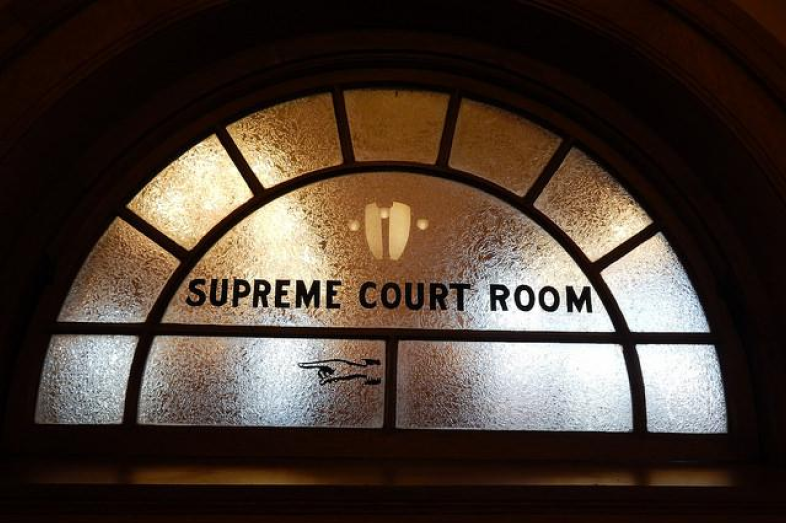 When policymakers and advocates refer to education as “a civil rights issue,” fiscal equity is often framed as a piece of that equation. And in a landmark ruling, the Kansas Supreme Court has ordered the state to address significant shortfalls in how its public schools are funded, citing low academic achievement by black, Hispanic, and low-income students as among the deciding factors.

As The Wichita Eagle explains, the suit was filed by four school districts but the ruling applies to all of Kansas’ public schools: “The districts claimed the state had failed in its constitutional duty to provide “suitable” funding for public education on two counts: Ensuring adequate state funding overall, and equitably distributing it among districts.”

African American and Latino students, as well as children and youths from low-income families, have been particularly hard hit, according to the unanimous court ruling, which pointed to dismal test scores and graduation rates as evidence of the impact of insufficient funding.

The Kansas justices didn’t set a dollar amount on what public schools are owed, and state lawmakers said it will take time to review the options and respond to the ruling.

‘Chicken on a June Bug’

The plaintiffs in the case contend that annual state funding for public schools must increase by at least $900 million. Currently, the state provides about $4.1 billion each year. That represents about half of what Kansas allocates each year from tax revenues across the state government. In what might be the most Kansan quote in recent history, Alan Rupe, an attorney for one of the districts suing over the funding formula, told the Associated Press: ”We’ll be like the proverbial chicken on a June bug if the state tries to do it on the cheap.”

It’s worth noting that these cases can take many years to work their way through the courts. (A student who was a first grader when the Kansas suit was filed in 2010 would now be in their last semester of eighth grade.) Even with the Supreme Court’s ruling in hand, no one is expecting quick compliance. Back in 2011, Republican Gov. Sam Brownback slashed income taxes as a means of boosting the state’s economy — a plan that hasn’t panned out, experts say. State lawmakers, facing a $900 budget hole, are already working on a plan to increase some taxes, which could yield new revenue.

Kansas is far from the only state grappling with its school funding formulas and equity issues. Similar lawsuits have been launched in Connecticut and Texas, among other states. Remarkably, in August 2015, the Washington Supreme Court began fining the state $100,000 per day for failing to adequately fund public education: The unpaid tab now tops $57 million. With a highly effective set of infographics, The Seattle Times looked at what that money would also buy. Among the possible purchases: 1,257 annual teacher salaries; 6,847 preschool slots; or 338 “Gov. Jay Inslees,” based on his annual salary of $168,800.

“School finance reform is long overdue,” said Bruce Baker, an education professor at Rutgers University Graduate who developed the report’s methodology, in a statement. “States must develop, and then fund, school finance formulas that identify the costs of providing essential education resources to students, accounting for diverse student needs and taking into account local fiscal capacity.”

Why do these disparities matter? Whether or not a school is adequately funded can have a ripple effect on just about every aspect of a student’s educational experience. The ELC researchers concluded:

States with unfair school funding perform poorly on key indicators of resources essential for educational opportunity. In these states, access to early childhood education is limited; wages for teachers are not competitive with those of comparable professions; and teacher-to-pupil ratios in schools are unreasonably high.

Critics contend that there’s plenty of money flowing to public schools – it’s just not being spent wisely. The argument that “more money doesn’t necessarily mean better results” was repeated frequently by Kansas State solicitor general Stephen McAllister in his arguments before the state’s Supreme Court, according to The Kansas City Star:

Kansas is making excellent use of resources to have schools among the best in the country, McAllister said. “Kansas may spend on the lower end compared to some states,” he said. “But it’s achieving on the higher end. In that sense, I don’t think you really should worry about the input if the output is doing well.”

“The Kansas Supreme Court correctly observes that our education system has failed to provide a suitable education for the lowest performing 25 percent of students. The old funding formula failed our students, particularly those that struggle most. The new funding system must right this wrong.”

At the same time, he added, the measure of Kansas’ success won’t be in funneling more money to schools but in actually translating that to higher student achievement.

So what’s next? Kansas lawmakers will continue working to create a new funding formula that satisfies the court’s ruling. But any plan they craft must also viable in a tough fiscal environment – no easy feat.