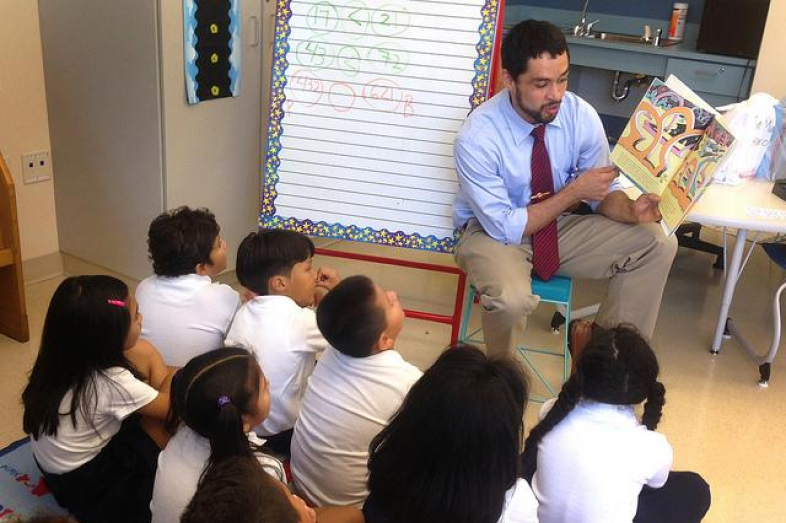 In the past quarter-century, Wendy Kopp’s idea for putting new college graduates to work in high-need public schools has grown from her undergraduate thesis project at Princeton into a $300 million organization responsible for recruiting, training, and supporting thousands of new teachers every year. Along the way, Teach For America has generated criticism even as it’s become a mainstay in many of the nation’s larger school districts.

More than 15,000 alumni of Teach For America are expected in Washington this weekend for the organization’s 25th anniversary summit. The event kicks off today with panels, keynotes, and workshops (and there’s a live stream!). Education blogger Alexander Russo highlighted some of events he’s most interested in catching, and also pulled together a list of some of the TFA alumni who are now education journalists.

Education Week’s Stephen Sawchuk spoke with me about his remarkable deep dive into TFA-Land. You can catch the full episode of EWA Radio here. We talked about the group’s efforts to maintain their national brand even while giving regional offices more autonomy, and how some individual teachers are adding a social justice element to their work with students. We also discussed some of the high-profile alumni of TFA and how their subsequent careers are influencing school “reform” debates. (Worth noting: on Thursday, Black Lives Matter activist DeRay Mckesson – a former TFA corps member — announced he’s running for mayor of Baltimore.)

While Sawchuk said he doesn’t expect his project to change anyone’s long-held beliefs about TFA, he pointed out that the organization has evolved into an innovative incubator for exploring what works — and what still needs to change — when it comes to training and supporting successful teachers.

For more on TFA: A few years ago I took a closer look at a Mathematica study of the effectiveness of TFA corps members in the classroom. Over at Latino Ed Beat, my EWA colleague Natalie Gross examined the push for more diversity in the group’s recruiting. And at our fall 2015 seminar on the teaching profession, we discussed alternative routes to the classroom that are gaining momentum.