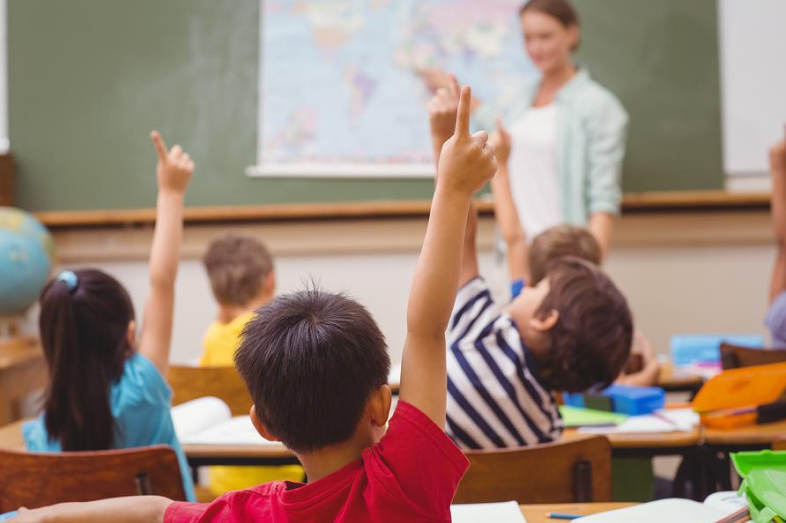 Over at EWA Radio, we explored the debate over how so-called noncognitive factors like “grit” influence student achievement, and how schools are rethinking approaches to classroom instruction as a result. I thought this was a good opportunity to revisit a recent guest post by Daveen Rae Kurutz of the Beaver County Times, looking at our “deep dive” session into these issues at EWA’s recent National Seminar:

In a second-grade classroom outside of Palo Alto, Calif., students were sharing their answers to a math quiz. A young boy named Michael held up his answer, and, as was customary, his classmates showed their verdict on the answer – thumbs up or thumbs down.

For Michael, the verdict was thumbs down. While many children – and adults – might give up after that, Michael pushed on, said Carissa Romero, director of programs at Stanford University’s PERTS (the Project for Education Research That Scales).

He started going back and forth with his peers, asking why they disagreed with his answer. He stopped, and stared silently at the overhead projector screen displaying his work. His teacher praised him, telling him that his “brain is working so hard.”

Michael was finally able to explain the right answer to his peers, a fact that excited him and his classmates.

The process relayed by Romero reflects the mindset for learning set up in this classroom. But in education, the science of learning isn’t always a focus. At the Education Writers Association’s deep dive on the science of learning at the organization’s recent National Seminar, Romero and Camille Farrington, a senior research associate at the University of Chicago Consortium on Chicago School Research, explored the idea of academic mindsets and how they can be tied to student success.

Some people are naturally predisposed to be “gritty,” to have self-control and be willing to delay self-gratification until their work is done, said Camille Farrington. But for others, these skills need to be taught just like times tables. The payoff is at times huge: Several decades of peer-reviewed research shows adopting those mindsets can lead to significant academic boosts.

These “noncognitive” abilities can be instilled directly or implicitly, though often teachers don’t realize the messages they’re signaling to their students. While subtle at first, the difference between rewarding a student for answering a question correctly and for demonstrating the will to plow through a problem is vast.

“Mindsets are habituated attitudes and beliefs,” Farrington told the EWA audience in Chicago. “We tend to, over time, come to see the world in a particular way. If teachers aren’t attending to the mindsets that kids are coming in with, they will continue to run on script.” Farrington says that part of the school experience involves developing academic mindsets – beliefs and attitudes about yourself as a student. Those mindsets can affect how the child sees the world. Done correctly, students come away with the confidence to pursue tough material, even at the risk of failing initially.

That’s what was happening in Michael’s classroom, Romero said.

“It changes the meaning of the situation the student was in to an opportunity to grow and develop,” she said. “When school is about performance and getting as much as possible, a classroom can look like this, really embracing learning and struggle.”

But Michael’s class is likely in the minority – where learning from mistakes and collaborating to reach the right answer are encouraged. In many schools, a competitive streak prevails, mirroring the spate of rankings that pit schools against schools. There are studies that show that by kindergarten, students can line up their peers by how smart they are.

That’s not a model for success, Farrington said.

“As kids get older you have to replace an existing belief with a plausible story that will help you move forward,” Farrington said. “Schools are systems, and there’s quite a bit of pressures and accountabilities … when they have to spend so much time on math and reading,” so much so that concentrating instruction on something as seemingly touchy-feely as mindsets gets scant attention.

But the brain science on how students respond to growth mindset training is anything but squishy. In fact, teaching students that the brain is a muscle that’s capable of growing stronger through exercise and effort is an underlying theme of a software called Brainology, which was produced by scholars of growth mindset and helps teachers plan their curriculum by incorporating these noncognitive strategies.

“The ‘some people are smart and some people aren’t’ mindset is pervasive throughout society,” Farrington said. “There’s a very different message in giving credit for what they accomplished – saying ‘you must have worked so hard for that.’ Parents are the first messenger of that.”

For her part, Farrington adopted a different mindset even at home with her children. Rather than offering blanket praise of “oh you’re so smart,” Farrington will encourage them to grow and give them credit for what they’ve accomplished.

There are definitely bad ways to get the idea across, Farrington said. For instance, teachers who put the mindsets on the wall and make students repeat them every day when they walk in aren’t drilling the idea into the child’s head.

Instead, they’re likely making the child feel worse about themselves when they might already feel like they don’t belong.

“Telling a student ‘thinking harder makes you smarter’ is not the same as ‘try your best and don’t give up,’” Romero said. “Trying hard can feel not so great if you’re not in a great mindset.”