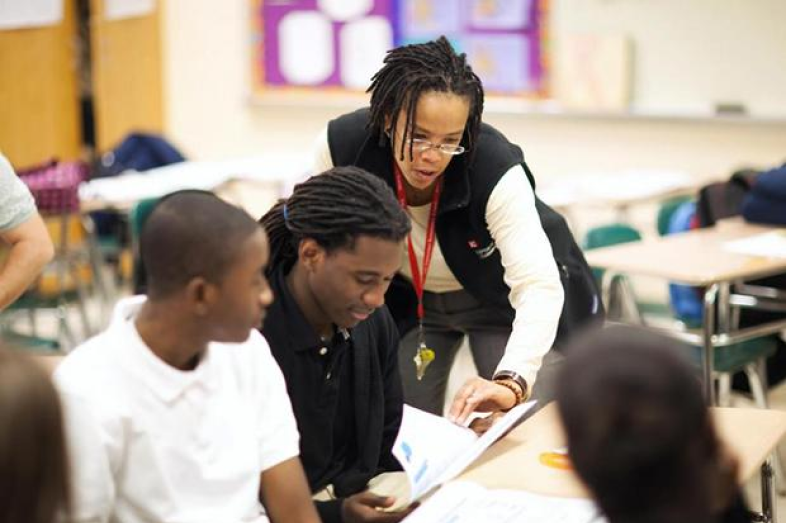 What to know when reporting on character education.

It won’t be easy, but American schools need to do more to instill civic and moral virtues in their students, three experts said at the Education Writers Association’s 2021 National Seminar.

“For millennia, people thought moral character development was part of education, but that seems to have been abandoned in the U.S. in the last 20 years,” said Andy Smarick, a senior fellow at the Manhattan Institute.

Although the panelists did not explicitly blame that shift for the rancor that’s infected U.S. politics, Ashley Rogers Berner, the director of the John Hopkins Institute for Education Policy, said political scientists consider four skills to be key to civic virtues—political knowledge, political skills, civil tolerance and community involvement. All, she said, are “in short supply in our country right now.”

Berner observed that civil tolerance, which she defined as “simply the capacity to hold other people’s opinions with respect,” is at a particularly low ebb. She argued that schools can—and should—teach this virtue.

Even now, when Americans concur on very little, they can probably agree on the need to educate children to be moral, civically involved adults.

But reaching consensus on how to do that is a far greater challenge.

Character education, said Principal Arria Coburn, is an integral part of the school’s approach. It starts in the morning with adults greeting students.

It continues in daily advisories, as well as in classes in which seven key character traits are incorporated into other work and even during lunch.

“Character education cannot live in one class. It really has to be the throughline that exists in everything we do,” Coburn said of the approach at the public magnet school, which serves about 400 students in grades 6-12.

Even in Renaissance’s small community, Coburn has encountered pushback from parents. Some told her they didn’t believe their children were ready for discussions about the violent insurrection at the U.S. Capitol on January 6 or seemed uncomfortable with having the school discuss race and equity with students.

The broader and more diverse the community, the more difficult it may be to get support from parents and political leaders.

“‘Community X’ may have one vision of loyalty vis-à-vis honesty, whereas community B may elevate one above the other. There’s no simple roadmap,” Smarick said.

Why some may or may not support teaching character education

School choice and smaller schools and districts may win parent support for teaching virtues because the community may feel confident the program reflects its values and beliefs.

“Because of our history of differences of religion and culture and lived experience,” schools teaching character will emphasize different things, Smarick said.

He added, “That’s okay. That’s America. That’s fantastic.” But within that diversity, he said, all students must learn “certain things that are important for natural rights, natural law, civility, honesty … There has to be something in that Venn diagram where there’s overlap.”

Berner noted the Netherlands recognizes its diversity by funding 36 different types of schools. But students in many countries, unlike the U.S., must take comparative religion and ethics classes that provide students with a common shared vocabulary and body of knowledge that’s being cultivated no matter what school you go to.

One particularly thorny issue with teaching moral and civic virtues is that—unlike the theory of evolution—it is put to the test every day.

Schools may fall short of expressed values, perhaps disciplining students of color more frequently and severely than white students or denying some groups of students access to challenging classes.

Berner said her organization has “tough conversations” with schools on this, making clear the need to bring the “school’s culture in line with the kind of values that you’re espousing.”

Aside from the issue of moral consistency, Coburn, Berner and Smarick offered a number of tips on what journalists should look for when reporting on the cultivation of moral and civic virtues in schools:

That said, one thing best avoided when it comes to character education, according to Smarick, is addressing it in state-standardized testing and accountability.

“I don’t think we need an accountability system for character and civic virtue,” he said.

For more on this topic, take a look at EWA’s new Character Education Reporter Guide.