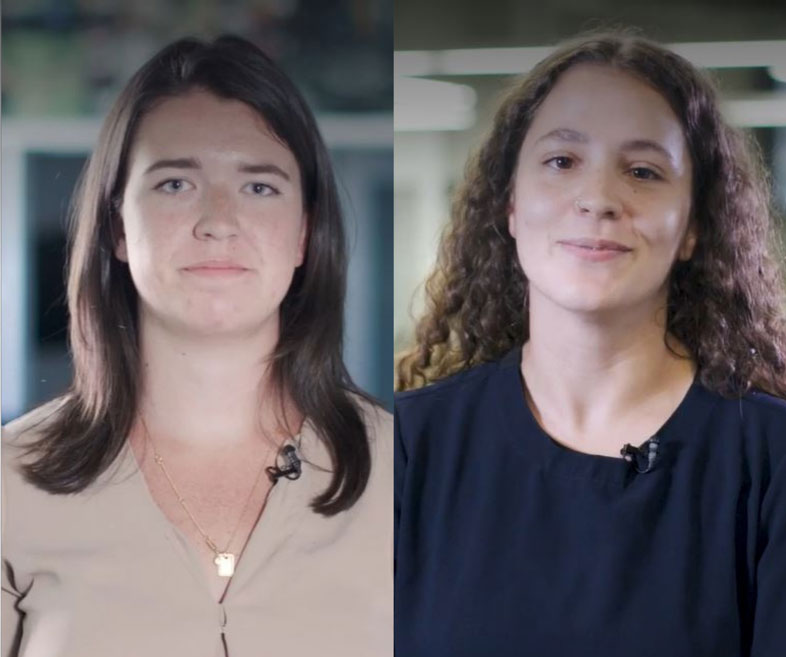 Many legacy for-profit newspapers are expanding their education coverage by seeking grants and individual donations to fund their journalism.

While effective, the creation of hybrid community-funded reporting labs takes time, effort and plenty of attention to legal details. It took more than a year for some newsroom leaders to create these nonprofit journalism units within their for-profit entities, and additional time to hire editors and reporters. Then the editor themselves had to learn how to operate what essentially became a start-up in their for-profit newsrooms. (Read about how education labs started and what they’re doing now.)

But newsroom leaders who helped create or run education labs say they’ve learned important lessons and are sharing them with anyone interested in the hybrid business model.

“You’re not doing this alone,” said Joe Kieta, executive editor at The Fresno Bee. His Central California news outlet launched an education lab in 2019. “If you need help on how to approach it, don’t hesitate to reach out to anyone. We would help because it’s important work. Learn from our mistakes. That’s powerful.”

Set a Vision You Can Pitch to Funders.

After identifying which philanthropic organizations are interested in expanding education coverage, “start laying out what the benefits would be for an expanded education team,” said Tom Huang,  the assistant managing editor for journalism initiatives at The Dallas Morning News.

“What are some tangible results you can commit to? That’s the story you want to tell,” added Huang, who played a key role in launching the News’ education lab in September 2020. “Talk about the education that exists in your city. How is it being covered? Or if it’s not being covered as well as it should be: ‘With these additional resources, here’s what could be covered’.”

Get the Paperwork Right.

This is where a “fiscal agent” or “fiscal sponsor” comes in. These are nonprofit organizations that serve as intermediaries to accept, manage and distribute funds donated from foundations to for-profit entities.

The fiscal agent that sponsors The Fresno Bee’s education lab is a local foundation, the Central Valley Community Foundation, whose Section 501(c)(3) status ensures that donations made to the hybrid newsroom are tax deductible. Like any nonprofit serving as a fiscal sponsor, the Central Valley Community Foundation manages paperwork and grant funding for The Fresno Bee, and helps ensure the news outlet stays on the right side of tax laws.

“There are a lot of organizations that can help with [fiscal sponsorship], but usually, it’s local, and it’s your local community foundation where they are equipped to make this happen,” Kieta said. “I would ask [news outlets] to approach newsrooms who had success in this and pick their brains and steal some of their ideas.”

It’s important to set goals and measure what your team is doing before and after securing grant funding, Huang advised.

“Most funders are interested in getting progress reports,” he explained.

Because The Dallas Morning News’ primary goal is to build an online audience for education stories, employees track the digital metrics surrounding in-depth stories – such as page views, recurring visitors and engaged minutes – and then set goals for percentage increases they hope to achieve. Staff also track the qualitative impact of their journalism.

“We have a spreadsheet where we keep track of mentions and times that the stories are in social media and times when policymakers, educators and influential people mentioned our stories,” Huang said.

The Seattle Times, which developed the first education lab using the hybrid business model in 2013, kept its editorial and fundraising operations separate from the beginning. In its agreements with grant funders, the newspaper spells out it has full editorial control over its journalism.

The Times also used similar language publicly to educate its audience. “We have a standard template about independent journalism. There’s no influence on our work,” Times’ Education Editor Katherine Long said. “It took a while, but readers now understand.”

Huang started by approaching connections he had already made through Poynter, American Press Institute, Asian American Journalists Association and those he met through community engagement events in Dallas.

“I have connections and relationships across the country and in different communities in Dallas,” Huang said. “That was helpful as we started to think about doing fundraising among philanthropists, both locally and nationally.”

Whether it’s an existing, or new business relationship, that doesn’t necessarily make it easy for newsroom leaders to ask potential funders for money.

“You have to learn how to deal with the philanthropic community and how to approach someone for money. That’s not natural for journalists and something we needed to learn how to do,” Kieta said. “Start with the soft introduction needed with funders. It starts with a connection, or it starts with a local community foundation who can help you navigate that. We also picked the brains of others who did it.”

Learn how to pitch, and recruit additional pitchers

Journalists often go out to meet and talk to new people every day. These skills are also helpful for those solely focused on fundraising on behalf of their newsrooms.

“Being able to go out and meet people and talk about the mission and why it’s important, being able to do some public presentations on these initiatives, that’s an important skill to have,” Huang said. “Every news organization is organized differently, but if you have someone who is outside of the newsroom who does a lot of community outreach and charitable work, you want to build a relationship with them because they can work with you on the fundraising.”

Start with local philanthropists, then branch out

Getting on the radar of a nationally operating philanthropist often means talking to knowledgeable people in the nonprofit world, but most news outlets started with advice or help from their local community foundations.

“Even a small town or a small city would have at least one or two foundations, and typically there’s a regional community foundation,” Huang said.

Statewide and national foundations may also have an interest in addition to national programs, such as Report for America, he added.

A lack of philanthropists in a small city shouldn’t be an obstacle. “Just because there isn’t a lot of money floating around doesn’t mean you can’t reach out to a bigger entity. A lot of them are international in scope,” Long said. “I wouldn’t limit yourself.”

Compared to Dallas and Seattle, Fresno isn’t a city with numerous well-known or major philanthropists in its backyard, but Kieta and his team overcame this obstacle, he said.

“I think everyone will have a unique situation,” Kieta said. “Fresno has unique aspects that make it appealing for funders. It’s a part of California that is often forgotten. The wealth is on the coasts. They’re now turning inward to places like the Central San Joaquin Valley.

Kieta offered advice to newsrooms, including those with leaders who may feel at a disadvantage in the competitive landscape for grant funding.

“Learn how the nonprofit world works. There are seasons when grants are written and produced. Charity organizations have different timelines and missions,” he explained. “Some are interested in certain topics at a certain period of time. You have to be aware of that. We didn’t do it blindly.”

“It is about telling a strong and clear story around [education],” he said. “It’s using some of your journalistic skills to do that.”

That’s exactly what Huang did. He is the editor for The Dallas Morning News’ Sunday edition and enterprise stories when he’s not working on journalism initiatives. He never reported on education nor wrote grant reports prior to beginning work on the education lab.

“I’d say grant writing is an important skill to build,” Huang said. “There are some newsrooms like Seattle that have actually created small teams where they have specialists who know how to write grant proposals and do fundraising. We have not done that yet. I work closely with our vice president for community affairs and a couple of others.”

News organizations can also take advantage of resources offered by The Lenfest Institute.

When The Fresno Bee first started its education lab, it only had enough funding for up to two years, now the lab is entering its third year, according to Kieta.

“Our job is to sustain [the lab] and keep it moving forward for as long as we can continue to tell our story and go deep on the issues,” Kieta said. “I think it will depend on the funders and if they are interested in keeping it going.”

But there are ways newsroom leaders can help ensure their grant funding stream stays solid. And that includes showing the impact of deep education reporting.

Years after former Seattle Times’ reporter Neal Morton wrote about lead in public schools’ drinking water, “a law passed in Washington to take a closer look at lead in schools,” according to Long.

“That law took years, but there was a change there,” Long said. “The more you can show structure and purpose and you’re going after stories that matter, I think that is really helpful to keeping things going.”

Digital metrics – such as ones showing stories are widely read – also help keep the lights on.

Grant renewals often come down to engaging or covering specific communities, and then showing the impact and the solutions that resulted from these initiatives.

Long shared some best practices she and other Seattle Times leaders learned from running their veteran education lab.

It’s also important to hire the right staff – at the right salaries – to help roll out education lab initiatives.

“Report for America is always looking for host newsrooms,” said Ruth Serven Smith, education editor at Al.com. “Newsrooms can get one or two reporters through that program.”

Al.com hopes to hire its two reporters permanently after their two-year RFA stint, according to Serven Smith.

The Dallas Morning News added three education reporters with the help of grants, and other staffers are also supported by donors. Huang illustrated that there are many possibilities for securing grant funding to hire staff.

Although building an education lab from the ground up requires much preparation, editors say the skills taught in journalism – listening, writing, asking questions and finding sources – go a long way in the process. 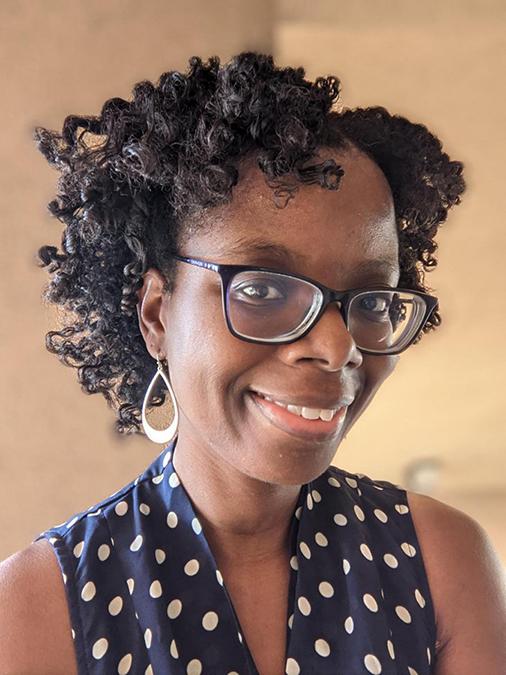