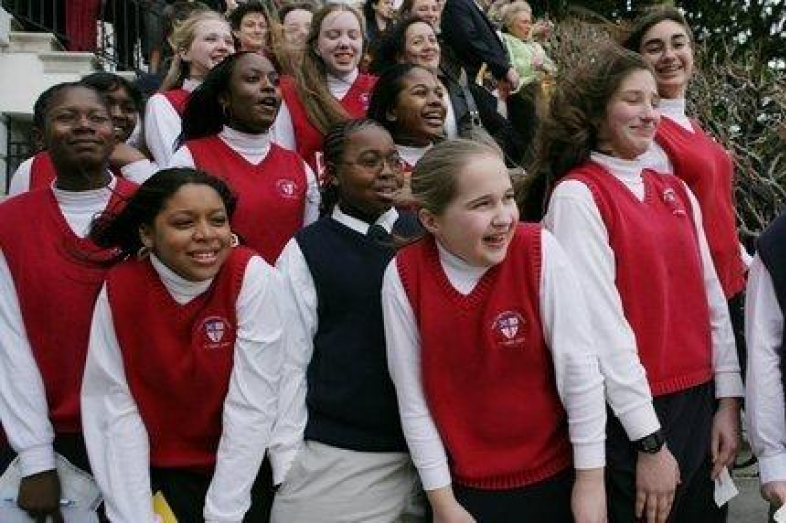 Trump and DeVos Love School Choice. But Are Vouchers the Way To Go?

Education reporters can expect to hear a lot more about school choice over the next four to eight years. U.S. Secretary of Education Betsy DeVos is a longtime choice advocate and has pledged that the Trump administration will do more to advance this cause than any other presidency.

While specifics are still in short supply on how the Trump administration’s zeal for school choice will translate into new or expanded federal programs, it’s a topic that will be hotly debated at the national, state and local levels.

Several veteran education reporters shared insights and advice on how to cover private school choice — school vouchers and voucher-like initiatives — during a panel this month at the Education Writers Association’s national seminar. The discussion came as many states have recently created new programs or expanded existing ones.

Know the Law (or Proposed Law)

These programs have varying levels of restrictions placed on them; some are only available to special education students, others may only be used by families below a certain income level. Tax credit scholarships, which currently are available in 17 states, allow companies and individuals to receive tax credits for donating money to a fund that is used to pay for students’ private school tuition.

This structure circumvents some legal issues, said Jeffrey Solochek of the Tampa Bay Times. Although critics have tried to argue that Florida’s tax credit scholarship program is illegal, they have failed to block them in the courts, he explained.

“It’s not tax dollars, so they can’t challenge the use of the money,” Solochek said.

Traditional voucher programs were found to be constitutional by the U.S. Supreme Court 15 years ago. The justices ruled that “a voucher program is constitutional as long as a parent is making a choice which drives where the money goes,” said Scott Elliott, an associate editor at Chalkbeat who also participated in the EWA discussion.

But Elliott, who has reported on vouchers in Ohio and Indiana, added that although vouchers might not violate the U.S. Constitution, there are some legal barriers at the state level. He recommends checking to see if a given state is one of the 38 that has a Blaine Amendment, which prohibits state aid going directly to religious educational institutions.

Despite the amount of attention vouchers and other private school choice programs are drawing, they still serve only a tiny fraction of school-age children in the United States. About 450,000 students across the nation use vouchers or similar programs, according to EdChoice data, though some programs, such as Indiana’s, have grown quickly. (By comparison, more than 50 million students attend public schools, including about 3 million in public charter schools.)

Special education students are often at the foreground in discussions about private school choice; about 1 percent attend private schools, according to Christina Samuels of Education week, who also joined the EWA panel.

Samuels recommends that reporters don’t just look at what drives families to use vouchers, but also explore why some families that initially express an interest in them don’t ultimately participate.

“How many students are actually taking part?” Samuels said. Can you realistically access” a participating private school]?

She recalled speaking to a parent of a child with autism who had behavioral issues; the mother was unable to find a private school that would accept her child.

It’s typically up to states to decide how, if at all, they want to hold private schools that accept vouchers accountable and what data they collect on these schools. This information can yield useful stories. Elliott said he has used demographic data from Indiana’s voucher program to show how the program is being proportionately used less and less by minorities and low-income families.

In Florida, plenty of information is available about the students who receives tax credit scholarships — the districts they come from, their gender and their race, for instance — and where the students go, Solochek said. This data reveals schools where almost 100 percent of students are on scholarships, as well as schools that very few scholarship recipients attend.

But there’s still less access to information than in public schools and very little data on how these private school students fare, Solochek said. Florida law requires students participating in the state’s private school choice programs to take a standardized test, but does not dictate which one. Most private schools choose a nationally norm-referenced test, meaning it’s impossible to compare them to Florida public schools and often even to each other.

By contrast, in Indiana, private schools that participate in the state voucher program must administer take the state exams for math and English/language arts to all students. This data is reported to the state, which assigns a ranking to each private school in its A to F system, much like public schools. In addition, as an overview of choice programs by the National Conference of States Legislatures explains, voucher schools that over time receive low ratings are no longer allowed to accept new voucher students.

The information available for participating private schools is limited, however. Elliott explained that the state does not release data specifically on voucher student performance, preventing comparisons to public schools or to students’ prior performance.

Elliott encouraged reporters covering voucher programs or proposals to ask about what data will be reported.

He also had a message of caution due to the lack of comprehensive data: “Be very careful of making declarative statements like vouchers do work or don’t work.”